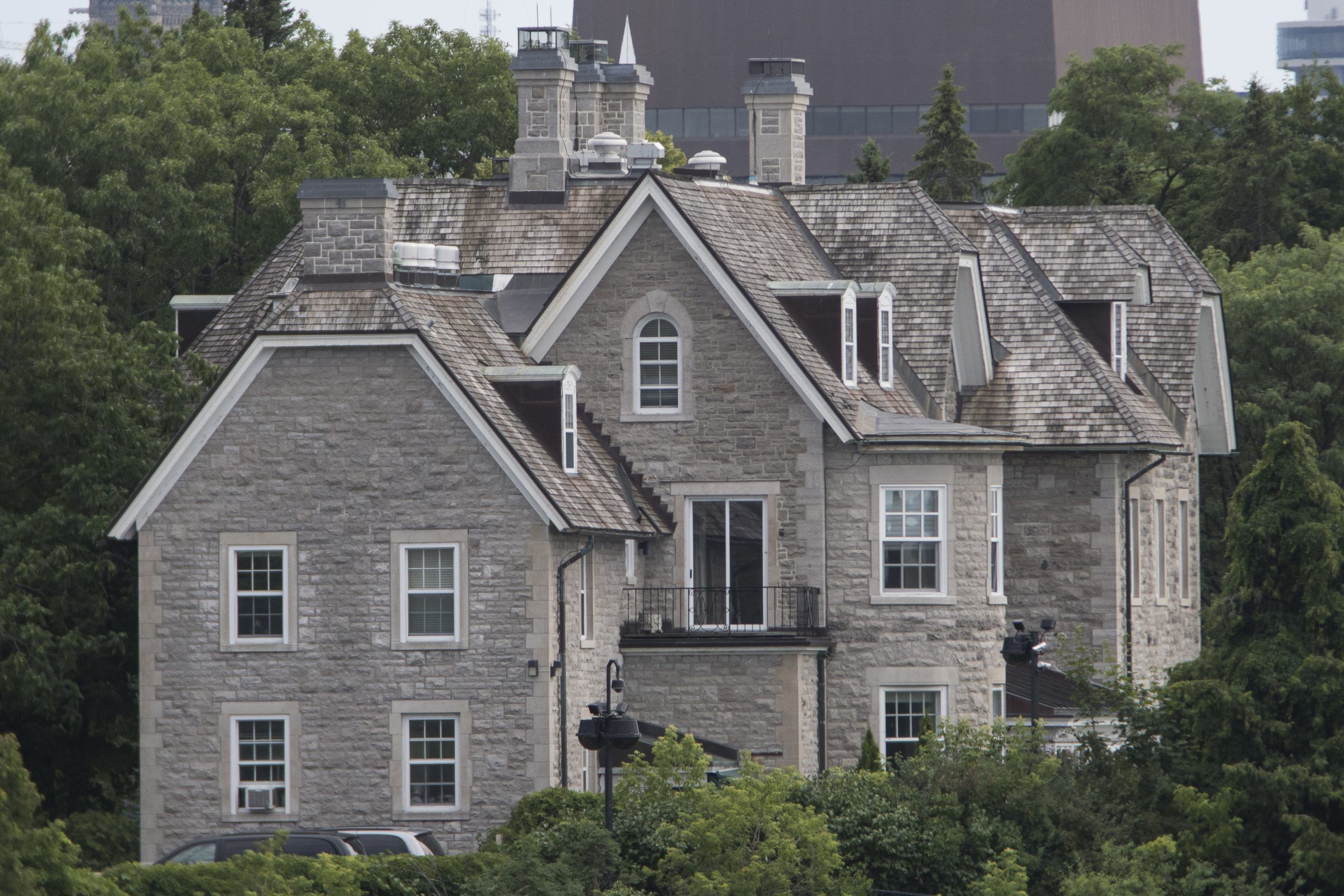 Amid general agreement that Canada’s official prime ministerial residence may be dilapidated beyond repair, Ottawa appears to be mulling a plan to build a completely new residence more in keeping with the U.S. White House or Britain’s 10 Downing Street.

A 47-page report obtained by CTV News under an access to information request has the National Capital Commission blocking out the details of a specially constructed “multi-purpose” facility that could host banquets, provide office space for staffers and press, and put up visiting world leaders for the night.

Since 1951, the Canadian prime minister has officially dwelled at 24 Sussex Drive, a 35-room mansion roughly a 10-minute drive from the House of Commons. The property is unique among G20 nations in that it is purely a residence, with minimal office facilities or space for entertaining.

The Canadian prime minister typically performs almost all of his executive office functions out of the former Langevin Block, a four-storey 1889 office building that faces Parliament Hill. The house at 24 Sussex, meanwhile, is reserved almost exclusively for eating, sleeping and family time.

If a visiting world leader is in town, they are usually put up either at Rideau Hall (the home of the governor general) or at a guesthouse nearby. For press conferences, banquets and official events, the prime minister’s office leans on a smattering of government halls or rented rooms.

The NCC report lays out how all of these functions could be merged into a single mega-facility that would better support “representational and official duties.”

“Most G7 and Commonwealth leaders receive official visitors in a space dedicated for these purposes,” reads the report. “Canada currently lacks such a facility.”

The report also includes detailed summaries of residences in other G7 nations. The largest, by far, is in Italy: The Italian president lives in a 1-million-square foot palace. The U.K.’s 10 Downing Street is smaller, at 71,000 square feet, but the building has space for cabinet rooms, offices and ceremonial venues in addition to apartments for the prime minister’s family.

“While previous prime ministers and their staff have ‘made do’ with the space provided with the current residential facility, the building has naturally limited the functions that could be performed, and now falls short when compared to other G7 and Commonwealth nations,” it reads.

Notably, however, the report also shows that both Australia and New Zealand house their prime ministers on the Canadian model: A relatively small private home that is mostly sealed off from official business.

Although the report doesn’t lay out any cost estimates, prior proposals for a purpose-built Canadian White House have verged as high as $500 million. That particular plan, drafted during Stephen Harper’s government, envisioned moving the prime minister into a facility down the road complete with offices for the entire prime ministerial staff and an underground “safe haven/command centre.”

The incumbent Prime Minister Justin Trudeau grew up at 24 Sussex, but ever since his 2015 swearing-in he has avoided taking up residence at the home due to its well-acknowledged state of decay. Trudeau has instead spent the last seven years living at Rideau Cottage, a nearby mansion on the grounds of Rideau Hall.

Almost since its inception as an official residence, basic maintenance on 24 Sussex has been neglected for decades lest prime ministers be accused of fluffing their nests at the taxpayers’ expense. On the rare occasion that luxuries have been installed (such as a swimming pool under Pierre Trudeau and a hot tub under Brian Mulroney) it’s been done with private funds.

As a result of the chronic neglect, the building has dangerously degraded electrical, plumbing and fire systems. In 2016, an audit found that even the cheapest renovation option on the home would be $36 million; more than three times the property’s assessed value.

Exclusionary hiring by race – a practice that has generally been out of fashion in Canada since the 1950s – has recently come to be embraced by academia in a big way. A story by the National Post’s Tyler Dawson found that three top-tier positions at the University of Waterloo are explicitly barred to either “cisgender men” or non-Indigenous. While Canadian employers have long sought to increase the number of women and minorities among their ranks, it’s only in the last few years that job notices have begun to explicitly exclude candidates by race or gender. In 2013, a CBC notice seeking a new host for its children’s programming channel invited applicants from “every race except Caucasian.” Earlier this month, writer Jamie Sarkonak identified a host of positions at the University of British Columbia and the University of Toronto, among others, that were explicitly barred to men, white people and even candidates who were able-bodied.

Nobody has ever accused a Canadian campaign slogan of being inspiring, and the upcoming Ontario election appears to be no exception. Here are the finalists …

Quebec and Alberta have long been Canada’s leading producer of electorally doomed reactionary political parties (they also manage to found a viable one every once in a while). We’ll soon see which moniker will apply to the Canadian Party of Quebec, a group of Anglo Quebecers who have formed to contest Quebec’s October provincial election. The signature issue being contested by the new party is Bill 96, a suite of language strictures including measures that could potentially compel physicians to exclusively speak to patients in French (unless said patient enjoys status as a “historic” Quebec Anglophone). It’s actually the second party to form in explicit opposition to the bill. The other one, founded last week, is Mouvement Québec.