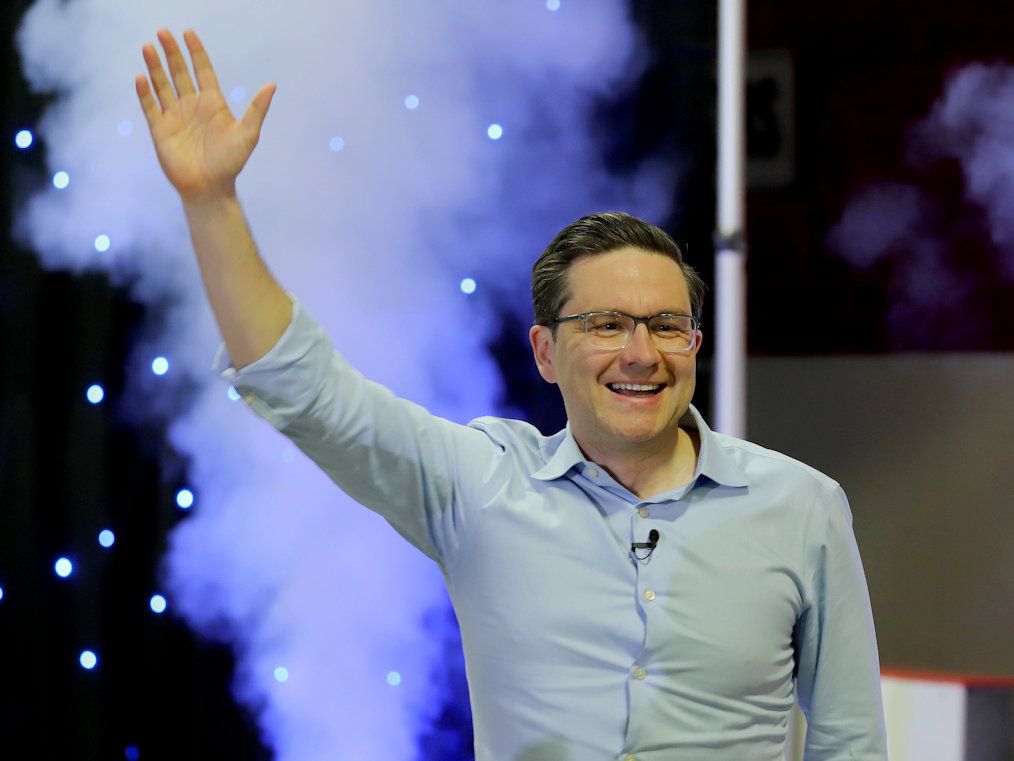 As Pierre Poilievre’s star continues its rise in the Conservative leadership race, there are rumblings among Canada’s non-conservative circles that the only way to stop the 42-year-old’s momentum may be to wise up to his “resonating” messages on affordability.

“Without the electoral imagination to understand why people would vote for Poilievre, it will be difficult for Liberals to convince people why they shouldn’t,” wrote the veteran Liberal strategist Andrew Tumilty in a recent column for the Toronto Star. “Rhetoric aside, Poilievre is talking about housing, affordability, inflation and freedom,” Tumilty added.

An Abacus poll conducted after Poilievre launched his campaign found that his overall messaging on affordability was resonating quite strongly among both NDP and Liberal voters – particularly young ones. Notably, 51 per cent of 18 to 29-year-olds surveyed said they would consider voting for a Poilievre-led Conservative Party.

A recent poll of student conservatives in B.C. similarly found that Poilievre was the clear favourite for the under-40 set. Among young Conservatives at B.C.’s four largest universities, 77.6 per cent backed Poilievre.

OFFICIAL: Results of our BC Student Vote for the Conservative leadership. Students at University of British Columbia (UBC), Simon Fraser University (SFU), and University of Victoria (UVic). Great to see such enthusiasm from our young conservatives on campus! pic.twitter.com/054r3nH2qI

Earlier this month, Poilievre won widespread attention for a viral video decrying the soaring cost of Vancouver real estate and blaming it on “gatekeepers” such as civic governments blocking development and raising the costs of construction. TVO columnist John Michael McGrath, for one, reacted to the video by saying progressives could either craft a “compelling alternative message of their own” or brace for a “Prime Minister Poilievre.”

It’s probably why Poilievre has doubled-down on the message in recent weeks. His campaign has subsequently rolled out proposals to withhold federal funding to municipalities “that block home building.”

With so much land & few people, owning a home in Canada should be achievable, but instead it’s further & further out of reach.

As PM, I’m putting big city gatekeepers on notice: if they want all their federal funding, they must build homes.

Colin Horgan, who has worked on Liberal campaigns, wrote in a Medium post that Poilievre’s “populist pitch” on affordability appeared to be working, and even compared it to Justin Trudeau’s 2015 messaging about uplifting the “middle class.” “Affordability is the new middle class. And Pierre Poilievre is talking about in a way that makes people want to listen. Watch out,” wrote Horgan.

Poilievre’s housing proposals have even won praise among liberal circles in the United States. In a recent column published in the Washington Post, the centre-left writer Matthew Yglesias said the anti-NIMBY sentiments being pushed by Poilievre and others should be a model to U.S. Republicans. “If federal action to discourage municipal overregulation is good enough for the Canadian right, then it should be good enough for the American right, too,” he wrote.

Poilievre has topped every single poll of Conservative leadership candidates since the race began, and has collected a wildly disproportionate share of official endorsements.

As per an Ipsos poll last week, 37 per cent of Conservative voters expected Poilievre to take their party’s crown. Only 14 per cent predicted victory for Poilievre’s closest competitor, former Quebec premier Jean Charest.

This is all occurring as the Conservative Party itself is seeing surging popularity. A Nanos Research poll last week found the Conservative Party enjoying 35.6 per cent support against 30 per cent for the Liberals. This is not only one of the highest showings for the Tories since the onset of COVID-19, but it’s more than enough to win them government should the numbers hold up in a general election.

Even Gerald Butts, the strenuously pro-Liberal former advisor to Prime Minister Trudeau, had some oblique praise for the Conservative frontrunner in a Thursday tweet.

His crypto stuff is banana muffins crazy, but Poilievre’s french is fantastic.

Guess which one of these two things matters more in a general election.

Butts slammed Poilievre’s proposals on cryptocurrency as “banana muffins crazy,” but praised his pitch-perfect French (Poilievre was raised in a Franco-Albertan household). “Guess which one of these two things matters more in a general election,” wrote Butts.