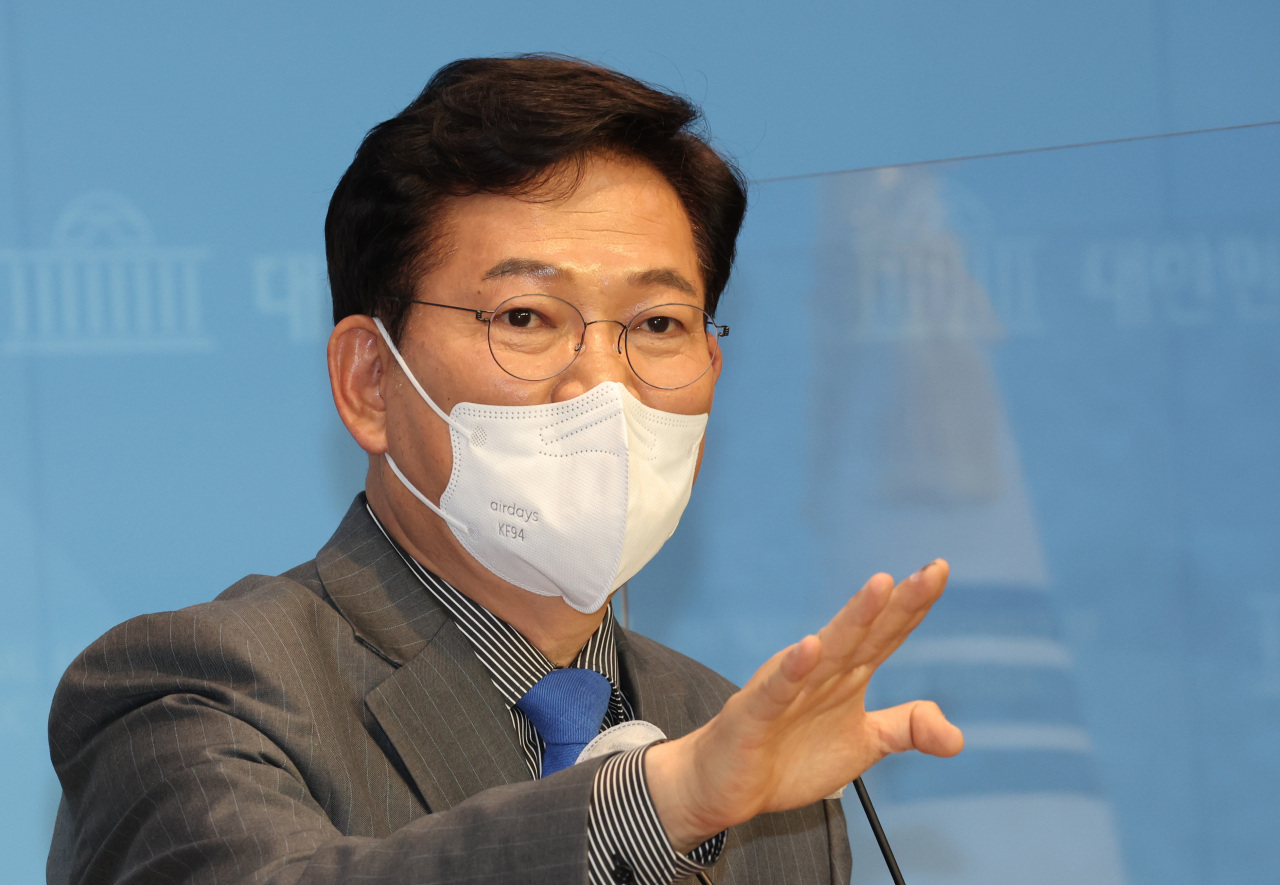 South Korea’s ruling Democratic Party on Friday picked former party chief Song Young-gil as its candidate for the mayoralty of Seoul in the June 1 local elections.

In a two-way primary race, Song defeated Kim Jin-ae, a former lawmaker of the minor Open Democratic Party, which merged with the DP in January, according to the party. It did not reveal the number of votes won by each contender.

Song will compete with current Mayor Oh Se-hoon of the main opposition People Power Party in one of the biggest races in the local elections.

Song stepped down as DP chairman following the party’s defeat in the March 9 presidential election. He served as mayor of the western port city of Incheon from 2010-14.

The liberal party also nominated Kim Kwan-young, a former lawmaker, as the candidate for the governor of North Jeolla Province. (Yonhap)