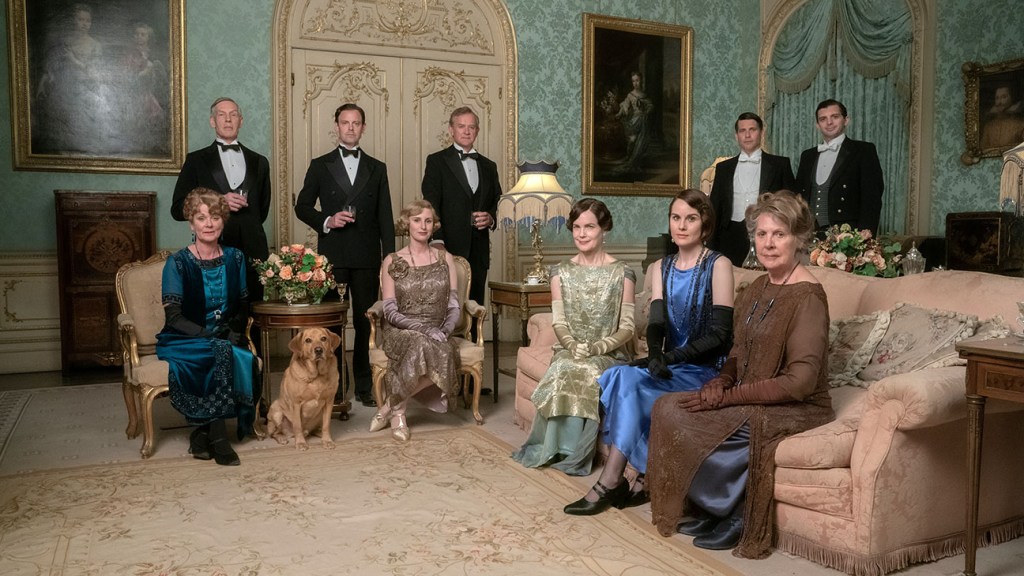 Focus Features — which is celebrating its 20th anniversary this year — came to CinemaCon on Wednesday to woo theater owners with a diverse slate of specialty films, including Downton Abbey: A New Era.

“Movie theaters are sacred spaces and vital to our culture,” said Focus chairman Peter Kujawski told theater owners gathered in Las Vegas this week, adding he remembers holding the hand of his future wife for the first time at a theater.

“We’ve opened 24 films in the last two years. We leaned in while others leaned out,” Kujawski continued. “We will release 15 films this year, a record. You can consider this our new normal.”

Focus showed a sneak peek of its brand-new trailer for Mrs. Harris Goes to Paris, a whimsical, heartwarming comedy starring Lesley Manville as a British housekeeper whose dream of owning a couture Christian dress and travels to Paris. Isabelle Huppert, Jason Isaacs, and Lucas Bravo also co-star in the movie, which opens July 15.

Cinema operators were also treated to exclusive, riveting footage of Todd Field’s first film in 16 years, Tár. The film, set in the world of classical music, stars the incomparable Cate Blanchett as a conductor. Now in post-production, Tár opens Oct. 15.

Focus also presented an unreleased first look of James Gray’s Armageddon Time ahead of its world premiere at the Cannes Film Festival. The coming-of-age story about the strength of family and the generational pursuit of the American Dream showcases an all-star cast led by Anthony Hopkins, Jeremy Strong, Anne Hathaway and breakout performances from newcomers Michael Banks Repeta and Jaylin Webb.

New footage from Downton Abbey: New Era was a particular favorite for cinema owners. On May 20, North American audiences will be reunited with the beloved cast as they go on a grand journey to the South of France to uncover the mystery of the Dowager Countess’ newly inherited villa.

Members of the cast, including Michelle Dockery and Hugh Bonneville, said a special hello to theaters owners via video.

“We have our own superheroes and Downton Abbey is going to bring older folks back to the theaters,” Bunnell said.

Earlier, Veronika Kwan Vandenberg, Universal’s president of international distribution, noted that Downton Abbey begins overseas his weekend. “We look forward to bringing all the females back to the movies.”

Hollywood studios and cinema operators are gathered together this week in Las Vegas for CinemaCon, the annual convention hosted by the National Association of Theatre Owners. This year is especially crucial for exhibitors as they try to emerge from the ravages of the COVID-19 crisis and compete with streamers.

Specialty films, which rely on older adults are a particular challenge.

CinemaCon was canceled altogether in 2020, while last year’s event was a pared-down version held in late August, versus its traditional late spring slot.

This year, all five major Hollywood studios plus Lionsgate and Neon are touting upcoming slates during their time on stage inside the Colosseum at Caesars Palace.