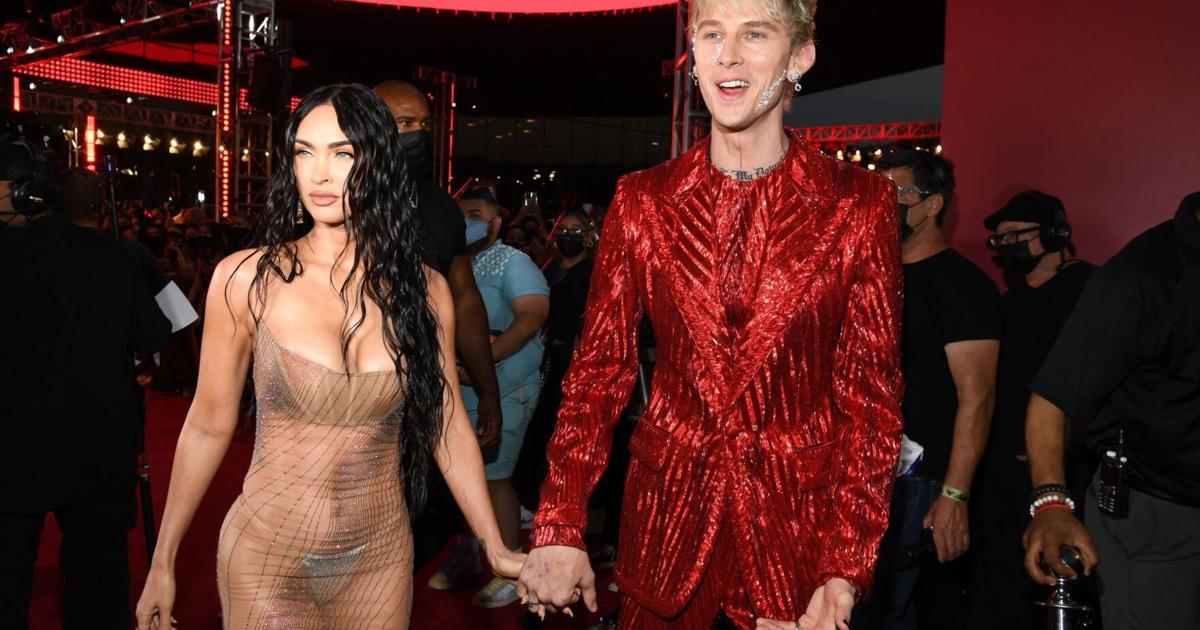 Here’s a look at some of today’s top news.

Bird flu cases have been identified in commercial chicken and turkey farms or in backyard flocks in 29 states, according to the USDA. Spread of the disease is largely blamed on the droppings of infected migrating wild birds.

The first human case of H3N8 bird flu has been detected in China.

Megan Fox would like to clear up what people think about her and fiancé Machine Gun Kelly drinking each other’s blood.

“So, I guess to drink each other’s blood might mislead people or people are imagining us with goblets and we’re like ‘Game of Thrones,’ drinking each other’s blood,” she told Glamour UK. “It’s just a few drops, but yes, we do consume each other’s blood on occasion for ritual purposes only.” Read more about the weird things celebrities do here:

Russia and the United States have carried out an unexpected prisoner exchange in a time of high tensions, trading on Wednesday a Marine veteran jailed by Moscow for a convicted Russian drug trafficker serving a long prison sentence in America.

The deal involving Trevor Reed, an American imprisoned for nearly three years, would have been a notable diplomatic maneuver even in times of peace but it was all the more surprising because it was done as Russia’s war with Ukraine has driven relations with the U.S. to their lowest point in decades. Get more information here:

Russia cut off natural gas to NATO members Poland and Bulgaria and threatened to do the same to other countries, using its most essential export as an attempt to punish and divide the West for its united support of Ukraine. The move was condemned by European leaders as “blackmail. It marked a dramatic escalation in the economic war of sanctions and countersanctions that has unfolded parallel to the fighting on the battlefield, where fighting continues in Ukraine’s east. One person was killed and at least two injured when rockets hit a residential neighborhood in Kharkiv. The commander of a marine unit inside the last stronghold in the gutted city of Mariupol said the situation there was “very difficult.”

Poland and Bulgaria  have accused Moscow of using natural gas to blackmail their countries. Russia’s state-controlled energy company said it would stop supplying the two European nations with gas on Wednesday because they refused to pay in Russian rubles. European Union officials were holding emergency talks on Wednesday on the gas cutoff, which they also called blackmail. Russian authorities have warned they could cut off gas supplies to other nations as well. In parliament in Warsaw, Poland’s prime minister called the move “an attack on Poland.” He was cheered by lawmakers when he said the country was safe because it had worked for years to move away from Russian energy.

The older you are, the less you fret about staying in your own home or community as you age. That’s a key insight from The Associated Press-NORC Center for Public Affairs Research poll, which found that people 65 or older feel much better prepared to age in place than those 50-64. Among those 65 or older, nearly 8 in 10 said they’re extremely or very prepared to stay in their current home as long as possible. But among those 50-64, it’s noticeably smaller: about 6 in 10. The poll also found greater insecurity around aging in place among Black and Latino Americans, likely tied to a deep-rooted wealth gap that favors white people.

The House committee investigating the Jan. 6, 2021, insurrection at the Capitol is redoubling its efforts to have GOP Leader Kevin McCarthy appear for an interview. The push comes amid new revelations about McCarthy’s private conversations with fellow Republicans about the attack. Committee Chairman Bennie Thompson said Tuesday the panel may issue a second request to McCarthy, who has declined to voluntarily appear. In a Jan. 10, 2021, audio recording released Tuesday by The New York Times, McCarthy tells fellow Republican leaders that Trump’s House allies are “putting people in jeopardy” with their public comments. He singles out Rep. Matt Gaetz of Florida and Rep. Mo Brooks of Alabama.

Fire crews that took advantage of a break in the weather in their battle to contain large fires in the West and Plains states fear the return of stronger winds could spread the flames further. Officials say a southwestern Nebraska wildfire that killed a former volunteer fire chief last week and destroyed several homes is about half contained. Officials say strong winds blew into southwest Nebraska Tuesday but crews were able to keep the fire within its original perimeter and no new injuries or damage to building was reported. Crews in the West continue working to corral blazes in northern New Mexico that have charred a combined 225 square miles over recent days. Several small villages are threatened and evacuations remain in place.

Police and new fencing are restricting who can leave a locked-down area in Beijing, where authorities are trying to prevent a major COVID-19 outbreak. People lined up for throat swabs Tuesday as mass-testing expanded to most of the Chinese capital. Beijing has reported 92 cases of coronavirus infection in five days, a relatively tiny figure in a city with 21 million residents. But China trying to eliminate outbreaks entirely in contrast to how much of the world is trying to live with the virus. That zero-tolerance policy has virtually shut down China’s largest city, Shanghai, for three weeks, disrupting food supplies for residents as well as global supply chains.

Police investigating the death of a 10-year-old girl in western Wisconsin say they’ve arrested a juvenile suspect known to the victim. The body of Illiana “Lily” Peters was found Monday morning near a walking trail in Chippewa Falls. Police said her death was a homicide. Chippewa Falls Police Chief Matthew Kelm during a brief news conference Tuesday evening declined to provide the age or sex of the suspect, whether the suspect was related to Lily or where the arrest occurred. He said there was no longer any danger to the public. Kelm says officers executed a search warrant at an address in the block where Lily had gone to visit her aunt on Sunday, when she went missing.

Officials say a loaded gun was found in North Carolina Rep. Madison Cawthorn’s carry-on bag at an airport security checkpoint. It’s the second time in a little more than a year that a weapon has been found in his possession at an airport in his home state. Transportation Security Administration spokesperson R. Carter Langston said that when Cawthorn went through a Charlotte Douglas International Airport checkpoint with the gun Tuesday morning, TSA officers notified Charlotte-Mecklenburg Police. Police say Cawthorn acknowledged that the gun was his and he was issued a citation for possession of a dangerous weapon on city property.

SpaceX has launched four astronauts to the International Space Station for NASA, less than two days after completing a flight chartered by millionaires. The Falcon rocket blasted off before dawn Wednesday from Florida’s Kennedy Space Center. The capsule reached its destination Wednesday night, just 16 hours later. The crew includes the first Black woman making a long-term spaceflight, NASA’s Jessica Watkins. Also on board: the European Space Agency’s lone female astronaut, Samantha Cristoforetti of Italy. It’s the first time NASA has sent up a crew comprised equally of men and women.

MEMPHIS, Tenn. (AP) — Ja Morant scored on a layup with a second left, and the Memphis Grizzlies rallied from 11 points down in the fourth quarter to edge the Minnesota Timberwolves 111-109 on Tuesday night and grab a 3-2 lead in their first-round Western Conference series.