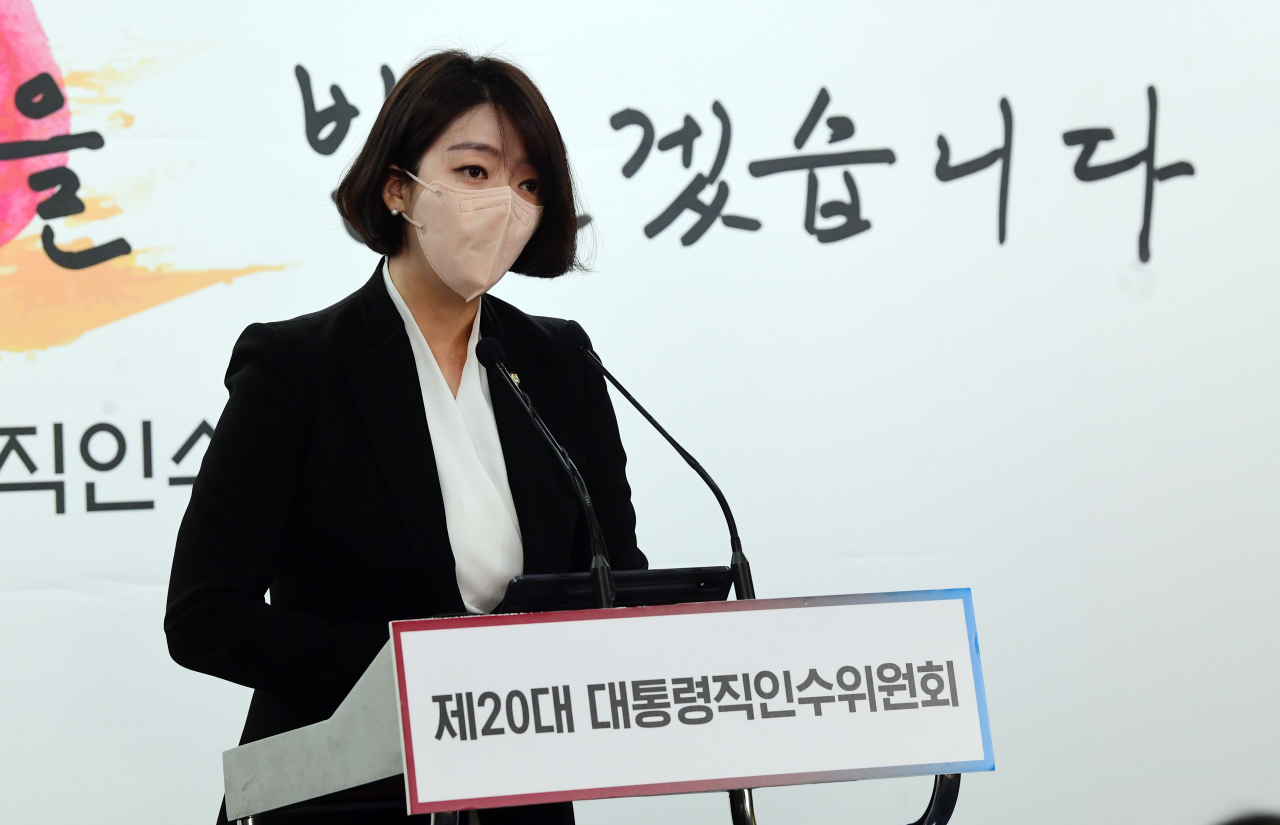 President-elect Yoon Suk-yeol’s spokesperson hit back at President Moon Jae-in on Wednesday for criticizing Yoon’s plan to relocate the presidential office out of Cheong Wa Dae, saying the outgoing president should focus on his duties in the little time he has left in office.

Moon voiced his concern during an interview with JTBC that aired Tuesday, saying he personally did not think it was “appropriate” to move the presidential office without thoroughly collecting the public’s opinions. He also said it could be “dangerous” given the high tensions surrounding North Korea’s weapons testing.

“As a president without much time left until his retirement, I believe and request that he will take an interest in the people and in defending the values of the Constitution, and concentrate on his duties,” Bae Hyun-jin, Yoon’s spokesperson, said during a press briefing.

Bae recalled that Yoon and Moon discussed the relocation plan during their meeting at Cheong Wa Dae following Yoon’s election.

“I understand that President Moon said at the time that it was a good idea not to relocate to Gwanghwamun and that he would make no further comment,” she said.

The new presidential office is being set up inside what is now the defense ministry compound in Seoul’s Yongsan district.

The relocation is in line with Yoon’s campaign promise to move the presidential office out of Cheong Wa Dae and fully open the historic and verdant compound to the public. (Yonhap)