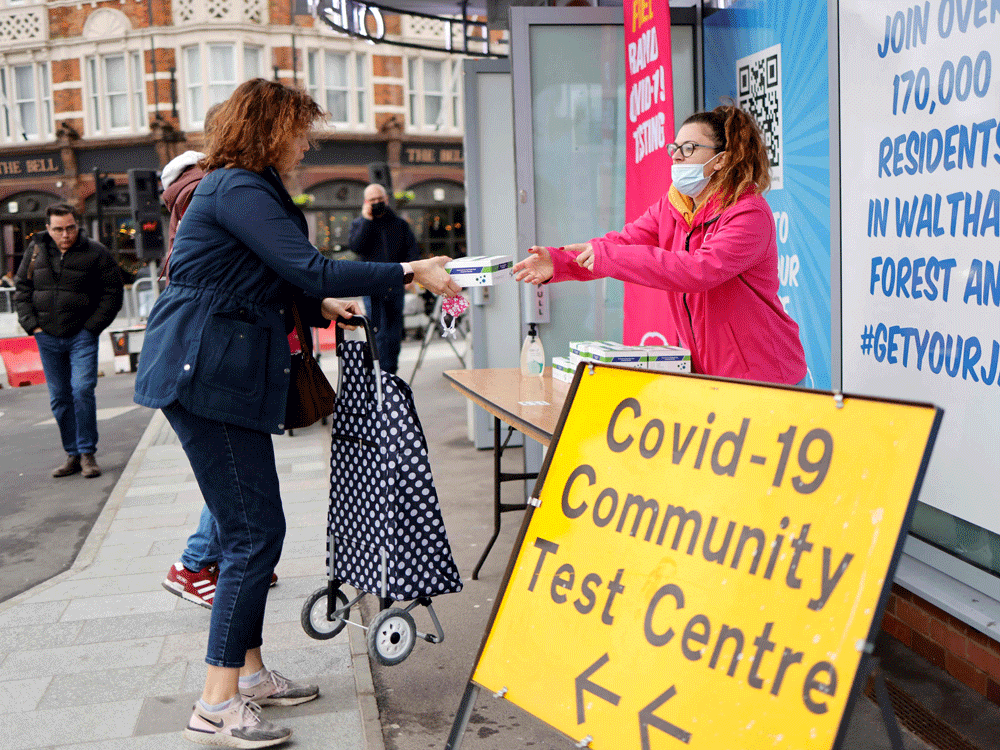 Health Canada is actively tracking the Omicron subvariant XE in the country, one of several hybrid variants that have emerged recently.

These types of variants are recombinant, meaning they contain genetic material for two or more different variants or subvariants. Since late January, the Public Health Agency of Canada (PHAC) has become aware of 32 detections of Omicron recombinants in total, said a PHAC spokesperson. They are working to confirm exact matches to published recombinant sequences.

Here is what you need to know about the newest hybrid subvariants.

What is Omicron XE?

The XE variant, known as “stealth Omicron,” is a recombination of Omicron BA.1 and the highly-transmissible Omicron BA.2, which is currently driving Canada’s sixth wave. According to an Apr. 8 technical briefing issued by the U.K. Health Security Agency (UKHSA), XE also has three mutations that are not present in BA.1 or BA.2.

The first case of XE was confirmed on Jan. 19, 2022, in the U.K., according to the technical briefing. As of Apr. 5, there have been 1,179 XE cases confirmed in the U.K. It has since been reported to have been found in other countries, including Canada, India, Japan, Thailand, and Israel.

How common are recombinant variants?

The recombination of viruses is not a new phenomenon. It occurs regularly in viruses such as HIV and influenza.

“Recombinant variants are not an unusual occurrence, particularly when there are several variants in circulation, and several have been identified over the course of the pandemic to date,” said Susan Hopkins, chief medical advisor for the UKHSA, in a statement.

“As with other kinds of variant, most will die off relatively quickly.”

The U.K. has also identified other recombinant variants, XD and XF, both known as Deltacron, which combine Delta and Omicron variants.

According to the UKHSA, there have been 49 confirmed cases of XD, most of which have been in France. In the U.K., XF has been reported 38 times, but has not been seen since February.

Are they more transmissible and are symptoms more severe?

In a question-and-answer video dated Apr. 5, the World Health Organization’s technical lead Maria Van Kerkhove said that based on initial analysis XE has a 10 per cent growth advantage over BA.2, meaning it is slightly more transmissible.

In the U.K. technical briefing, the UKHSA reports XE as having a median growth rate of 12.6 per cent per week between Jan. 15 and Mar. 30. In the three weeks following, they reported the growth rate increased to 20.9 per cent.

“Scientists are looking for signs that Omicron recombinants such as XE change disease severity, transmissibility or impacts the effectiveness of diagnostic tests, vaccines or treatments for COVID-19,” said the PHAC spokesperson. “While preliminary international reports have shown that XE has modestly increased transmissibility compared to BA.2, more data is needed to confirm this finding.”

It is unlikely that symptoms that come with contracting any of the recombinant variants will be worse than other variants, as reports show BA.2 is no more severe than BA.1 and that variants of the original COVID-19 have tended to decrease in severity.

The World Health Organization currently classifies XE under Omicron, which is a variant of concern. They also list XD as a variant under monitoring.

Will the vaccines still work?

Health experts maintain that the best way to protect yourself from experiencing severe COVID-19 symptoms, no matter the variant, is to get a full series of vaccinations as well as a booster.

“We need to critically ensure that those around the world, particularly those who are most vulnerable, get vaccinated in every single country,” said Van Kerkhove.

Other measures, such as physical distancing, wearing a mask, avoiding crowded spaces, opening windows and doors, and staying home if you are unwell, continue to work against preventing the spread as well as severe disease and death, she said.