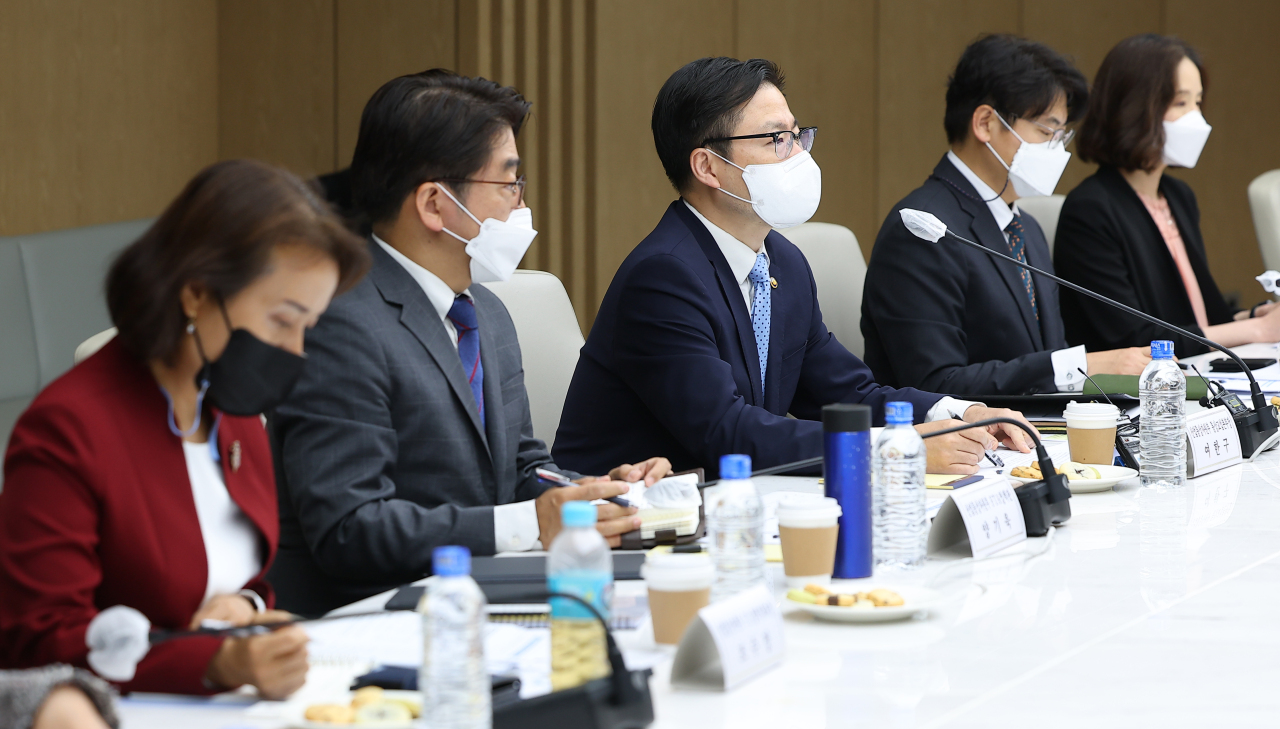 SEJONG — South Korea is projected to see export growth in the steel and textile sectors if the nation becomes a member of the Comprehensive and Progressive Agreement for Trans-Pacific Partnership.

But sectors like machinery, fine chemistry and auto parts could suffer handicaps in the wake of the technology gap with Japan, according to forecasts from a variety of business lobbies.

The associations delivered their outlook of each industry if the country were to be a member of the CPTPP to the Ministry of Commerce, Industry and Energy during a meeting with Trade Minister Yeo Han-koo, held in Seoul on Wednesday.

Their predictions come as the Korean government is poised to submit an application to join the CPTPP, an entity aimed at multilateral free trade agreements in the Asia-Pacific region.

The local business associations expected that Korea would be able to overcome disadvantages, compared to Japan, in export destinations — including Mexico, Vietnam and Malaysia — under entry to the CPTPP.

They picked steel and textiles as major segments which would see a boost in outbound shipments to the three nations.

In addition, they said digital-oriented companies could possibly see steady growth when free trade terms on data-related businesses are introduced in the multilateral entity.

In contrast, the lobbies casted worry over a scenario that some sectors, including auto parts, will suffer difficulty in export competitiveness. They called for the government to take preemptive countermeasures against the projected disadvantages in an active manner.

Government officials replied that relevant ministries would expand support for small and mid-sized enterprises, which are specialized in materials, assembly parts and equipment, and others seeking futuristic industries.

The support will be provided in terms of research & development, manpower, financial loans, digitalization and eco-friendly, said the officials.

Minister Yeo said, “The nation needs to find a fresh opportunity via the CPTPP in a bid to attain another takeoff of the economy.”

The government would consult business associations to minimize any side effects caused by the entry to the entity of multilateral trade agreements.

The CPTPP is the renegotiated version of the Trans-Pacific Partnership initiated by the Obama administration. In 2017, his successor Donald Trump withdrew from the TPP, widely seen as a key move to counter China’s growing economic clout.

Korea’s willingness to join the pact came several months after China submitted an application to accede from the CPTPP in a surprising move, with Taiwan following suit.