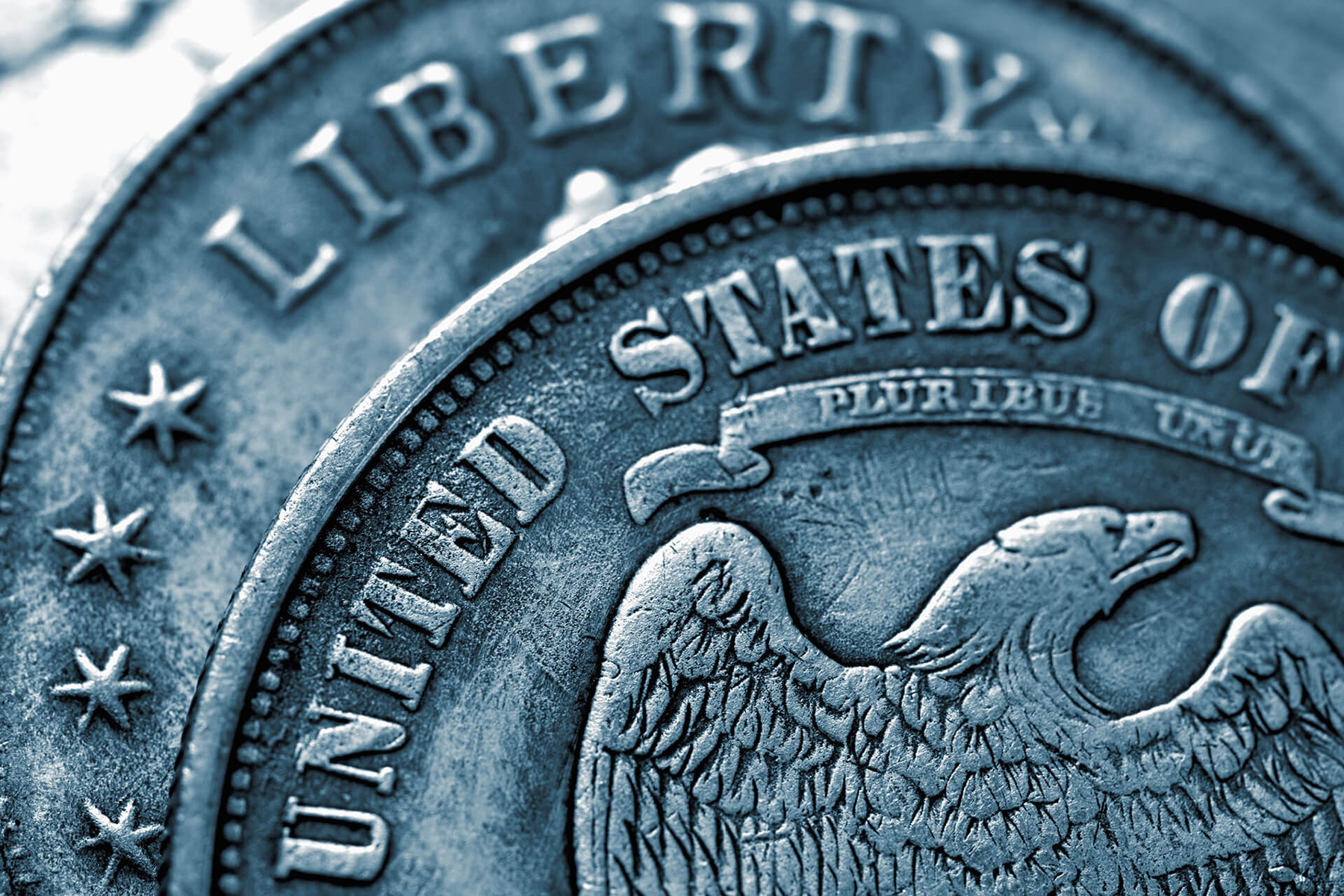 After spending trillions and trillions of dollars on COVID, much of it recklessly, Congress is digging through the couch cushions to find another $10 billion for actual COVID treatment. How did this happen?

[We’re going to try something new here at Fair Observer. I live in a small, quirky carriage house in Washington, DC, and this column is my view of DC as I see things. If I don’t get too much hate mail, then maybe we’ll keep it rolling. On the other hand, if I get enough hate mail, maybe I’ll keep doing it “just for the sake of my own stupid pleasure.” Let’s find out.

P.S. Each heading is a quote from something somewhere or other. To the person who emails me 11 correct identifications, I’ll buy you a drink at Martin’s Tavern…or we can have a friendly chat over the phone while I’m at Martin’s having a drink. Why 11? Because that’s how we play NumberWang around here.]

Start off with the fact that most of the money was thrown at transfer payments, not on treatment. To a degree this was entirely understandable, but the level of fraud that has come to light is staggering. Both parties spent like drunken sailors, but the most egregious was US President Joe Biden’s $1.9 trillion extravaganza as the pandemic was waning. That law, amongst other things, bought tremendous “relief” to the poor, pitiful state governments that are presently drowning in cash. We also had transfer payments galore and a million other things that were tangentially related to treating the coronavirus. Oh, and we bought inflation with that money. Maybe you’ve heard something about that?

I’m not saying the Republicans were any less scattershot, but they spent the money when a) the virus was a real unknown, and we were going into the lockdown blind, and b) we had not developed an actual, real, very good vaccine. When Biden splurged cash, several vaccines were already in production. The issue now seems to be whether to use unspent funds from other COVID programs to spend it on… wait for it… actual COVID treatment. What an idea! Yet here we are in a panic over what is, relative to other COVID spending, a drop in the bucket.

“It was like when you make a move in chess and just as you take your finger off the piece, you see the mistake you’ve made, and there’s this panic because you don’t know yet the scale of disaster you’ve left yourself open to.”

Senator Mark Kelly of Arizona must be in a panic these days. Around the turn of the year he was perp-walked into a volley of machine gun fire on the Build Back Better bill that failed, and his “yea” vote has come back to haunt him. Perhaps that’s why he’s so eager to embrace immigration sanity.

Title 42 was a Trump administration program that prevented immigrants from entering the US during COVID. Lifting such a restriction now is understandable now that the pandemic is on the wane. However, this is not in keeping with retaining restrictions that the Biden administration seems to be fond of. The Department of Justice is appealing the revocation of the public transportation mask mandate by the court.

This inconsistency is largely immaterial relative to the burning issue of asylum seekers. The “Remain in Mexico” policy keeps asylum seekers south of the border while their claims are heard in the US. The Biden administration sought to end this policy that is being enforced by Texas by taking a case to the Supreme Court on Tuesday, April 26. Clearly, immigration will be on the ballot come midterms in November.

The combination of “Remain in Mexico” and Title 42 prevented the spread of COVID and avoided a bum-rush to the US border. If both of them were to go, there would be a tsunami of immigration. The Democrats in swing states might find voters would like them to be giving a damn about this issue, which hits headlines as immigrants surge and families are inevitably broken up every summer.

“This is family business,

And this is for everybody standin’ with us”

And while we’re talking about dealing with families, there’s a distinct disjoint between the rhetoric surrounding Florida’s “Don’t say gay” law, a mischievously if ingeniously labeled piece of legislation, and its popularity. This law does not want kindergarten children taught liberal sex education. When told what’s in the law and not just spoonfed the hashtag du jour, folks seem to like it. Go figure.

Polite circles won’t mention this, but according to a poll by Public Opinion Strategies, Democratic voters support the law by 55% to 29%. Biden voters swing 53% to 30% in its favor. Even those who “know someone LGBTQ” go 61% for and 28% against, and just to show that Disney is on the wrong side of this, parents like the law to the tune of 67% to 24%. Disney brought a knife to a gunfight by supporting this law.

However, this law has less to do with Disney’s business and more with the company’s internal leadership struggles. Social mores may have brought “a whole new world,” but Disney seemed to have wished upon the wrong star, and its special treatment by the state of Florida is over. Governor Ron DeSantis signed a bill into law that revokes the status of Disney’s independent district, Reedy Creek. There’s now even talk of taking away the entertainment behemoth’s preferential copyright treatment.

Turns out running your own independent “Magic Kingdom” is a lot less expensive than letting the government run the show. Sure, Disney could probably fix potholes and run emergency services and utilities better and cheaper. They also get to keep land use, building standards, and environmental protection under its banner. Now that changes. Insiders predict Disney will have to pony up tens of millions of dollars annually to the government now and join the hoi polloi.

If Disney is going to support progressive policies, what could be more progressive than letting government get more involved? Slate frets that Disney will no longer be able “to manage its own streets, permitting, bond issuance, and so forth.“ Wait, I thought corporate control over things government usually does was a great threat to “our democracy.” At least that is what left-leaning publications like Slate tell me.

But lo and behold, even Mother Jones is defending corporate personhood, an idea hitherto hated by Democrats, with a headline stating Disney’s Civil Rights were violated. To be fair, Mother Jones has said it stands against corporate personhood but dislikes Republican hypocrisy. However, the defense of Disney’s special privileges by blue-blooded Democrat-supporting publications certainly seems incongruous. However, there might be a way out of this Disney-Florida impasse. The law doesn’t come into force until June 1, 2023, so there’s plenty of negotiating to be had.

Part of the problem was the over-the-top language Disney’s CEO Bob Chapek chose when he called the Florida bill “yet another challenge to basic human rights.” Mr. Chapek, Bob. May I call you Bob? Bob, didja read the bill? This isn’t Bucha where basic human rights are being violated. No cluster munitions spray labeled “for the children” are being dropped. These are first world concerns at best. A pertinent section of the law reads “Classroom instruction by school personnel or third parties on sexual orientation or gender identity may not occur in kindergarten through grade 3 or in a manner that is not age-appropriate.” Bob, take a deep breath: this is not exactly a Nuremberg Trial transcript.

When I think of Bob’s situation, it reminds me of what happened to Rob Manfred, the commissioner of Major League Baseball (MLB). He moved last year’s All-Star Game from Georgia to Colorado in the wake of the supposed “voting rights” kerfuffle. He was then reminded of MLB’s cozy relationship with China and the fact that though he opposed showing ID to vote, you needed one just to work concessions at the game. So, Mr. Manfred was against IDs for the purposes of voting, but in favor of them if you wanted to hawk beer under his banner. Because… yeah, that totally makes sense. Finally, there was this gem. Turns out the Commish is a member of the tony Augusta National Golf Club in Georgia. Was he going to stand by his principles and resign from such a toxic Georgian institution? Apparently not. All of this over a bill he likely didn’t read or understand.

I have no horse in this race, except I wish companies would simply stick to their knitting and stop virtue signaling at every turn. For years companies figured it was worth the signal to prevent marches, employee walkouts, and internet shenanigans, and that more conservative minds would grit their teeth and get on with life, but that thinking may be coming to an end. Fine by me.

Biden: “I don’t know the meaning of the phrase ‘fossil fuel.’”

MBS: “I’m sure there are many words you don’t know the meaning of.”

(Hint: Adapted from something)

One of the underreported friends lost by the US is Saudi Arabia. Recently the Saudis have cogitated on the idea of accepting yuan for oil, thus undermining the petrodollar. Who can blame them? Biden has done everything possible to infuriate our ally.

Those in the Biden Administration scratch their heads and wonder why the Saudis won’t play ball and just pump more oil, but a quick recap leaves little to the imagination. Start off by campaigning with the friendly overtures of calling the House of Saud a “pariah.” Then declare that Saudi Arabia would “pay the price” for, amongst other things, having a government with “very little social redeeming value,” and you start to get the picture.

After such pronunciations, Biden went on to withhold support for Saudis’ defense against the Houthis and no longer designate this Yemeni group as terrorist. His administration withheld Patriot missiles from the Saudis, fundamentally breaking the long understanding that the US provided the Saudis defense cover while they dutifully pumped oil. Also of note was Biden’s decision to release a CIA report in February 2021 that said Mohammed bin Salman, AKA MBS, was responsible for the killing of journalist Jamal Khashoggi. Come September, MBS was so hot on the subject he started yelling at Jake Sullivan, Biden’s national security adviser, when asked about the murder.

To top it off, the Biden administration has further inflamed relations with Saudi Arabia by trying to cobble together a nuclear pact with the Iranian regime, the sworn enemy of the Arabs. This project seems doomed. For all the humiliating US prostrations before Iran, including an offer to drop the Iranian Revolutionary Guard Corps from the terrorist list, the Ayatollahs appear unmoved. US flirtations with Iran might not have succeeded but it has caught the eye of Saudi Arabia, and it’s not winning Biden any friends over there. Even before recent Saudi-US tensions, the Asia Pivot under Barack Obama and the flaming dumpster fire left behind by Biden in Afghanistan were perceived as waning US interest in the Middle East.

Having run an expensive election campaign, Biden should know that money talks. Beijing purchases 1.8 million barrels of Saudi oil per day and the Kingdom has become China’s top oil supplier. The petrodollar may soon be in limbo, and with it the old deal between the US and Saudi Arabia that originally propped up the dollar. Starting in 1974, Saudi Arabia agreed to price oil in dollars in return for Washington providing arms, oilfield security, and defense cover to Riyadh. Now we have a situation where Saudi and the United Arab Emirates won’t even take Biden’s call, won’t pump more oil, and MBS is yelling that the US should “forget about its request to boost oil production.” Hell’s bells.