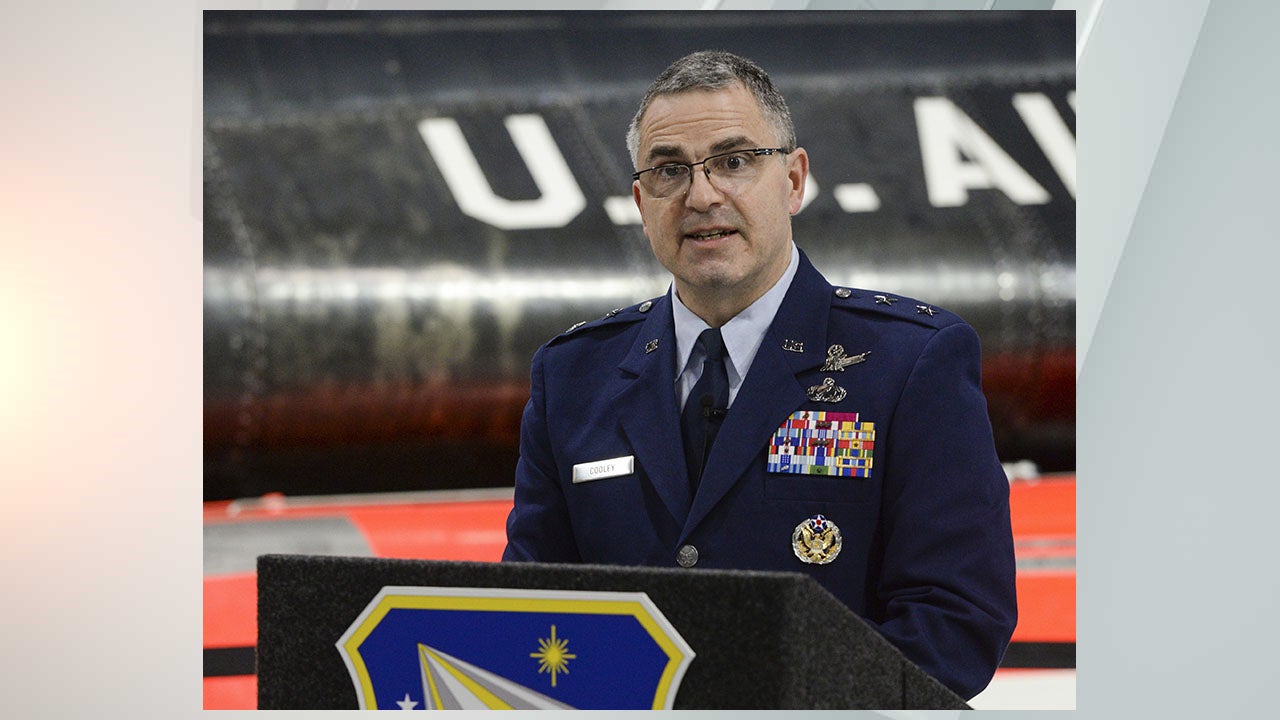 (CNN) — A two-star Air Force general will pay more than $50,000 in fines after being found guilty of abusive sexual contact in a military court over the weekend in connection with a 2018 incident, according to a release from the U.S. Air Force.

A military judge on Tuesday sentenced Maj. Gen. William T. Cooley to give up $10,910 of his pay and allowances each month for five months, totaling more than $50,000 in fines. Based on his conviction, Cooley had faced a maximum punishment of dismissal from the Air Force, forfeiture of all pay and allowances, and confinement for seven years, an Air Force release said.

Cooley’s court-martial marked the first-ever court-martial trial and conviction of a general officer in the 75-year history of the military branch, the Air Force said in a statement.

Cooley had pleaded not guilty.

He was found guilty of forcibly kissing an unnamed civilian woman in a car after an evening barbecue in New Mexico in 2018, a release from the Air Force said. The general was convicted of one of three specifications of sexual assault: kissing the victim “on the lips and tongue, with an intent to gratify his sexual desire,” an Air Force release said. The judge found Cooley not guilty of the two other specifications.

In court testimony, the victim alleged Cooley had pressed her against a car window and forcibly kissed her and groped her through her clothes after she had driven him home from the social event at his request.

The Air Force does not name sexual assault victims, but the woman has allowed news organizations to disclose her relationship to Cooley without naming her.

The victim’s attorney, Ryan Guilds, praised the court-martial process as “fair” and commended his client’s bravery through the trial.

“It is very hard to be a survivor in a criminal case,” Guilds said in a statement. “That is one of the many reasons you see so few of these cases go to court-martial.”

Lt. Col. Matthew Neil, lead trial counsel for the government, said in a media availability after Cooley’s sentencing that he believes this conviction and sentencing show that the Air Force “takes seriously allegations of sexual assault or sexual offenses that are committed.”

“This was a historic court-martial. The first general officer that was court-martialed at a general court-martial in the Air Force’s 75-year history,” Neil said. “The Air Force takes seriously allegations of sexual assault or sexual offenses that are committed, those are investigated, and, when appropriate, offenders are held accountable without fear or favor regarding someone’s status.”

Daniel Conway, Cooley’s defense attorney, said there is a “sense of closure” after the sentencing and that his client wants to repair relationships both within his family and with the Air Force.

“I think there is a sense of closure. There is some sense of relief, and there is some desire to again repair all of those relationships. He still is an extremely talented individual with a lot to contribute both to this family and to our nation,” Conway said at the media availability.

Cooley has served in the U.S. Air Force for three decades and “has an otherwise unblemished career,” Conway said. The general hopes to continue serving and to retire from the service, “but those questions about retirement are to come,” Conway said.