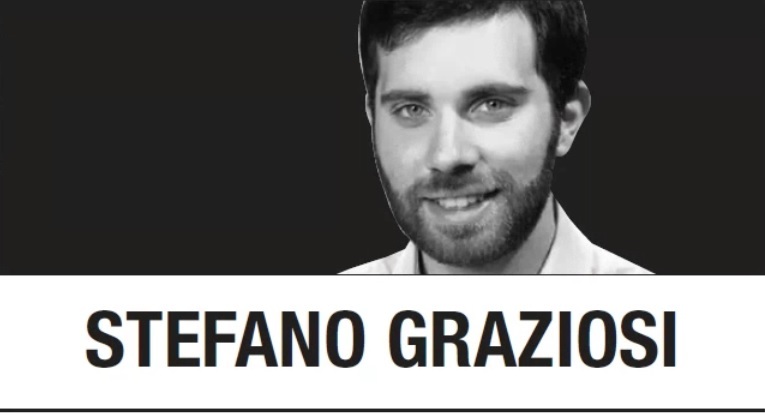 The level of European solidarity sparked by Vladimir Putin’s war against Ukraine has surprised even Europeans. Leaders in Russia, China and Iran are perplexed as well. They had assumed the invasion would exacerbate strains in the transatlantic community.

There is not, however, unanimity on every issue. The real question is how Europeans will deal with the consequences of the war and their own differences as they shape future policies. The three key fault lines that threaten to fracture post-war European unity are China, energy and Iran.

Brussels keeps trying to lecture Beijing into condemning the invasion, even as it attempts to mediate between Kyiv and Moscow. During the latest European Union-China summit, European Council President Charles Michel and European Commission President Ursula von der Leyen argued that, by not taking a clear stand against the invasion, China is undermining its own international reputation. Michel also told Chinese President Xi Jinping that “positive steps from China to help end the war would be welcome.” China won’t do either.

Indeed, Beijing reiterated that it has no intention of taking a clear stance against Russia. Moreover, just a few days after the summit, China voted against the United Nations resolution to suspend Moscow from the Human Rights Council of the UN.

Brussels seems stuck in trying to deal with the Chinese regime it wants, rather than the one that actually exists. While everyone would like to have a Beijing that is a responsible actor who respects a global, rules-based order, that is not the regime we have.

The EU’s bigger problem is that, without a consensus approach to China, it has little bargaining power. Countries like Germany and France have close trade ties with the People‘s Republic and this allows Beijing to easily resist European pressure. Further, it is clear that China does not care about the “reputational damage” mentioned by von der Leyen.

Beijing, in fact, seems determined to continue to try to exploit the Ukrainian crisis to maximize its geopolitical advantage. In the long term, Xi’s aim is to establish a Sino-centric international order. That necessitates shattering the cohesion of the transatlantic community and marginalizing the United States. Xi appears hopeful that he can still exploit strains and differences in the alliance to further that aim.

To make the point that Beijing has its own priorities, China recently delivered an HQ-22 anti-aircraft system to Serbia. Belgrade has significantly consolidated its relations with Moscow and Beijing in recent years, and the weapon delivery reminds that China — like Russia — still views the Balkans as a potential theater to penetrate Western Europe and disrupt NATO and the EU.

Another clear fault line is energy policy. Europe’s continued energy reliance on Russia is a strategic liability. The European bloc remains internally divided over sanctions on Russian oil and gas. The differences are not without merit. In the wake of the war on Ukraine, arguably no European nation wants to remain dependent on Russian energy. That said, they have differing near- and long-term prospects to develop the affordable, reliable, and dependable energy sources. In the near term, this makes the prospects for a common European energy policy difficult, if not unreasonable.

Further complicating the difficulty crafting a common future energy policy is the severe politization of the issue. The broad desire for an aggressive “climate action” plan heavily dependent on renewable sources and an uncompromising drive to “net zero” by 2050 runs counter to the desire to embrace a broad range of energy sources and environmental mitigation strategies that would more quickly provide responsible alternatives to Russian energy.

A third potential European fault line arises over relations with Iran. Russia’s role in renegotiating an Iran deal has complicated an already controversial initiative. Despite having called for a “pause” in the talks, Brussels is indeed continuing to support the relaunch of the deeply flawed Obama-era nuclear deal. Josep Borrell, the High Representative of the European Union for Foreign Affairs, recently said that the agreement is “very close.”

Many argue that a deal is just appeasement to Iran and a backdoor for Russia to evade sanctions. Further, there is concern that a more empowered Tehran will create new troubles that will spill over into Europe, creating problems on both its eastern and southern frontiers at the same time.

In addition to dealing with the aftermath of the war on Ukraine, the transatlantic community will have to resolve these fault lines if it plans to move forward to a safer, more prosperous future. How they will resolve the contradictions in the community will be key. The decisions made, perhaps even more than the actions of Beijing, Moscow and Tehran, will determine how the future unfolds.