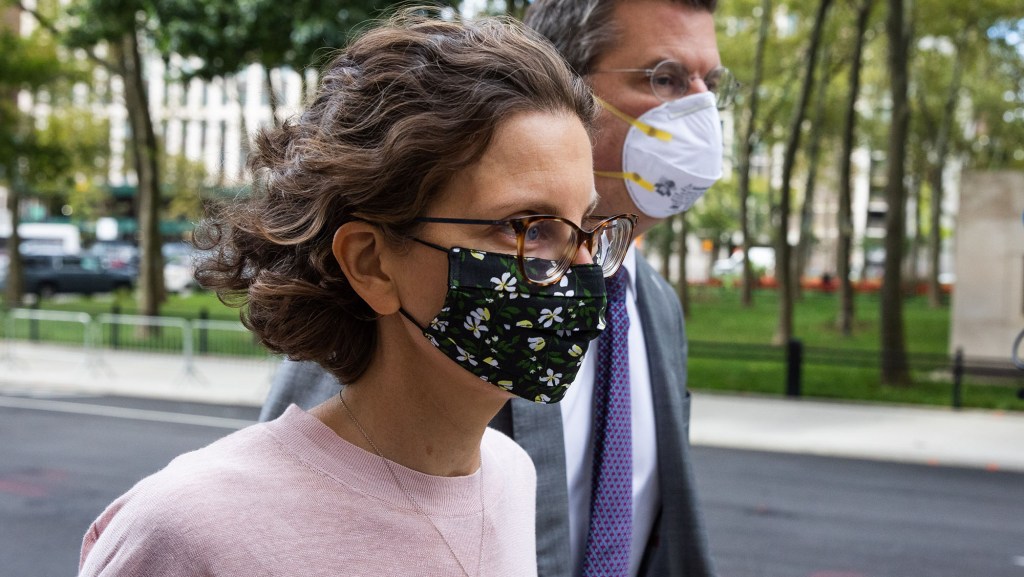 Clare Bronfman, an heiress to the Seagram liquor fortune who was convicted for her participation in purported self-help group Nxivm, is warning creators of TNT documentary series Rich & Shameless to tread carefully in their portrayal of her as benefactor of a division in the organization revealed to be a sex cult.

In a letter to the network, Warner Bros. Discovery and producer Tom Lindley, a lawyer for Bronfman challenged the series’ depiction that she knowingly funded DOS, a subgroup within Nxivm that trafficked and abused women.

“While we hope that this letter will be unnecessary, we are quite alarmed with the misleading and inaccurate promotional materials that have already been issued in connection with the Program and write to strongly caution you to proceed carefully so as not to further defame Ms. Bronfman,” writes attorney Duncan Levin in the note obtained by The Hollywood Reporter.

Rich & Shameless, which debuted on April 23 with an exposé on Girls Gone Wild founder Joe Francis, chronicles the stories of rich and famous people. TNT will release on May 22 an installment called “The Heiress and the Sex Cult” focusing on Bronfman, who was sentenced to six years and nine months in prison for her role in Nxivm (pronounced NEX-ee-um).

Bronfman, who hasn’t seen the episode, takes issue with the program’s title. Levin says it “creates the impression that Ms. Bronfman knowingly funded or was in any way associated with a ‘sex cult.’”

The episode’s description states Bronfman was a “financier of one of the most abusive cults of the 21st century.”

Levin argues that the producers of the series aren’t fully aware of the specific legal findings in Bronfman’s prosecution. He says his client was only involved in Nxivm, which he calls a “well-regarded organization that was and always had been separate and distinct from DOS.”

“Not only is the evidence in the court record extraordinarily clear on that point, but the federal judge presiding over Ms. Bronfman’s case made a specific judicial finding on this point,” Levin writes.

“I agree with Ms. Bronfman that the available evidence does not establish that she was aware of DOS prior to June 2017 or that she directly or knowingly funded DOS or other sex trafficking activities,” wrote U.S. District Judge Nicholas Garaufis in Bronfman’s sentencing memo.

The judge held, “I do not find that Ms. Bronfman knowingly funded a sex cult.”

Bronfman spent at least $116 million on Nxivm, prosecutors alleged. Critics of the group said that she drove them to bankruptcy by suing them and that she persuaded local prosecutors to investigate them.

The demand for nonfiction and true crime content have led to a spate of defamation lawsuits against production companies and the networks and streamers that carry them. Netflix has been accused of flouting libel laws in Making a Murderer, Jeffrey Epstein: Filthy Rich and When They See Us, among other series documenting real life events.

Defamation lawsuits, however, are known to be difficult for people in the public interest to win. They have to prove that the people who made the allegedly defamatory statements knew they were lying and acted with a reckless disregard for the truth.

If Bronfman decides to pursue a lawsuit, a showing that the creators of the series had sources who said that the heiress knowingly funded illicit activity by DOS may be enough for them to dodge the case.

“I don’t see any difference in the standard that a documentary needs to adhere to and that of any other journalistic organization,” Levin says.