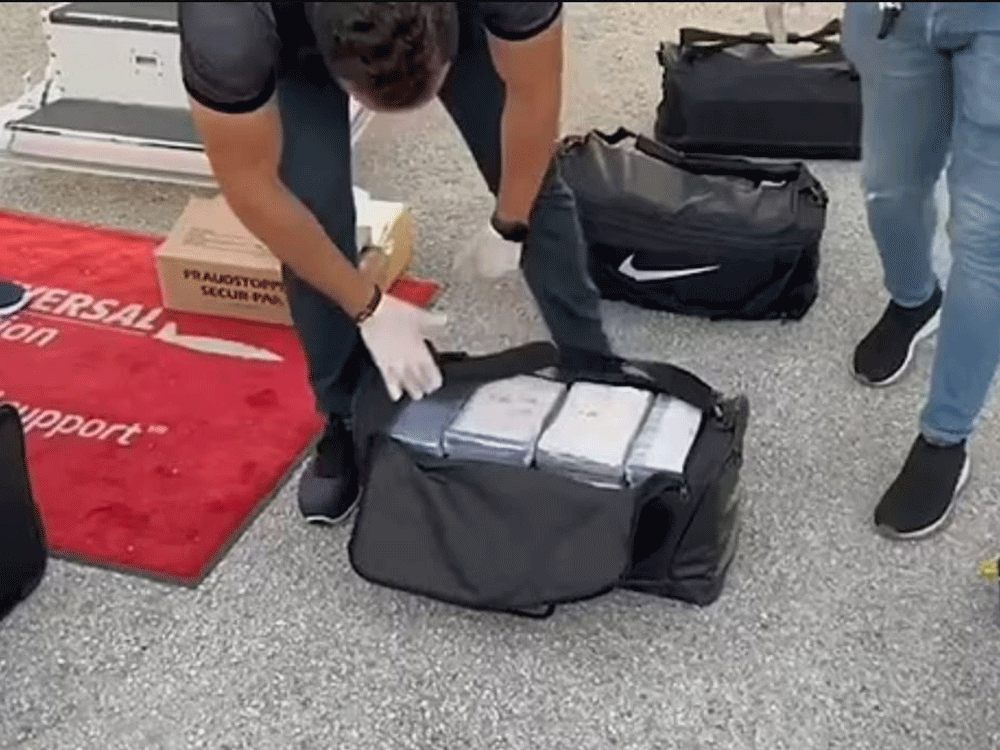 A Canadian charter airline whose crew was jailed after reporting a hidden stash of cocaine on their plane is turning up the heat in its unusual dispute with the Dominican Republic, suggesting Canadian vacationers avoid the country and urging Ottawa to intervene politically.

Meanwhile, the Airline Pilots Association (ALPA) — North America’s largest commercial aviators’ union — has cited the affair in urging its 59,000 members to use “extra vigilance” and the “highest levels of awareness” when flying in and out of the Dominican Republic.

The two pilots, two flight attendants, a mechanic and their six passengers were imprisoned there after the technician discovered contraband secreted in the jet’s avionics bay, says Pivot Airlines.

They’re out on bail now after several days spent behind bars, the men having been held in communal cells alongside people charged with drug offences.

But the company and the crew’s unions say the Canadians are still in a precarious situation, forced to stay in the Dominican Republic while the investigation unfolds, but facing serious death threats.

They are under the protection of an international security firm hired by Pivot and being moved regularly, the company says.

The crew has faced constant threats to their safety, including explicit threats on their lives

The company and unions — ALPA, CUPE and Unifor — pressed Maninder Sidhu, the parliamentary secretary to Foreign Affairs Minister Melanie Joly, to raise the case during his official visit to the country last Thursday.

The incident calls into question the safety of any Canadian who travels to the Dominican Republic — one of this country’s most popular winter-vacation destinations, they said in an email to Sidhu.

“The continued prosecution and credible threats to the lives of our crew in the Dominican Republic raise serious concerns for all those travelling to the country, including those considering vacationing in the Dominican Republic,” Pivot added in a statement. “We believe this incident should cause all travellers to consider making alternative travel plans.”

Close to a million Canadians travel to the Caribbean nation every year, second only to the United States.

A spokesman for the Dominican embassy in Ottawa was unable to respond to Pivot’s remarks by deadline. The Dominican National Directorate for Drug Control (DNCD), which is investigating the contraband discovery, and the country’s Public Ministry, which is prosecuting the case, previously declined to comment .

Sidhu did raise the incident with local government officials during his visit and “stated that the Government of Canada’s first priority is always ensuring the safety and security of Canadians,” Adrien Blanchard, Joly’s press secretary, said Monday.

The Bombardier-built regional jet flew to the Dominican resort town of Punta Cana on March 31 and was scheduled to leave early this month, carrying potential investors being entertained by an Alberta company. The CRJ-100 was until about two years ago part of a fleet operated by predecessor-company Air Georgian. Georgian provided Air Canada Express flights under contract.

Pivot says a mechanic accompanying the flight discovered a bag in the avionics bay — a compartment accessed from below the fuselage that contains electronic equipment — and alerted both the RCMP and local officials.

The Dominican National Directorate for Drug Control (DNCD) says it responded to “intelligence” and found seven other bags in the bay, too, holding a total of 210 kilograms of cocaine. Though street value of illegal drugs is hard to pinpoint, it could be worth as much as $25 million in Canada by some calculations.

The crew and passengers were immediately sent to jail despite the employees having reported the contraband, the airline says. Crew members and most passengers were finally released on $23,000 bail each just after the Easter weekend. A local judge freed them on the condition they stay in the Dominican until police finish their investigation.

But now they’ve been identified as people who helped police intercept a sizeable amount of illicit narcotics, a significant financial blow for the traffickers behind it.

“The crew has faced constant threats to their safety, including explicit threats on their lives,” the airline and unions said in their letter to Sidhu. “While Pivot Airlines has taken every possible precaution, including hiring private security and regularly relocating the crew, it has become clear that additional political intervention is required.”

They asked the parliamentary secretary to call on the Dominican government to let the Canadians leave the country, with a commitment to make themselves available to the Dominican justice system if necessary.

A news release on the visit posted on the Dominican embassy’s website says Sidhu met with officials of the Caribbean country’s foreign ministry “with the objective of promoting collaboration between both nations.” The MP and Dominican officials discussed “issues on the political and commercial agenda,” the release added.