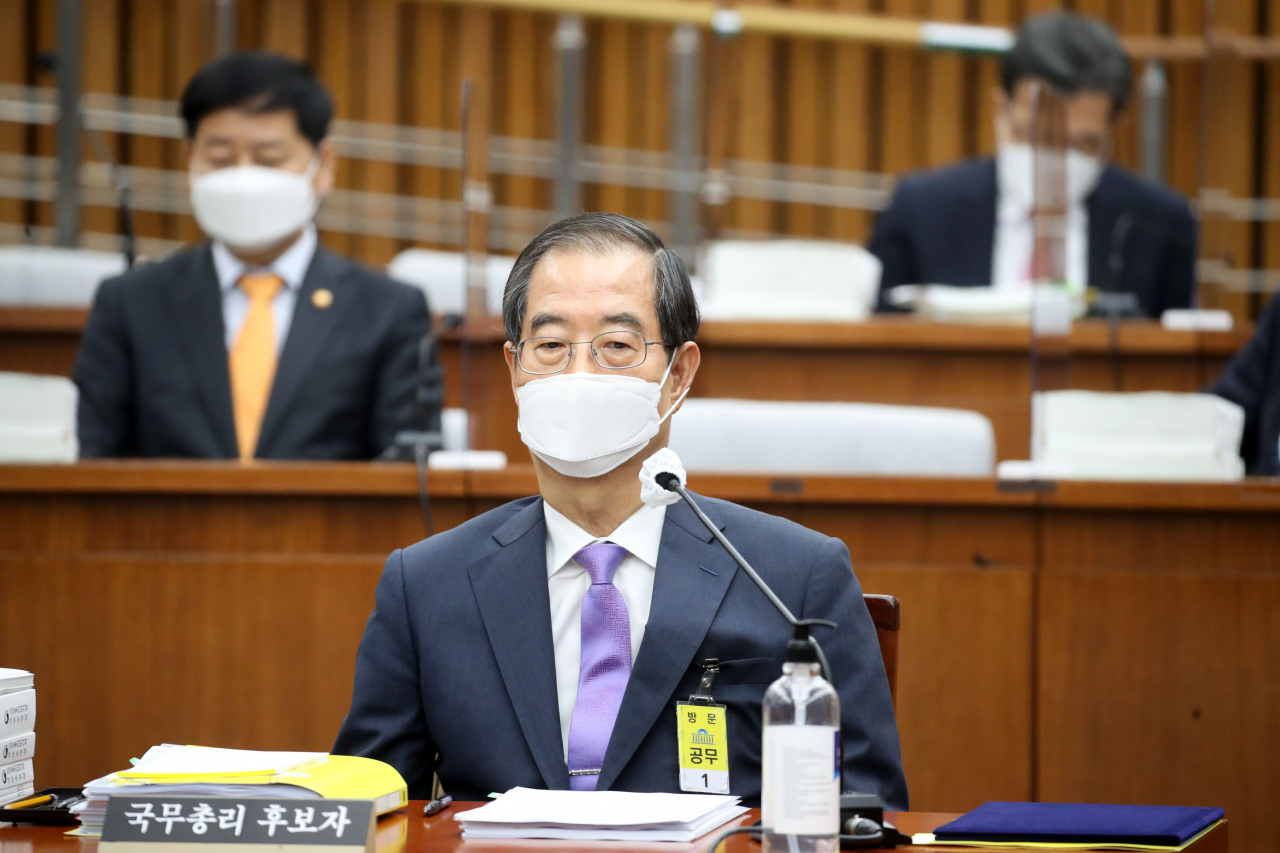 The confirmation hearing for Prime Minister nominee Han Duck-soo got off to a rough start Monday after lawmakers from the ruling Democratic Party (DP) and the minor progressive Justice Party boycotted the hearing, accusing Han of failing to provide requested data.

The hearing was adjourned less than an hour after it started with only members of the People Power Party in attendance. Before its adjournment, Rep. Kang Byung-won of the DP expressed his deep regret over Han’s inadequate presentation of data and left the hearing room.

The DP and the Justice Party on Sunday demanded postponement of the two-day confirmation hearing, saying that it is useless to vet Han without essential data.

The parties said they plan to resume the hearing at 2 p.m.

In the hearing, Han, who is nominated as the first prime minister of President-elect Yoon Suk-yeol’s incoming government, was expected to be grilled about alleged conflicts of interest related to his home rental in the 1990s and also the hefty salary he received as an adviser to law firm Kim & Chang.

In South Korea, prime minister is the only Cabinet post that requires parliamentary approval. (Yonhap)