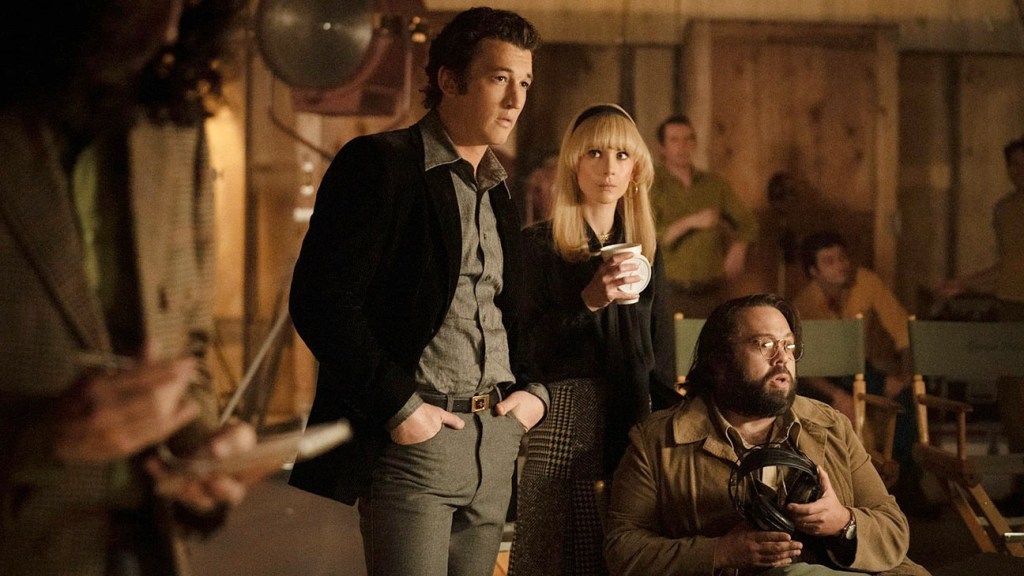 If you purchase an independently reviewed product or service through a link on our website, The Hollywood Reporter may receive an affiliate commission.

The Godfather‘s behind-the-scenes drama has scored the small screen treatment in The Offer, a limited series about the making of the Oscar-winning mob movie from the perspective of producer Al Ruddy.

The Godfather is based on Puzo’s 1969 best-selling novel, and Coppola’s 1972 film adaptation won best picture, best actor and best screenplay at the 45th Academy Awards. The Godfather: Part II was released in 1974, and the Oscar-nominated The Godfather: Part III arrived in theaters in 1990. (The third film was recut in 2020 into a version that Coppola and Puzo “intended the movie to be.”) The iconic picture has also inspired an official cookbook and an Italian food brand.

The real-life Ruddy executive produced drama The Offer, which was fêted last week at Paramount Studios, not far from Evans’ office. Showrunner Nikki Toscano told The Hollywood Reporter that Ruddy (who did not attend the event) was “incredibly supportive since day one.”

Below, find out The Offer‘s episode release schedule and where you can catch up on the legendary Mafia film franchise online.

The Offer is available to watch exclusively online starting April 28 on Paramount+, which is separate from the Paramount Network cable channel. The first three episodes will be released this Thursday, and new ones will drop weekly. The finale will air June 16.

The ViacomCBS-owned streaming video-on-demand service costs $5 per month for the Essential plan or $10 for the Premium option.  Both subscription packages include access to Paramount+ original content including the Yellowstone prequel series 1883, Halo, Star Trek Picard and Discovery, Mayor of Kingstown, RuPaul’s Drag Race All Stars, Why Women Kill and more; movies and shows from BET, Comedy Central, Nickelodeon, MTV and Smithsonian channel; and Paramount feature films such as Scream, The Fighter, Django Unchained and others.

New customers can watch The Offer for free online with a seven-day trial to Paramount+. The streamer is also available as an add-on to subscribers of Amazon Prime Video.

How to Watch The Godfather Trilogy Online

Want to catch up on the inspiration behind The Offer? If you want to stream The Godfather trilogy online, you’ll need to buy or rent the films until they arrive on streaming video-on-demand services.

All three movies are available to rent for $3 and up or buy for $13 and up on Amazon Prime Video, Google Play, iTunes or Vudu.

For those who prefer to own The Godfather beyond digital, the trilogy is available on Amazon on DVD and Blu-ray and in the 4K Ultra HD Corleone Legacy Edition, and as a special edition box set with 4K UHD, HDR-10 and DolbyVision (plus the digital copy) at Target or Best Buy.