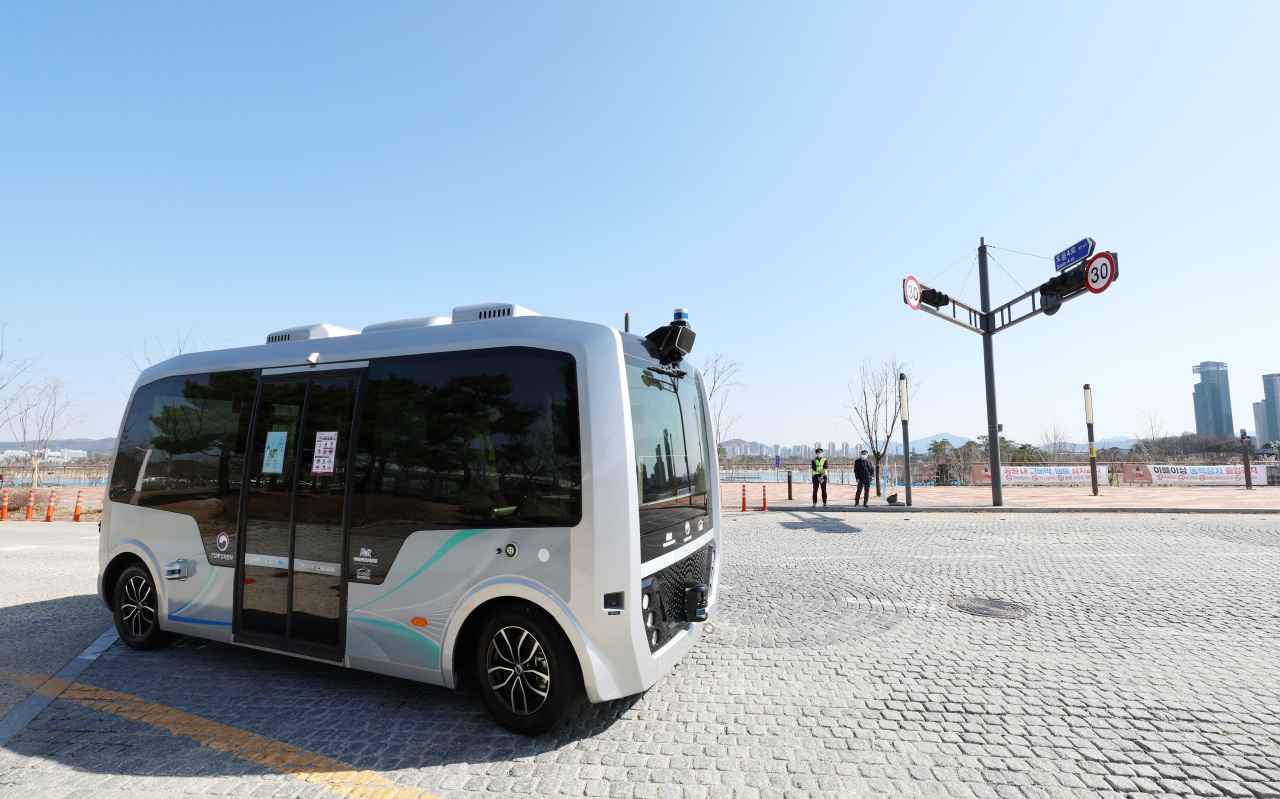 South Korea is lagging behind in revising regulations to prepare for the commercialization of autonomous vehicles compared to other major countries such as the US, Germany and Japan, a Seoul-based think tank said Sunday.

The market size of autonomous, or self-driving, vehicles is expected to grow from $7.1 billion in 2020 to $1 trillion by 2035, a report by the Korea Economic Research Institute showed. More than half of the newly launched cars to be sold in 2030 are expected to be equipped with level three autonomous driving technology.

Level three autonomous driving means that the driver can hand over control to the vehicle, but must be ready to take over when prompted in a limited number of areas such as on the freeway. Autonomy in vehicles is often categorized in six levels from level zero to five according to a system developed by the US-based SAE International.

But the country has yet to revise regulations so that level three automated cars can be driven commercially. Currently, level three cars can only be test-driven.

Starting from 2018 until last year, the government did come up with regulations to help promote the commercialization of self-driving cars and to safely test drive them, but none were made to commercialize level three automated cars, KERI noted.

The test-driving distance of automated cars in South Korea and accumulated data is also far behind that of the US.

In the US, more than 1,400 automated cars have been test driven for a total of 3.2 million kilometers, while Korea only has around 220 self-driving cars that have been driven for only a total of 720,000 kilometers.

KERI suggested that the country ease requirements for autonomous driving to be in line with the speed of technological developments and to be competitive in the global market.

Tesla, for instance, has revealed a technology called Full Self-Driving which is a level two and a half to three in autonomous driving technology, and does not require a driver to be present.

Advancement in level three self-driving technology by carmakers in US, Germany and Japan, have been backed by legal requirements established in each country.

The US announced its Federal Automated Vehicles Policy back in 2016 to offer guidelines for each level of autonomous driving technology and allow level three and level four self-driving cars to be driven.

Japan has already revised its transportation-related regulations in 2019 to allow level three autonomous cars to be legally and publically driven.