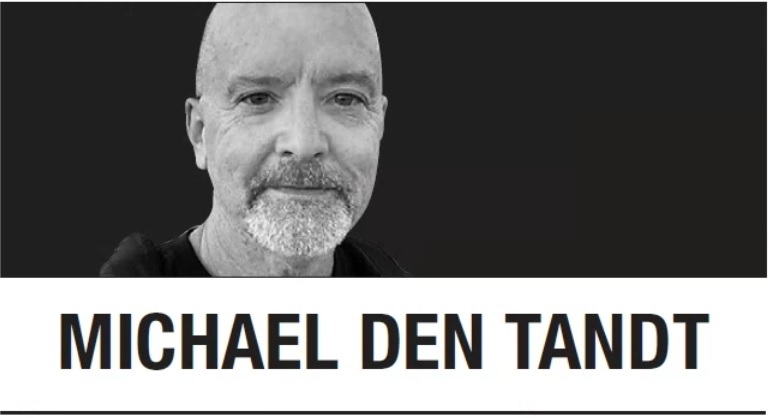 For globalization to survive the war in Ukraine, the United States must do better and be better. It is unclear whether the world’s greatest democracy has the wherewithal to manage this.

Unfair? It may seem so. US President Joe Biden has done a creditable job of rallying the West to Ukraine’s side as it battles a brutal Russian invasion. By going public early and often with good US intelligence, Biden has kept ahead of clumsy Russian propaganda and disinformation. The feared devastating cyberstrikes against the West have not (yet) materialized, reportedly thanks to preemptive work by US security services. It’s leadership the likes of which we’ve not seen from Washington in recent memory.

And that’s the problem. Biden has a steady hand now. For how long? How long until Washington’s next hugely damaging strategic mistake? For the current moment did not rise from nowhere, out of the suddenly maniacal, homicidal mind of Russian President Vladimir Putin. He has been this way for some time, and this war has had two decades of runway. At critical junctures, the United States either vastly overplayed or underplayed its hand.

Recall that in the days after the Sept. 11, 2001 attacks on the World Trade Center and the Pentagon, thousands of Canadians gathered on Parliament Hill to show their solidarity with Americans. Similar scenes took place worldwide. Not long after, a NATO-led coalition of more than 40 countries joined the US effort in Afghanistan, vowing to bring security and prosperity to a country shattered by decades of war.

But there is, of course, neither security nor prosperity today in Afghanistan. The last American soldier departed last year in a rout. Afghan women and girls, whose education NATO soldiers championed, are on their own. So are the many thousands of other Afghans who believed Western promises.

And even as the United States and NATO were making those solemn pledges to the Afghan people, the US security establishment, led by President George W. Bush, was rushing headlong toward a war of choice in Iraq in 2003. It is hard not to see parallels between Putin’s invasion of Ukraine and Bush’s in Iraq two decades earlier. To be sure, Ukraine is a democracy, and Saddam Hussein’s Iraq was not. The catastrophe that followed the Iraq War was no less horrific for all that.

Bush hoped to seed democracy across the Middle East. Instead, his war set a match to a tinderbox. A few years later, a different American president coping with the consequences drew a red line for Syrian dictator Bashar Assad, forbidding his use of chemical weapons against his own people. Assad, with Russian backing, ignored Barack Obama’s warning — without consequence. America had overreached in Iraq. Now, apparently, it would underextend in Syria in the face of atrocity.

Unrelenting regional chaos caused waves of its own — including a flood of irregular migration toward the relative safe haven of Europe. By late 2015, the Syrian refugee crisis was roiling election campaigns in Canada, fueling Brexit rhetoric in Britain and serving as fodder for a nativist backlash in the United States. Real estate developer and pageant promoter Donald Trump rode the “fear of the other” to power the following November — with help from Putin’s Russia.

There isn’t room here to catalog the historic degree of harm done to the US, to its standing in the world, to NATO, to the global institutions of liberal trade and multilateralism built with American leadership after 1945, during Trump’s tenure. The fact that declared Republican voters overwhelmingly favor his return to the White House, even after his followers stormed the US Capitol in January 2021, should be shocking and terrifying.

Instead, such is the lassitude caused by frequent exposure to the unthinkable — it’s mostly met with a shrug. More Benito Mussolini than Napoleon Bonaparte, Trump is an incompetent. He and his movement nevertheless represent the greatest risk to American democracy, and thus global democracy, since the Second World War.

This isn’t to say that liberalism, globalized trade and the institutions developed to support it, such as the World Trade Organization, International Monetary Fund, G-20, International Criminal Court and United Nations, are doomed. But they are in peril. Russia now seeks to smash the US-led global order. China is watching, learning and biding its time. No one knows how it will end.

The Iraq War was a critical step in the descent to this moment of severe global risk. There can be no wars of choice, if there is to be a global community. That is a lesson of Ukraine, as much as the wickedness of Putin.

Michael Den Tandt
Michael Den Tandt is managing editor of the Centre for International Governance Innovation and a former adviser to Canadian Prime Minister Justin Trudeau. He wrote this for the Chicago Tribune. — Ed.