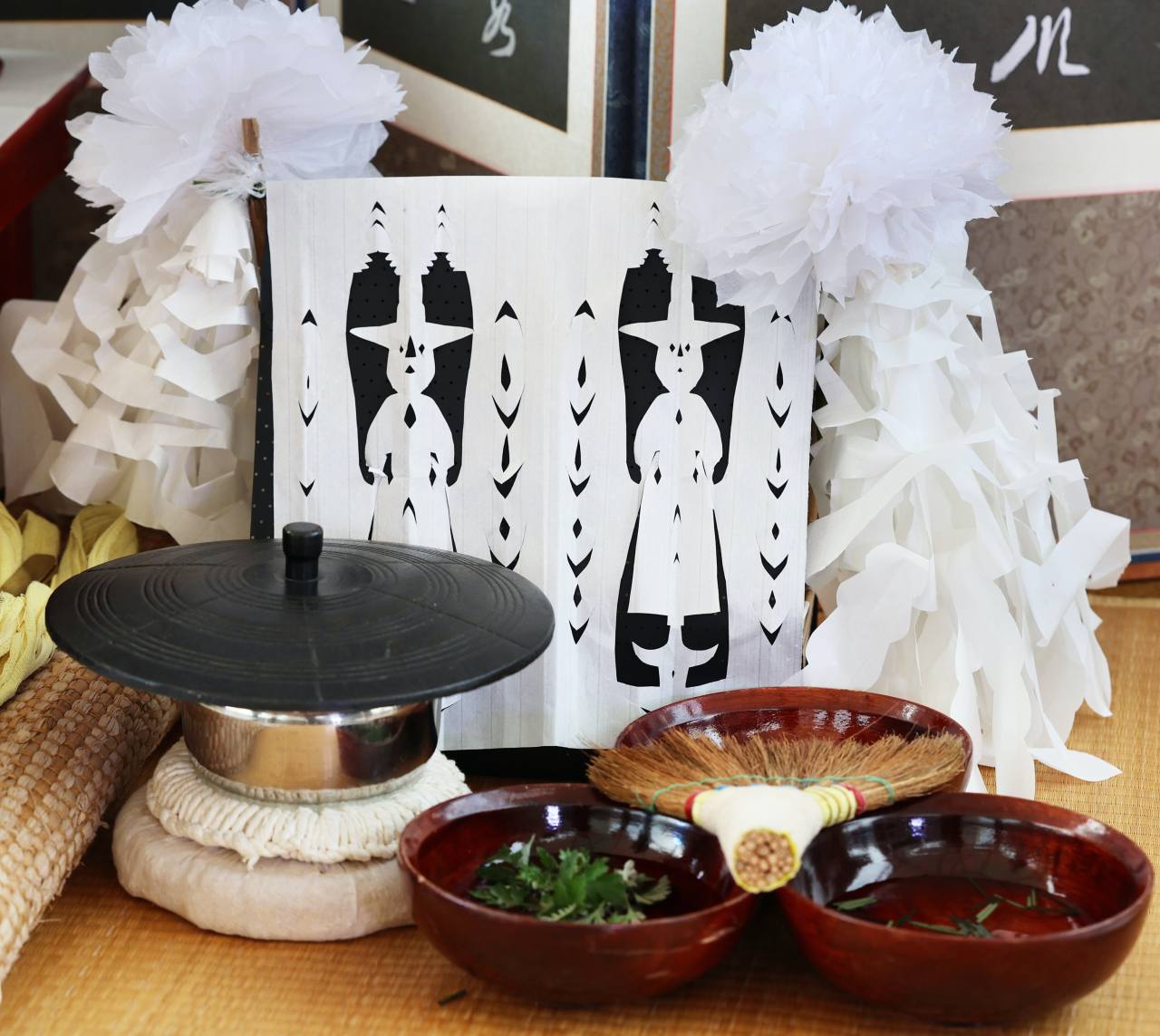 Flowers are omnipresent in Korean life, which is a series of celebrations, one after another. One of the essential components of the Korean psyche is the “heung” and the “kki.” Heung represents the rhythms of life, while the kki is the enthusiastic energy that moves us.

While modern greenhouses today produce an almost unlimited selection of colorful flowers throughout the year, fresh flowers were not always readily available in Korea until the late 20th century.

Not to worry. Koreans have “jihwa,” flowers made with naturally dyed “hanji,” or mulberry paper. Hanji blooms guaranteed flowers no matter what time of the year flowers were needed.

Korean hanji, made from mulberry tree fibers, is a strong, long-lasting multipurpose paper. Hanji is shaped into colorful flower petals and leaves and is used to wrap bamboo stems. Hanji is rolled to form paper strings and paper nails that keep the pieces together in the shape of a flower.

Long before fresh flowers were readily available, jihwa were the norm and they added color to all life events that needed flowers.

Ceremonial events such as weddings, spiritual rituals like “gut,” the “nongak” community band music, dance rituals as well as religious traditions which call for honoring spiritual enlightenment in Buddhism, all require flowers.

Colorful flowers can be seen when Koreans celebrate the 100th day of a child’s birth as well as the first birthday, “dol.”

Hanji flower arrangements were also common at celebrations of “hwangap,” the 60th birthday, which comes after the fifth cycle of the Korean zodiac, returning you to the same birth sign in the year of your birth.

Hwangap was a big deal until the 21st century when life expectancy was far below the modern average numbers. One of Korea’s most famous leaders in history, King Sejong the Great (1397-1450) didn’t even make it to his 54th birthday.

A traditional Korean funeral procession has a hearse called “sangyeo,” which is decorated with paper flowers. The paper flowers on sangyeo are burned after the graveside service, to send them on to the next world.

Nongak, the community band music and dance rituals that are included as part of UNESCO’s Representative List of the Intangible Cultural Heritage of Humanity, also uses hanji flowers.

“When I first learned nongak in 1991, for the annual first full-moon celebration nongak performance, we took several days to make hanji flowers to go on the cone-shaped headgear. There were no fresh flowers in the middle of the winter,” said Lee Myoung-hoon, the Intangible Cultural Heritage No. 7-6 designee of North Jeolla Province, and a Gochang Nongak lead performer.

“We have two types of ‘gokkal,’ the cone-shaped headgear. Baek gokkal is topped with white flowers. Saek gokkal is the one with a variety of colors depending on the region of the country. Some use red, yellow, blue, and white, while others use red, yellow, green and white. There are even ones with just red, yellow and white colored flowers,” said Lee, one of the best-known nongak performers in Korea.

Artists who make hanji flowers, or jihwa, are known as “jihwajang.”

Jihwajang Ven. Seokyong, 54, is the Gyeonggi Province Intangible Cultural Heritage holder No. 63, who is working on reinventing Buddhist flowers in ancient paintings.

“There are 56 different flowers that appear in Buddhist art. We can make about 20 of them. I am going to resurrect the rest of them,” said Ven. Seokyong, who moved into Guinsa, the main temple of the Cheontae Order of Korean Buddhism, when he was 17 years old.

Ven. Seokyong, who colors hanji and makes the most detailed flowers with them, meticulously works on paper flowers using tools inherited from his teachers.

In “ssitkkimgut,” a shaman healing ritual, paper flowers are used along with paper human figures.

The ritual helps to send over the spirits of the deceased to the next world in an underworld boat decorated with paper flowers.

The final act in ceremonies involving the spirits is the burning of the items that are used, sending them on to the next world.

“Things used in gut, the things made right before the gut are burned after the ceremony,” said professor Lee Kyung-yup, a folklore expert at the Mokpo National University.