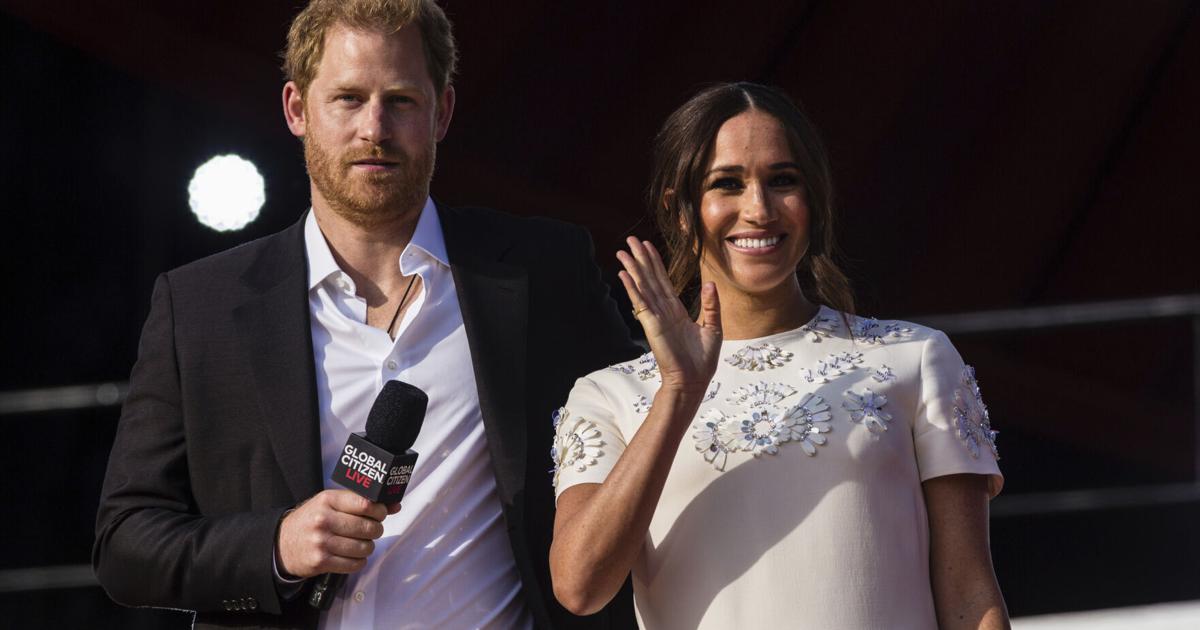 THE HAGUE, Netherlands (AP) — Prince Harry is opening up about his life at home and his recent surprise visit with Queen Elizabeth II, saying he and his wife, Meghan, had tea with the monarch and shared laughs.

“It was really nice to catch up with her,” Harry told NBC’s “Today” show in an interview that aired Wednesday. “She’s on great form. She’s always got a great sense of humor with me.”

Harry and Megan visited the queen at Windsor Castle on Thursday for their first joint visit to the U.K. since they gave up formal royal roles and moved to the U.S. more than two years ago.

Harry said like a lot of working parents, he and his wife found it hard to separate work and parenting — they have two children, Archie, who is almost 3, and 10-month-old Lilibet — during the pandemic. “Archie spends more times interrupting our Zoom calls than anybody else,” he said, adding he also “gets us off them as well, which is a nice thing.”

The couple visited Harry’s 95-year-old grandmother on their way to the Netherlands to attend the Invictus Games. Harry is founder and patron of the international sports competition for wounded military veterans.

Harry said he wanted to return to the United Kingdom with his kids for the queen’s upcoming platinum jubilee, but warned that “security issues” could get in the way. “I don’t know yet. There’s a lot of things, with security issues and everything else,” Harry said, adding he was “trying to make it possible that I can get my kids to meet her.”

Harry is suing the British government for refusing to let him pay for his own police security on his visits to the U.K. His lawyers say Harry wants to bring his children to visit his home country but that it is too risky without police protection.

Harry and Meghan, also known as the duke and duchess of Sussex, stepped down as senior working royals and moved to Santa Barbara, California, in 2020, citing the unbearable pressure of their roles and racist attitudes of the British media.

“Home for me now is — for the time being — it’s in the States,” he said. “We’ve been welcomed with open arms. I mean, it’s got such a great community up in Santa Barbara.”

Harry has made solo trips to the U.K. to attend the funeral of his grandfather, Prince Philip, in April 2021 and to unveil a statue of his late mother Princess Diana last July.

He said he was enjoying fatherhood: “I’ve always wanted to have my own kids, and now I’ve got two little people who I’m responsible for.”

He also said he has found himself thinking of his late mother even more: “I feel her presence in almost everything that I do now. But definitely more so in the last two years more than ever before, without question. So she’s watching over us.”

Photos: Harry and Meghan through the years