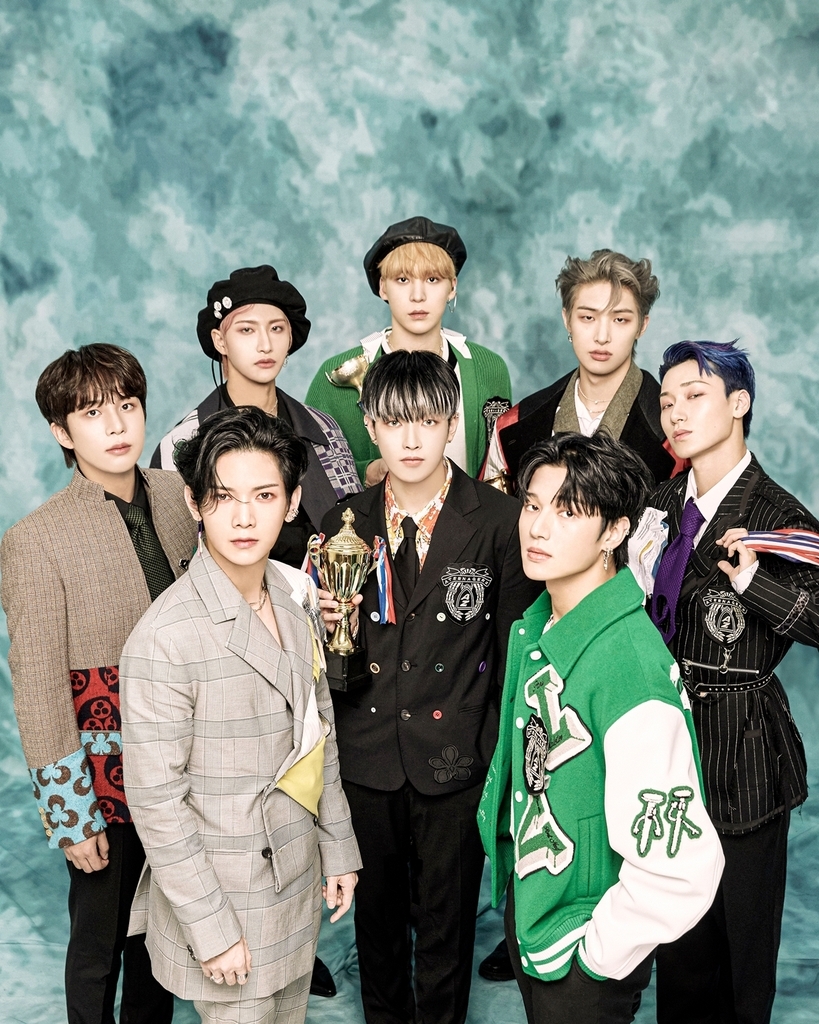 The group has almost 2.25 million followers on the global platform and over 3 million monthly subscribers.

In the meantime, the eight bandmates left for Paris on Wednesday for the European leg of their international tour. Starting from Madrid on Saturday, they will visit London, Paris, Berlin and Amsterdam, performing eight times.

The Fellowship: Beginning of the End tour started in Seoul in January, and in February the band traveled to the US, drawing about 70,000 concertgoers.

Next month, Ateez will release its second EP in Japan.

Kang Daniel hints at May return

Kang Daniel is set to return to the scene with a new album in May, confirmed agency Konnect Entertainment on Friday.

The news first came through a live performance clip as part of Grammy’s Press Play At Home series, which was posted Friday. He presented a new performance for “Antidote,” and before the video came to an end, it read: “Kang Daniel is expected to release new music in May of 2022.” He was the third K-pop act — after BTS and Seventeen — and the first K-pop solo act to appear in the series.

The last album he released was the EP “Yellow” in April last year, which wrapped up his “Color” series.

Boy band Drippin unveiled its Japan debut single “So Good” on Friday, along with the music video.

The upbeat song highlighted the band’s positive energy and the video showed the seven bandmates having fun playing basketball and at a party playing games.

The band will officially debut in Japan with the single on May 18.

Drippin debuted in 2020. The group’s third EP, “Villain,” ranked among the top 10 on the iTunes K-pop albums chart in nine regions last year.

VeriVery opened a website in time for the release of the boy band’s first studio album.

The band’s new website is for an LP titled “Series O (Round 3: Whole)” and is linked to that of the digital single “Series O (Round 0: Who)” from last month. Visitors can play a game to find the bandmates, and those who succeed will be given a surprise reward, according to agency Jellyfish Entertainment.

The LP is themed around the key phrase “Hello Darkness,” depicting the conflict between those who challenge the darkness and those protecting it.

Hoyoung also participated in writing the lyrics for the lead single “Undercover.”

The 13-track LP will be released Monday.