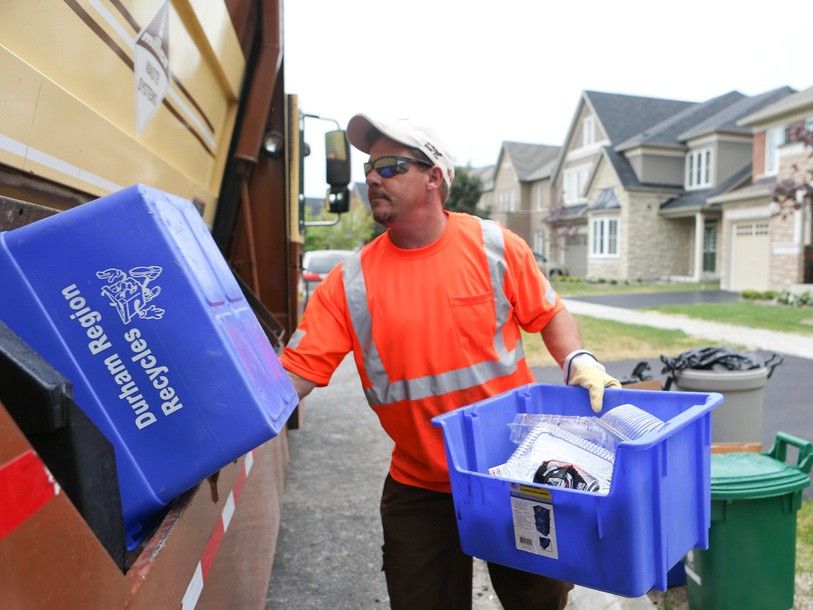 Ontario has approved amended regulation meant to revamp the provincial curbside recycling program. The new regulation not only puts companies that produce household recyclables in charge of the entire cost of recycling their materials but running the provincial blue box program as well.

One sector, however, will not be responsible for paying the price to collect and recycle its products: newspapers.

“We do applaud the Ford government for doing this,” said Alicia McCutcheon, president of the Ontario Community Newspaper Association (OCNA).

McCutcheon said her organization has been lobbying MPPs and attending Queen’s Park Lobby Days for this exemption for newspapers for a very long time.

OCNA represents 215 weekly or community papers across the province, half of which are independent and the other corporate. She said these types of fees could be the “death knell” for some of their publications.

“This exemption helps to preserve this important service,” said a spokesperson for the ministry of the environment, conservation and parks.

Newspapers will continue to be collected under the blue box system and will include any protective plastic wrapping and any advertisements and inserts that are provided along with the newspapers.

“We’ve never viewed ourselves as the same as the tin can or the plastic wrap people of the world, we’re not packaging,” said McCutcheon.

The exemption for newspapers will last two years. McCutcheon said they will see what happens when it expires, but for now, their members are pleased.

The amended regulation was welcome news to other stakeholders as well, namely the producer responsibility organizations (PROs) which represent companies that produce recyclable waste like Costco, McDonald’s, and Loblaws.

The first regulation involved a convoluted process with rules and an allocation table to establish how the collection system was going to work, said Allen Langdon, CEO of Circular Materials Ontario, a PRO that represents some of the province’s biggest companies.

Langdon said his organization advocated for changes that would allow for an efficient way to establish a common collection system, one that is the same all across the province.

The environment ministry said amendments were also needed to ensure the implementation of a new blue box program and transition to this program was not delayed.

“The benefit of this new regulation is there is more certainty and there is going to be one plan,” Langdon said. “Because really, that’s in the best interest of both producers and residents.”

Environmental groups are among those who are less pleased with the regulation.

Under the current system, Ontario municipalities and companies that produce waste split the cost of running over 240 separate blue box programs. Karen Wirsig, the plastics program manager at Environmental Defence, said time will tell if this new, common collection system will actually benefit the environment.

The new system follows the strategy of expanded producer responsibility, which means companies are responsible for the whole lifespan of the products they make. The goal of this is that manufacturers will start making goods and packaging that are designed differently to cut back on waste which benefits the environment and lowers how much money they spend on recycling.

“We need to be asking if these regulations are going to drive changes,” said Wirsig. “Or are they just going to use Ontario’s cheap landfills?”

PROs have until July 1, 2022, to submit a plan which outlines how they will operate a common collection program. The new system is supposed to come into force in Toronto next summer and then roll out to the rest of the province, which gives companies less than a year after submitting their proposals to implement them.

Langdon said this timeframe is “eminently reasonable.” As they enter discussions with other PROs, he said he hopes they can be relatively quick to come up with a plan for an efficient common collection system and meet the deadline.