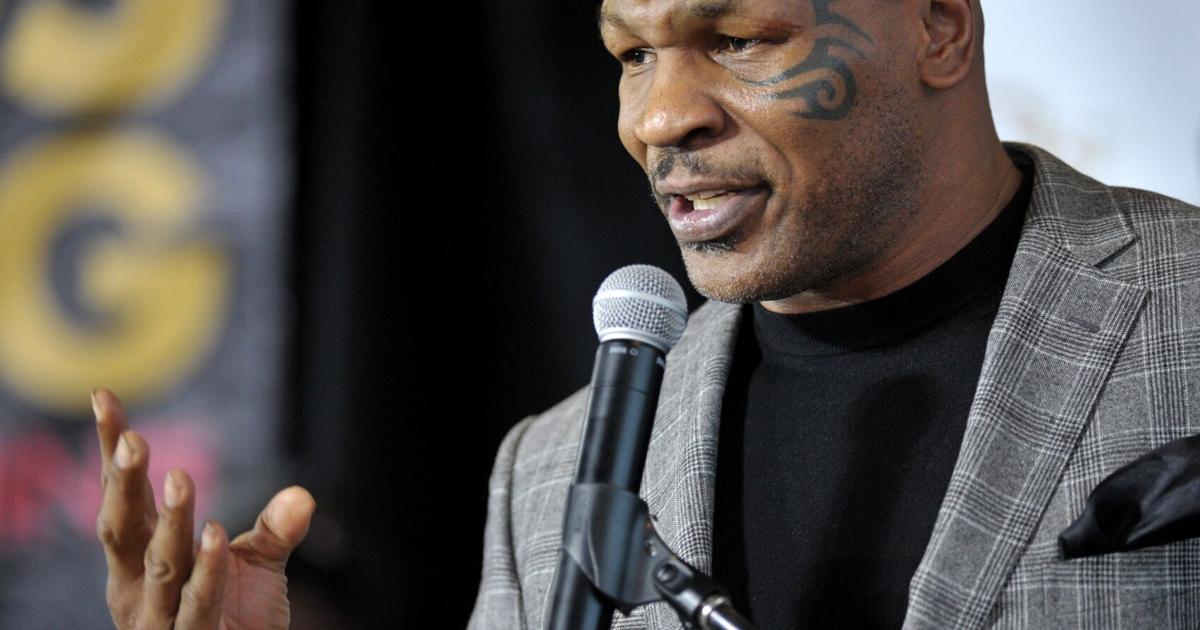 Here’s a look at today’s leading topics for April 21:

Authorities were investigating Thursday after former heavyweight champ Mike Tyson was recorded on video punching a fellow passenger on board a plane at San Francisco International Airport.

The video shows Tyson leaning over the back of his seat repeatedly striking the unidentified man in the head, drawing blood. The footage was first shared by TMZ, which said it was recorded on a Jet Blue plane bound for Florida.

“Unfortunately, Mr. Tyson had an incident on a flight with an aggressive passenger who began harassing him and threw a water bottle at him while he was in his seat,” representatives for Tyson said in an email to The Associated Press. Read more about the incident here:

A 44-year-old man was arrested Thursday in the death of 51-year-old Orsolya Gaal, who was found over the weekend inside a duffel bag in Queens, the New York City Police Department said.

David Bonola faces charges of second-degree murder, first-degree criminal tampering and fourth-degree criminal possession of a weapon, NYPD Chief of Detectives James Essig said at a news conference. He was expected to be arraigned later Thursday.

Bonola made a confession to police after he was arrested, a law enforcement official previously said. Read more about the case here:

Actor Robert Morse, who won a Tony Award as a hilariously brash corporate climber in “How to Succeed in Business Without Really Trying” and a second one a generation later as the brilliant, troubled Truman Capote in “Tru,” has died. He was 90.

The boyishly handsome Morse first made his name on Broadway in the 1950s, and landed some roles in Hollywood comedies in the 1960s. Read more of the obit here:

Actor Robert Morse, who won a Tony Award as a hilariously brash corporate climber in “How to Succeed in Business Without Really Trying” and a second one a generation later as the brilliant, troubled Truman Capote in “Tru,” has died. He was 90. David Shaul of BRS/Gage Talent Agency says Morse died at his home Wednesday after a brief illness. More recently, Morse played the autocratic and eccentric leader of an advertising agency in “Mad Men,” AMC’s hit drama that debuted in 2007. The role earned him an Emmy nomination in 2008 as best guest actor in a drama series.

A federal judge on Thursday temporarily blocked a state law that effectively eliminated abortions in Kentucky after the state’s two remaining clinics said they couldn’t meet its requirements.

The decision by U.S. District Judge Rebecca Grady Jennings was a victory for abortion rights advocates and a setback for the Republican-led legislature, which passed the law in March and then overrode Democratic Gov. Andy Beshear’s veto of the measure last week. Both of the clinics indicated Thursday that they would immediately resume abortion services. Get more info here:

Queen Elizabeth II was marking her 96th birthday privately Thursday, retreating to the Sandringham estate in eastern England that has offered the monarch and her late husband, Prince Philip, a refuge from the affairs of state.

Elizabeth is expected to spend the day at the estate’s Wood Farm cottage, a personal sanctuary where she also spent her first Christmas since Philip’s death in April 2021. Philip loved the cottage, in part because it is close to the sea, she said in February when hosting a rare public event at Sandringham. Get more here:

Queen Elizabeth II is marking her 96th birthday privately, retreating to the Sandringham estate in eastern England that has offered the monarch and her late husband, Prince Philip, a refuge from the affairs of state. Elizabeth is expected to spend Thursday at the estate’s Wood Farm cottage, a personal sanctuary where she also spent her first Christmas since Philip’s death in April 2021. This birthday comes during the queen’s platinum jubilee year, marking her 70 years on the throne. While Thursday will be low-key, public celebrations will take place June 2-5, when four days of jubilee festivities have been scheduled to coincide with the monarch’s official birthday.

Putin is claiming victory in Mariupol, even as he ordered his troops not to storm the last pocket of Ukrainian resistance in the the war’s iconic battleground.

The Justice Department is filing an appeal seeking to overturn a judge’s order that voided the federal mask mandate on planes and trains and in travel hubs. The notice came minutes after the Centers for Disease Control and Prevention asked the Justice Department to appeal the decision handed down by a federal judge in Florida earlier this week. A notice of appeal was filed Wednesday in federal court in Tampa. The CDC says it is its “continuing assessment that at this time an order requiring masking in the indoor transportation corridor remains necessary for the public health.”

President Joe Biden plans to mark Earth Day in Seattle on Friday, but he’s struggled to make progress on a sweeping environmental agenda. Some of his plans for fighting climate change remain stalled on Capitol Hill, particularly hundreds of billions of dollars for tax credits to support clean energy. At the same time, scientists have escalated their warnings about the potential effects of global warming. The Democratic president’s deputy national climate adviser says the administration has accomplished a lot and has a long way to go. Biden visits Portland, Oregon, on Thursday on a swing through the Pacific Northwest, a region often on the forefront of environmental efforts.

WNBA All-Star and two-time Olympic gold medalist Brittney Griner is easily the most prominent American citizen known to be jailed by a foreign government. Yet as a crucial hearing approaches next month in Russia, the case against Griner remains shrouded in mystery. Little clarity has come from Russian prosecutors since the Phoenix Mercury player was detained in February. Only measured public statements have come from the U.S. government as it seeks more information about the circumstances of Griner’s detention. An otherwise mundane drug case features storylines of race and gender, professional athletics, geopolitics and international criminal justice.

Israel’s air force and Palestinian militants have traded fire across the Gaza frontier as clashes erupted again between Israeli police and Palestinians at Jerusalem’s most sensitive holy site. The developments early Thursday worsened an escalation that has been eerily similar to the lead-up to last year’s Israel-Gaza war. The violence along the Gaza front, fueled by the unrest in Jerusalem, appears to be the heaviest-cross-border fighting since last year’s 11-day war. It comes despite efforts to prevent a repeat. Palestinian militants fired two rockets toward Israel from the Gaza Strip late Wednesday and earlier Thursday, and Israeli aircraft hit militant targets in Gaza.

After a brief break in the weather allowed for new aerial attacks on some of the many fires burning in the Southwest, crews are preparing for ferocious winds to return through the end of the week. Resources are tight, and fire managers are scrambling to get crews on board. Hundreds of residents have been evacuated. One of the biggest blazes near Flagstaff, Arizona, has grown to more than 32 square miles. Helicopters were able to drop water on that fire for the first time Thursday. Forest Service officials in New Mexico says there is “high confidence that a widespread extreme and catastrophic fire weather event will occur on Friday.”

TORONTO (AP) — Joel Embiid made a 3-pointer with 0.8 seconds left in overtime to give the Philadelphia 76ers a 104-101 victory over the Toronto Raptors on Wednesday night and a 3-0 lead in the first-round series.

Miguel Cabrera had three hits to move one shy of 3,000 in the Detroit Tigers’ 5-3 loss to the New York Yankees at chilly Comerica Park. Cabrera beat out an infield hit in the second inning and singled up the middle oin the fourth against Luis Severino, then grounded a single through the shortstop hole in the sixth off Chad Green (1-1). The crowd, announced at 17,268, rose to its feet as soon as the Yankees made the third out of the eighth. Cabrera struck out on a 1-2 sinker from Clay Holmes.