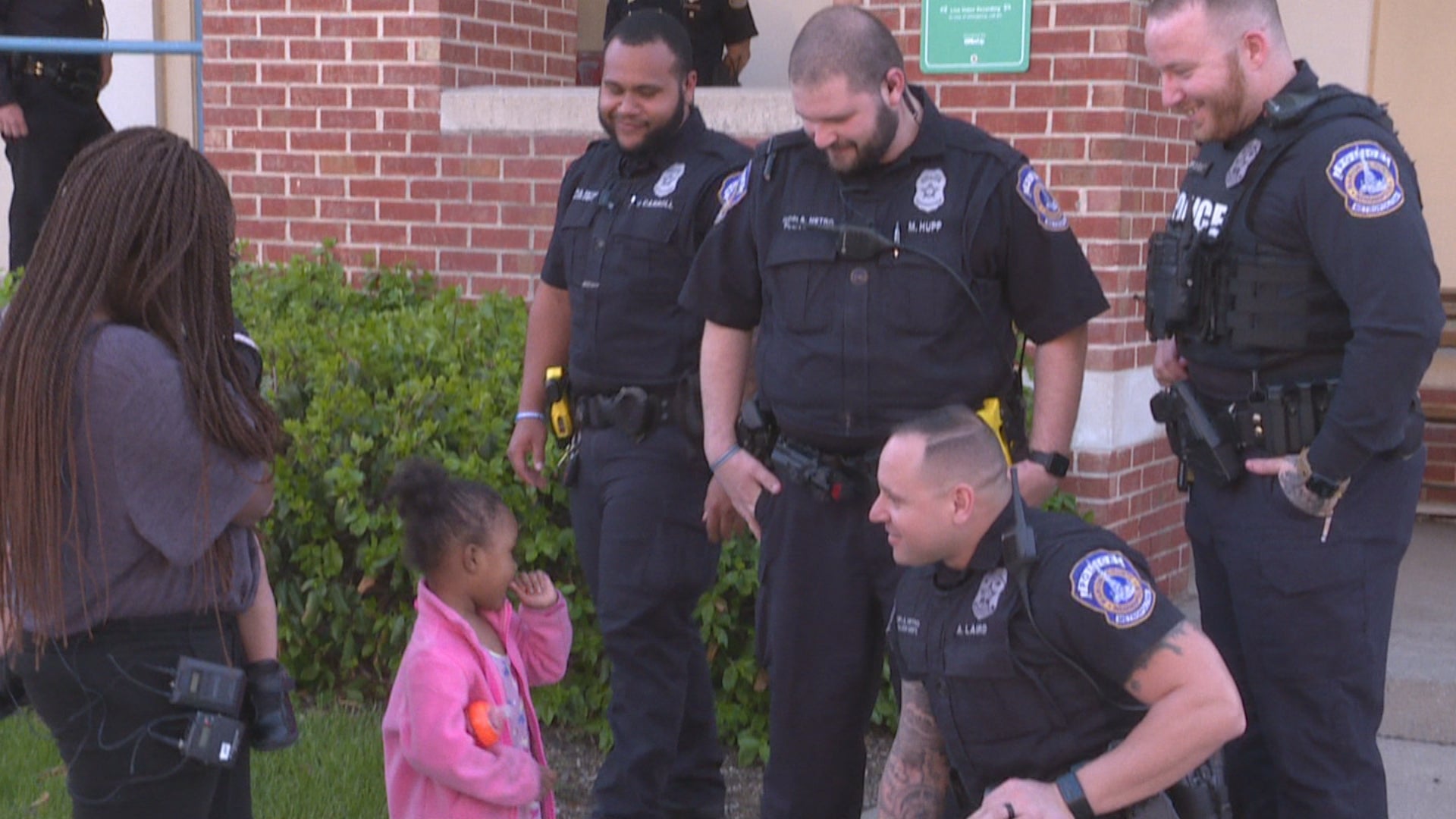 Within minutes, smoke poured into her second floor apartment on East and Hanna Streets on the east side.

“By the time I went to the window at 3 a.m., there were flames literally up to my window,” she said.

While she was on the phone with emergency dispatchers, Culp kicked out her second-story window to relieve some of the smoke. Around that time, several Indianapolis Metropolitan Police officers arrived.

“By the time I looked out the window, there was a crowd of firemen all under the window, and they’re like, ‘Just give me the kids, one by one,’” Culp said.

One of those police officers was Eric Appleget. His colleagues caught both of Culp’s kids, Ezikiel and Elena. Christine dropped them 10 feet, and Appleget got them to safety.

“I think the one thing that sticks out to me the most about that run is the little girl was handed off to me, and when she was initially given to me just how hot she was body-temperature wise,” Appleget said.

It was an unusual role for the IMPD officers who normally block traffic for firefighters as they respond to fires. This time, the officers were on the front lines.

Officer Michael Hupp, “This is probably the best part of my job. Not every day is a pleasant experience, oftentimes you see someone on their worst day, so to be able to help someone and see the follow-through on that, help someone in an awful situation, feels really good.”

Culp and her family are staying with her aunt until she can find stable housing. She has recovered her car keys and some belongings from the burned apartment.