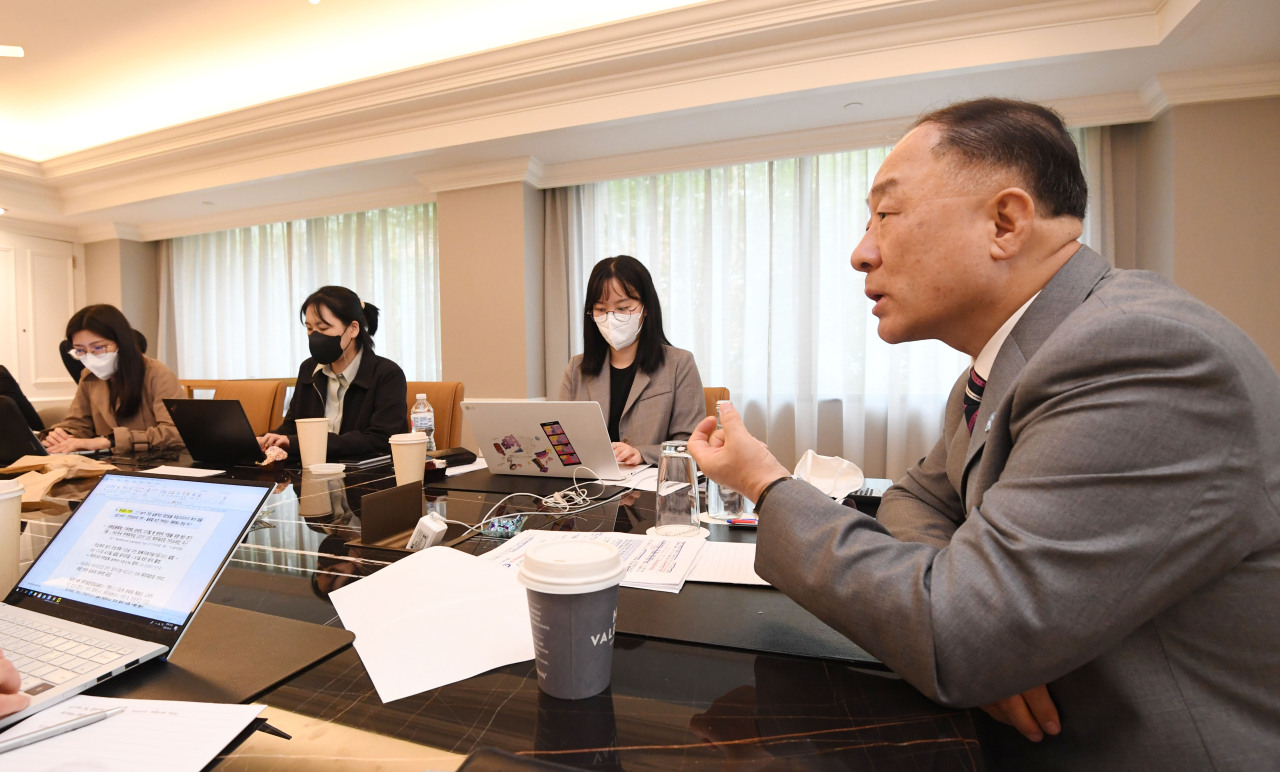 Hong said Friday (Korean time) that the government had failed to tame housing prices during the early part of his term since December 2018, when he took office, despite a variety of policy attempts.

“(Later), I was encouraged by the situation that home prices were going down beginning last year. But now I’m deeply worried about the current situation as a bounce back in trading prices has been seen recently,” he told reporters.

“It would had been better if the incumbent administration had passed a stabilized real estate market to a certain extent to the next administration,” he said.

His term is scheduled to expire on May 9, alongside the coming end of the Moon Jae-in administration.

Despite a series of government measures, trading prices of apartments in Seoul’s pricey Gangnam-gu and Seocho-gu have continued to spiral over the past few years.

This outstrips a 11.1 percent increase in the average trading price of 25 administrative wards in the capital over the corresponding period — from 36.16 million won to 40.19 million won.

The finance minister, during his meeting with S&P Global sovereign managing director Roberto Sifon-Arevalo in Washington on the same day, said the Korean government would carry out policy efforts to bolster fiscal soundness.

He said the fiscal deficit and national debt has grown at a fast pace during conducting countermeasures against the pandemic.

The Korean government plans to push for policies to strengthen fiscal health, including the introduction of a rule-based fiscal framework, Hong told his counterpart.

Though the Ministry of Economy and Finance had proposed a bill on fiscal rule, which would limit the national debt to 60 percent of its gross domestic product starting from 2025, the bill is pending at the National Assembly.