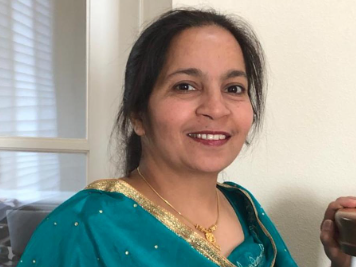 A few days before the winter holiday break in 2020, Paramjit Kaur Masutta was walking her eight-year-old twin daughters home from school when an unoccupied delivery van struck and killed her, according to a statement of claim filed in a B.C. court last month.

The 47-year-old’s husband and daughters are now suing Amazon, the driver, a third-party delivery company that works with Amazon and the company that leased the Ford Transit delivery van, alleging their negligence “caused … or contributed to” Masutta’s death.

“There has to be some responsibility for the employer in those circumstances where the employer is the one ultimately benefiting financially from the activities of the driver,” the plaintiffs’ lawyer Rajeev Patro told The Logic. The allegations in the lawsuit have not been proven in court and none of the defendants has filed a statement of defence.

While Patro isn’t aware of any other such cases against Amazon or its drivers in Canada, the B.C. lawsuit comes in the wake of several others filed in the U.S. after accidents involving Amazon delivery contractors.

In one notable case, 24-year-old Ans Rana sued Amazon in Georgia in June 2021, alleging the company’s algorithms, apps and other devices it uses to manage delivery operations made it liable in a crash that left him paralyzed. Rana’s suit claimed the pressure Amazon’s tracking systems put on drivers not to fall behind on their deliveries can prompt dangerous driving. Amazon argued it wasn’t legally responsible because the driver involved in the accident worked for a small delivery company that Amazon contracted to deliver packages.

The lawsuit over Masutta’s death was filed in the Supreme Court of British Columbia in March on behalf of her husband, Daljit Singh Masutta, and their daughters. It alleges that Amazon and the other defendants knew or should have known that the delivery driver, Jeo Kurian, was “in a state of drowsiness or other state of physical or mental impairment and unable to operate the Ford, properly or at all” and that Kurian was, among other negligent actions, driving “impaired by the use of drugs, alcohol, weariness, medical causes or other causes.”

Kurian was employed either by Amazon Canada Fulfillment Services, by Damy Logistics — a Langley, B.C.-based Amazon delivery service partner (DSP) conducting so-called last-mile deliveries — or both, the lawsuit claims. It alleges the van he drove was owned and leased out by Foss National Leasing, a Canada-wide fleet-management company with a Vancouver office.

According to the statement of claim, on Dec. 15, 2020, Masutta was walking her children home from Goldstone Park Elementary in Surrey, along a typical suburban thoroughfare dotted with housing developments. As they neared home, the suit alleges, Masutta saw a van heading toward them.

Kurian had earlier parked the Ford illegally, facing traffic on that street, the suit alleges, and didn’t shift the van into park, engage its emergency brake or turn its front wheels toward the curb. He stepped out to make a delivery, the suit claims, and the unoccupied van rolled down the hill and struck a car heading southbound. The impact pushed the van into the opposite lane and then onto the sidewalk toward the Masuttas, according to the statement of claim.

Masutta pushed her daughters out of the way before the van hit her, but was dragged under it and “suffered severe injuries,” the claim alleges. Surrey RCMP, Fire Service and BC Ambulance all responded to the collision, but she died at the scene.

In a statement emailed to The Logic, Surrey RCMP said a criminal investigation into the accident “is still ongoing.” It will submit reports to the BC Prosecution Service, which will decide whether to lay charges.

“It’s a heartbreaking case,” said Patro. For Masutta’s daughters, he said, it “was very traumatic.”

Damy and Foss did not respond to requests for comment. The Logic was unable to contact Kurian for comment, and as of this story’s publication he had no listed legal representation.

Alisa Carroll, Amazon’s U.S.-based public relations manager for national media relations and operations, told The Logic last week the company had not formally received the legal complaint. She said she would send a statement, but had not done so by deadline.

Amazon’s DSP program sees it outsource last-mile deliveries across Canada. Its partners typically operate fleets of 20 to 40 delivery vans and manage a staff of 40 to 100 people, working out of a local Amazon delivery station. As the company’s Canadian distribution footprint has grown over the years, increasingly adding smaller delivery stations, the DSP program has also grown. Amazon is currently seeking delivery partners in nine cities across five provinces in Canada, promising relatively modest startup costs, as low as $15,000 thanks to deals it’s secured on products like fleet rentals and uniforms, and earnings up to $175,000.

But the program has been subject to criticism. In the U.S., some DSP owners told Bloomberg they thought Amazon’s delivery expectations were unrealistic — one owner said the company expected his drivers to handle more than 30 packages an hour — and spoke of tough working conditions that have led some drivers to quit on their first day.

At Damy Logistics, delivery drivers often work four to five days a week on nine- to 10-hour shifts, earning $19.55 hourly with the potential for performance incentives.

In Ontario, a group of contracted delivery drivers and the United Food and Commercial Workers union have for years been engaged in a legal fight with Amazon over a unionization bid. Earlier this month, The Logic reported on newly public documents showing how meticulously Amazon tracks those drivers. It knows how they spend every working minute, keeping track of how many packages they deliver each shift and how long they rest while on the clock. Amazon rates each DSP’s performance based in part on those metrics.

With Masutta’s death, her husband and daughters not only lost her “guidance and companionship,” but have also suffered financial losses, according to the claim. Patro said Daljit couldn’t work for some time after the accident. With the loss of his wife, who was at the time a stay-at-home mom, he has had to take on more child-care duties and work less as a heavy-duty mechanic. “Mechanics earn a good wage. They earn an even better wage doing overtime,” said Patro. “And that’s been taken away from him.”

The accident left Daljit “as the sole earner and little family in Canada to help support,” read a GoFundMe fundraiser set up a few days after the accident that raised more than $100,000.

The lawsuit seeks unspecified damages for the emotional and financial losses, including legal costs. Patro said he thinks the lawsuit may be settled rather than be determined by the courts, as happens with most of his cases.

“Amazon prides itself on being a socially responsible and compassionate company,” he said, noting its support for many environmental and other causes. He said he hopes “they will take a similar view in this case and settle the case fairly.”