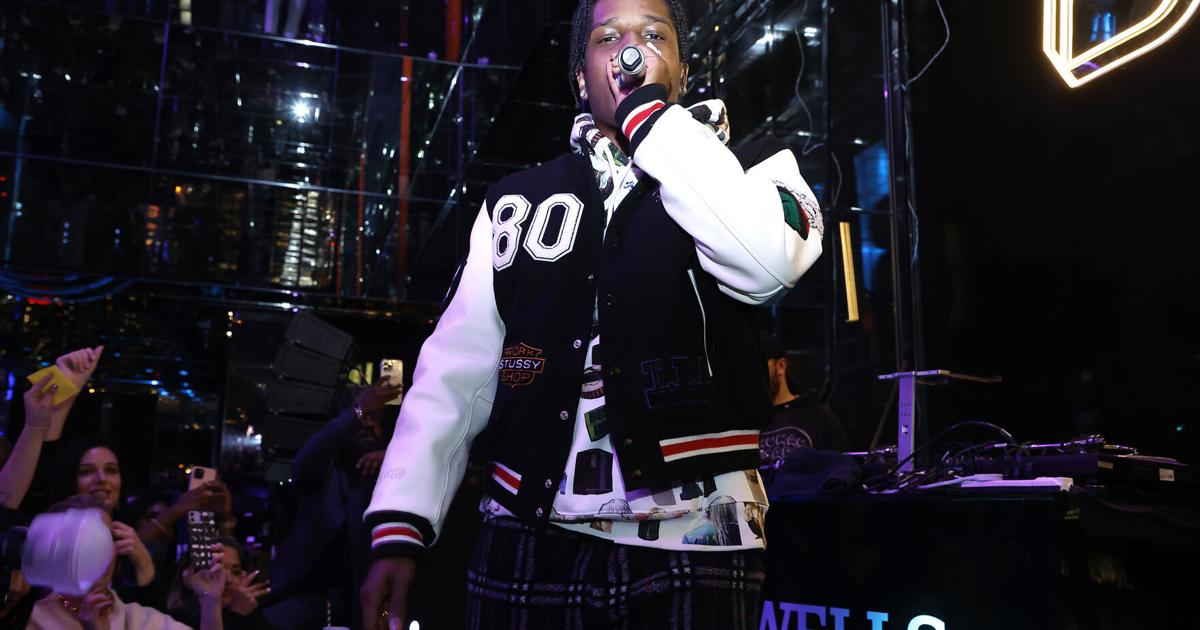 LOS ANGELES — After stepping off a private plane at Los Angeles International Airport, rapper ASAP Rocky was arrested Wednesday morning on suspicion of assault with a deadly weapon in connection with a November incident in which Los Angeles police say he shot at a person in Hollywood.

The musician arrived at LAX on his way back from Barbados, where he was vacationing with singer Rihanna, his girlfriend who is pregnant with the couple’s first child.

Rocky, whose real name is Rakim Mayers, was taken into custody by LAPD’s Robbery Homicide Division and booked on suspicion of assault, according to LAPD Capt. Jonathan Tippet. Bail was set at $550,000.

Following the arrest, Los Angeles police detectives searched a home belonging to the rapper seeking evidence in connection with the case. According to law enforcement sources, detectives have had the artist under surveillance for some time and tracked his return from Barbados.

The assault allegations stem from a Nov. 6, 2021, incident in which an argument between two acquaintances occurred near Selma and Argyle avenues in the Hollywood area around 10:15 p.m. The argument escalated and resulted in one person firing a handgun at the other, according to law enforcement. The victim sustained a minor injury and later sought medical treatment.

Following the shooting, the suspect, who was identified as Mayers, and two other males fled the area on foot, police said.

Mayers, 33, was previously convicted of assault in Sweden when he was there for a festival performance in the summer of 2019. He and two members of his entourage were accused of aggravated assault.

In August 2019, he was convicted during a trial in which a judge heard evidence about a street brawl in Stockholm in late June in which the rapper was accused of stomping on a man after throwing him to the ground.

Mayers testified and maintained that he was acting in self-defense. A judge determined the incident was not worthy of prison time.

Representatives for the rapper did not immediately respond Wednesday to the Times’ request for comment.

Law enforcement sources told the Times that Mayers invoked his right to legal counsel after detectives attempted to question him about the shooting. Alan Jackson, Mayers’ attorney, did not reply to requests for comment.