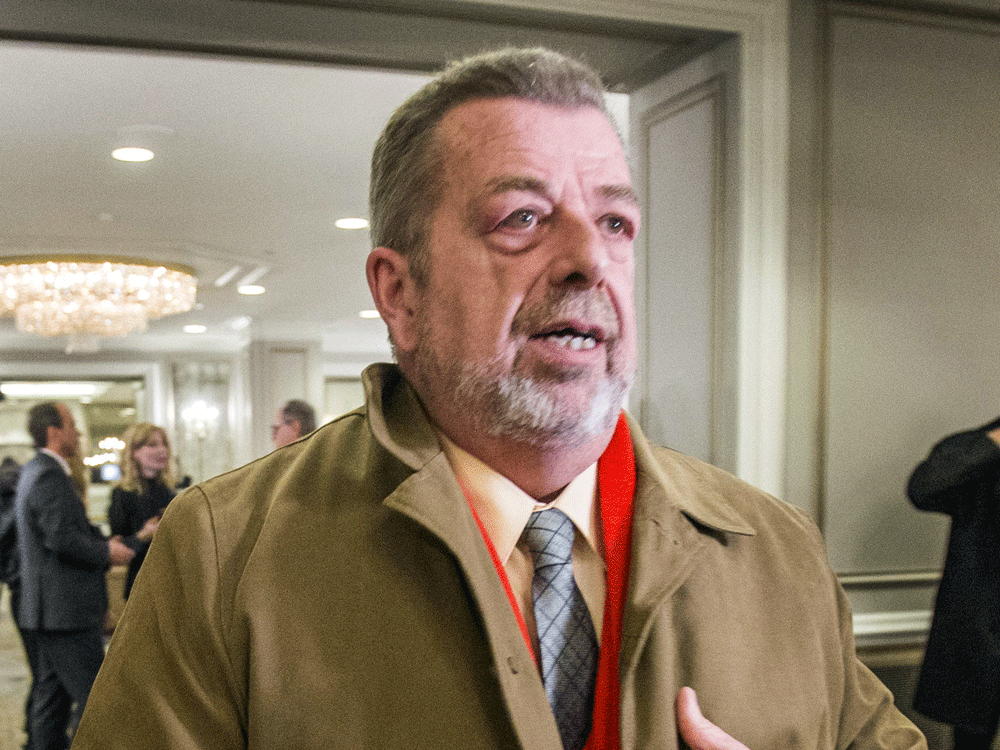 OTTAWA – The Canadian Teachers Federation says it is “frankly unacceptable” that teachers are stuck waiting weeks for their tax returns to be processed because a bill containing a new school supply tax credit is stuck in Parliament.

“It is incredibly disappointing and quite frankly unacceptable how teachers and education workers have been left in limbo,” CTF President Sam Hammond said in a statement to National Post Thursday.

“For more than two years they have worked tirelessly under extreme circumstances to keep public education afloat. They are exhausted, burnt out, and frustrated, and this tax credit error only adds insult to injury. They deserve far better than this,” he added.

Thursday, National Post reported that educators across the country were stuck waiting for the government to get a bill containing an increased school supply tax credit (from 15 per cent to 25 per cent of eligible purchases) through Parliament so the Canada Revenue Agency (CRA) can process their 2021 tax return.

Farmers in Ontario, Manitoba, Saskatchewan and Alberta who claimed a new tax credit that compensates them for the additional cost on natural gas and propane generated via the Liberals’ federal carbon pricing policy are equally in the same boat.

That’s because both tax credits, the Eligible Educator School Supply Tax Credit and the new Return of Fuel Charged Proceeds to Farmers Tax Credit, are both contained in bill C-8, which has been stuck in limbo in the House of Commons since December.

There is still no timeline as to when that bill could pass through Parliament and receive Royal Assent, allowing CRA to process any teachers’ tax filings currently on hold.

But the political stalemate has prevented CRA from processing the tax filings (and sending a refund if applicable) of roughly 70,000 teachers and farmers as of April 18, according to numbers provided by the agency on Thursday.

Joseph Devaney, director at accounting information website Video Tax News, says the issue with politicians playing politics with tax bills is that it has far-reaching impacts (like in this case for teachers) that they don’t often consider.

“One thing that has become very clear to me is that this isn’t a ‘Liberal’ or ‘Conservative’ problem.  This is a ‘politicians’ problem,” said Devaney. “The MPs are like teenagers that have found a machine gun to play with.  Sure, it may hit its target, but it will hit a lot more too.

“The tax system and supporting legislation are extremely complicated, consisting of a ton of Band-Aids piled up on top of each other. This means that the chances of unintended consequences and inability to comply with each tweak or change to the system is significantly magnified,” he added.

In a memo to members, the CTF said CRA told it that if C-8 does not become law by the end of the current Parliamentary session ending in June, the tax credit will instead be processed at its previous rate of 15 per cent. But that also means claimants will only finally receive their full tax assessment (and refund if applicable) this summer.

Teachers who did not claim the school supply tax credit are not impacted by this issue and CRA will assess their tax returns within regular delays.

After publication, multiple teachers reached out to National Post, mostly anonymously, to complain that they had never been warned by their tax preparer or a tax preparation software company about the potential delays.

For Hammond and multiple teachers, the issue also extends well beyond just the amount of the tax credit not coming in, but the fact that all applicants’ entire tax refund is now on hold while parliamentarians still debate C-8.

“Not only are teachers and education workers expecting the tax credit, but many are also waiting for desperately needed tax refunds,” he said.

Many teachers also said that had they know about the issues with bill C-8 and the school supply credit, they never would have applied for it in the first place.

“The tax deduction amount this credit offered was so negligible, I never would have bothered claiming it if I had any warning whatsoever this would be the consequence,” one teacher wrote to National Post.

“I am a teacher and filed on March 1st and still nothing. I called the CRA and spent over 3 hours waiting to speak with someone. After finally getting through, no mention of the bill delay. I wish I never even bothered apply for it, as it such a small amount,” wrote another.