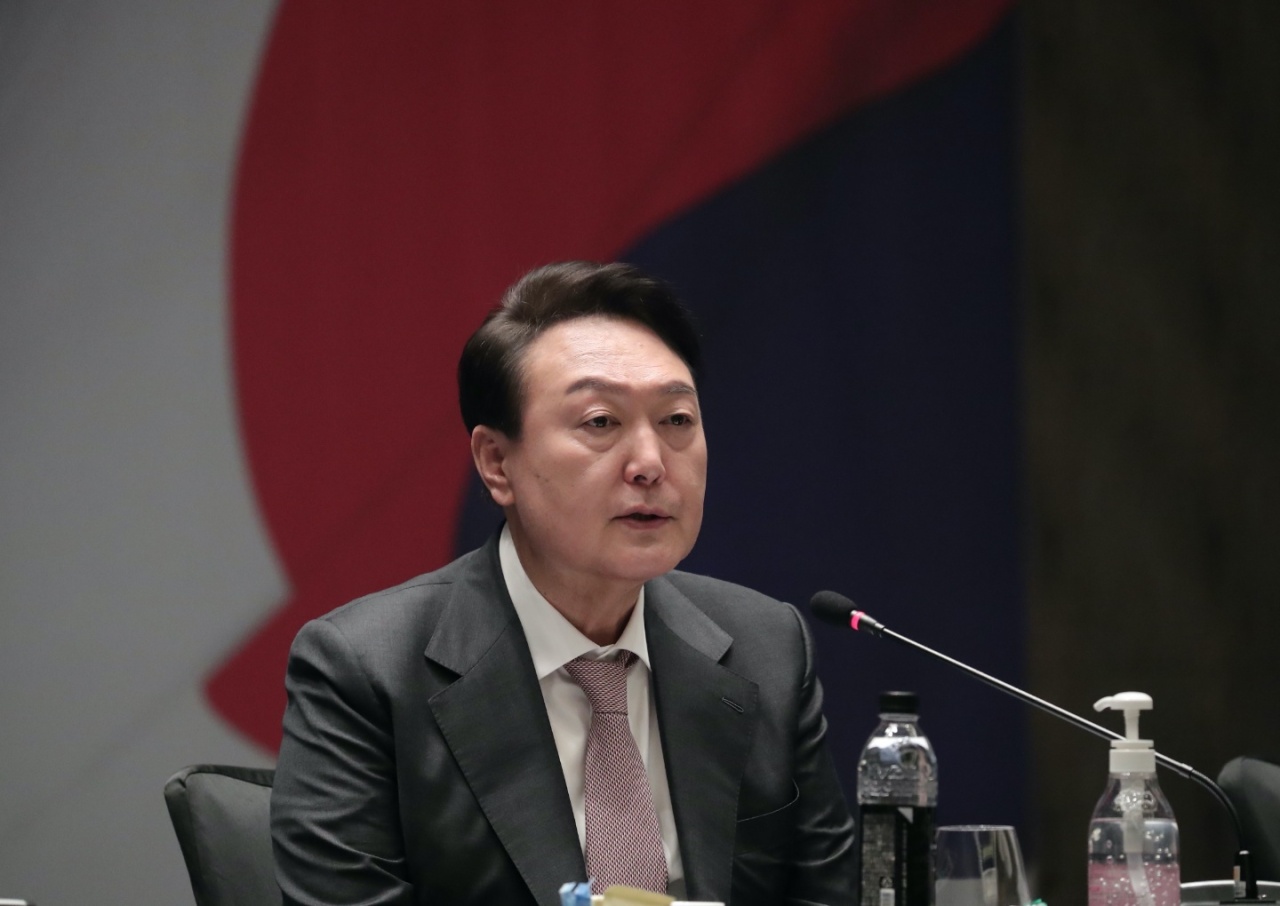 President-elect Yoon Suk-yeol said Monday that he would work to bring a stronger economy to protect South Korea’s national security interests once he takes office on May 10, at a roundtable with academics, industry leaders and former high-level government officials.

“We will lay the groundwork for ‘economic security,’” Yoon said, referring to a strategy to deal with fallout from the unprecedented economic disruptions caused by the COVID-19 and the Ukraine war, at a meeting hosted by the Seoul Forum for International Affairs, a nonprofit policy think tank here.

Song Kyung-jin –-former president of the Institute for Global Economics, another local think tank –- said economic interests are aligned with security interests and that countries around the globe have already begun to roll out a system to protect theirs.

“Supply chains, technology superiority, digitalization and climate change are the key talking points in that system,” Song said, noting that the shifting sands of geopolitics, marked by growing rivalry between the US and China, affect the way countries run the system.

Lee Hong-koo, former prime minister of South Korea, described the geopolitical crisis involving Ukraine as a “nightmare” reminiscent of imperialism in the 19th century. Lee said how the Korean government carries out its global goals will influence the country in years to come.

Kim Won-joon, head of the Graduate School of Innovation and Technology Management at the Korea Advanced Institute of Science and Technology, said Korea should partner with the United States to handle global challenges like supply bottlenecks, and expand it later to include Japan and the European Union.

“The partnership will put South Korea on the map, making it a real presence on the international stage,” Kim said, calling a bold, swift and integrated government would be able to usher in a new Korea less vulnerable to outside change.

The Seoul Forum asked Yoon to set up a presidential task force committed to economic security, a request Yoon said he would review as he prepares to unveil his Cabinet a month later.

“All the suggestions made today were not only timely but meaningful,” Yoon said, adding that he expected the forum to offer him constructive counsel from now on.