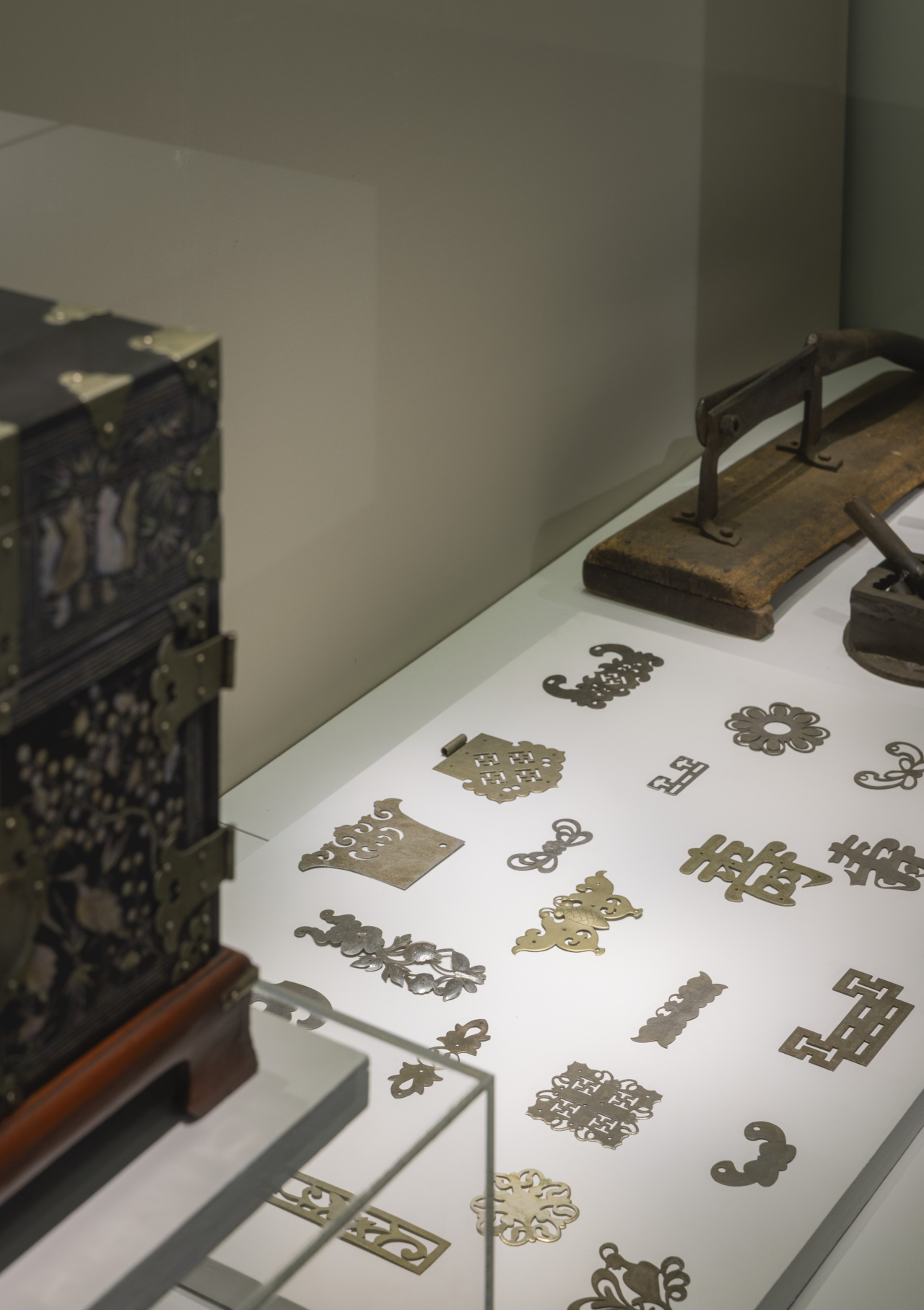 TONGYEONG, South Gyeongsang Province — On the southern coast of South Korea is a cozy and quiet port city called Tongyeong in South Gyeongsang Province. The small port city with a population of 126,000, including some 570 islets, is known as the home to great cultural figures such as composer Yun I-sang, novelist Park Kyong-ni and poet Kim Choon-su.

It is little known, however, that the city has a long history of craftsmanship and was a mecca for producing craftwork during the Joseon era (1392-1910), since the city was designated in 1603 as the navy headquarters for the Chungcheong, Jeolla and Gyeongsang provinces. Korea’s famous admiral and military Gen. Yi Sun-sin was the first inaugural chief of the navy headquarters and called in artisans with cutting-edge techniques to produce military supplies and craftwork. The artisans worked and resided in a collective neighborhood, loosely called “12 Studios.”

The inaugural Tongyeong Triennale that kicked off in March held under the theme of “The Sea, The Seeds,” sheds light on 420 years of history of the coastal city as a mecca of craft art. Running through May 8, the event taking place across the city includes “Hands to Art; Inspired by 12 Studios” at Tongyeong City Museum and “Kim Sungsoo’s Korean Ottchil Art History,” curated by craft curator Cho Hye-young as well as the art exhibition “Take Your Time” curated by international commissioner Daniel Kapelian.

“After the navy headquarters was set up in Tongyeong, artisans gathered in the town to make military supplies that required craftsmanship in wood, metal and leather,” Cho said.

“Tongyeong is particularly famous for ‘najeon,’ which refers to the mother-of-pearl inlaying technique, as the city is located in the coastal area. Craftsmanship is easily affected by the environment of the region as they get resources from nature,” Cho said. “We have only one artisan left who continues najeon. It is a hard and enduring process to become a najeon artisan because it takes some 10 years to master the technique.”

“Artisans are about the history. There are so many contemporary artists today whose works are based on traditional craftsmanship, producing works using materials with hands. We have a lot of potential and value in our craftsmanship,” she said.

Before showcasing the exhibition in Tongyeong, Cho unveiled the show in Seoul from Feb. 11 to 28 at the KCDF Gallery in Seoul to raise awareness of the city’s craftsmanship among people outside of the city.

“Many artisans are wishing to showcase their works in Seoul. Although the storytelling is from the region, it is Seoul where the story expands. It seems such a route has been blocked for artisans,” Cho said.

“I would say Tongyeong was like Korea’s Silicon Valley of the time. Military goods were considered as masterworks, and the craftsmanship used to produce military goods naturally expanded to other crafts such as sheaths and mother-of-pearl furniture when the country was at peace. The craftwork produced in Tongyeong was delivered to the royal palace in Seoul,” said Choi Won-seok, director of the Tongyeong Culture Heritage Association.

Ottchil master Kim Sung-woo, whose works are on display during the triennale at Ottchil Art Museum, has been pursuing lacquer craft for 70 years, since 1951, after the breakout of the 1950-1953 Korean War. Widely known as lacquer varnish, ottchil is used in lacquerware crafting, especially for mother-of-pearl crafts. Kim started to devote himself to ottchil to produce furniture, then expanded his ottchil techniques to paintings.

“Najeonchilgi (mother-of-pearl lacquerware) was considered a ‘treasure’ in the Joseon era because sap from a lacquer tree itself was very precious. Many artisans left their careers after the country gained independence from Japanese imperialism in 1945 and after the Korean War in 1953,” Kim said.

Cho Dae-yong, a bamboo blinds artisan who was designated as National Intangible Cultural Heritage No. 114, has continued his work in Tongyeong. He is a fourth-generation “yeomjang,” continuing the work of his father. Yeomjang refers to a master who has a technique to produce blinds with bamboo or silver grass. Such blinds were handmade and used in traditional houses to control sunlight coming in, or to block the view from the outside.

“It took nearly five months to finish these blinds,” Cho said, showing a bamboo blinds at his studio that has a pattern symbolizing wishes for longevity, happiness and peace. A stack of bamboo strips that had been drying in the sun for two months was lying in the room, filling his studio with hints of bamboo.

Cho has three trainees — his son, daughter and son-in-law — who wish to also become yeomjang. Cho said it took nearly 40 years for him to be designated as the cultural heritage and called for administrative efforts to support artisans, particularly to help find and train successors.

“An artisan is someone who succeeds in the lifestyle and wisdom of the ancestors, which are being forgotten by many people. We are the mediators who help the slowly forgotten culture of the country to live on throughout the generations,” Cho said.

The art exhibition “Take Your Time” is shown at the former Shina SB Shipyard, joined by 38 artists from 18 countries. The works, from paintings, media art to digital works created by artificial intelligence, aim to give visitors a respite from life’s daily stressors.

“First of all, people are very stressed and confused. There are a lot of resentment because people are very focused outside. It is very difficult for people to connect with themselves to be quite and to be still,” Kapelian, the international commissioner, said. “The idea of ‘take your time’ is to take a break and take it easy for visitors to the exhibition. I believe in the power of art to make your life more interesting than art.”