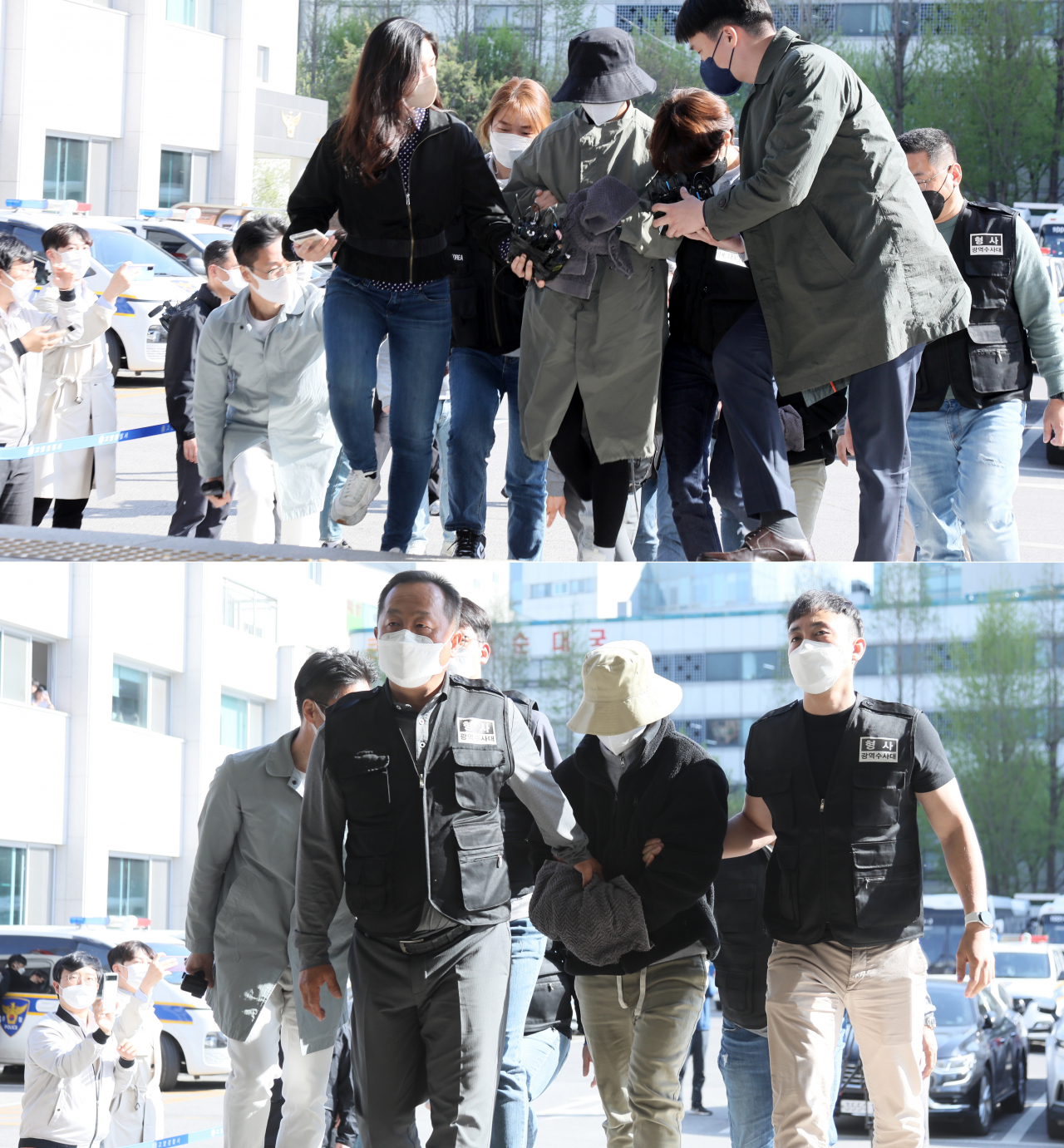 Prosecutors are expected to seek formal arrest warrants as early as Monday for a woman and her boyfriend accused in the drowning death of her husband in 2009 for hefty insurance money, officials said.

Lee Eun-hae, 31, and her extramarital lover, Cho Hyun-soo, 30, were detained Saturday on charges of prodding Lee’s then 39-year-old husband to jump into a valley river in Gapyeong, 60 kilometers east of Seoul, even though he’s unable to swim, and letting him drown.

Investigators suspect they committed the crime for 800 million won ($650,000) in insurance money.

Lee and Cho were also accused of attempting to kill the husband that year by food poisoning with pufferfish toxin in February and trying to drown him at a fishing place in May, according to officials.

Prosecutors at the Incheon District Prosecutors Office said they would apply for court warrants to formally arrest the two suspects for further questioning.

The two had been on the run since going into hiding in December ahead of prosecution questioning. In late March, police put them on their wanted listed and made their identities and photos public.

Law enforcement authorities are required to secure an arrest warrant to further detain a suspect, 48 hours after the suspect’s initial arrest, or release of the suspect.

Prosecutors are conducting a forensic analysis on a mobile phone found at their hiding place and trying to verify if there has been anyone who provided help while the two were on the run. (Yonhap)