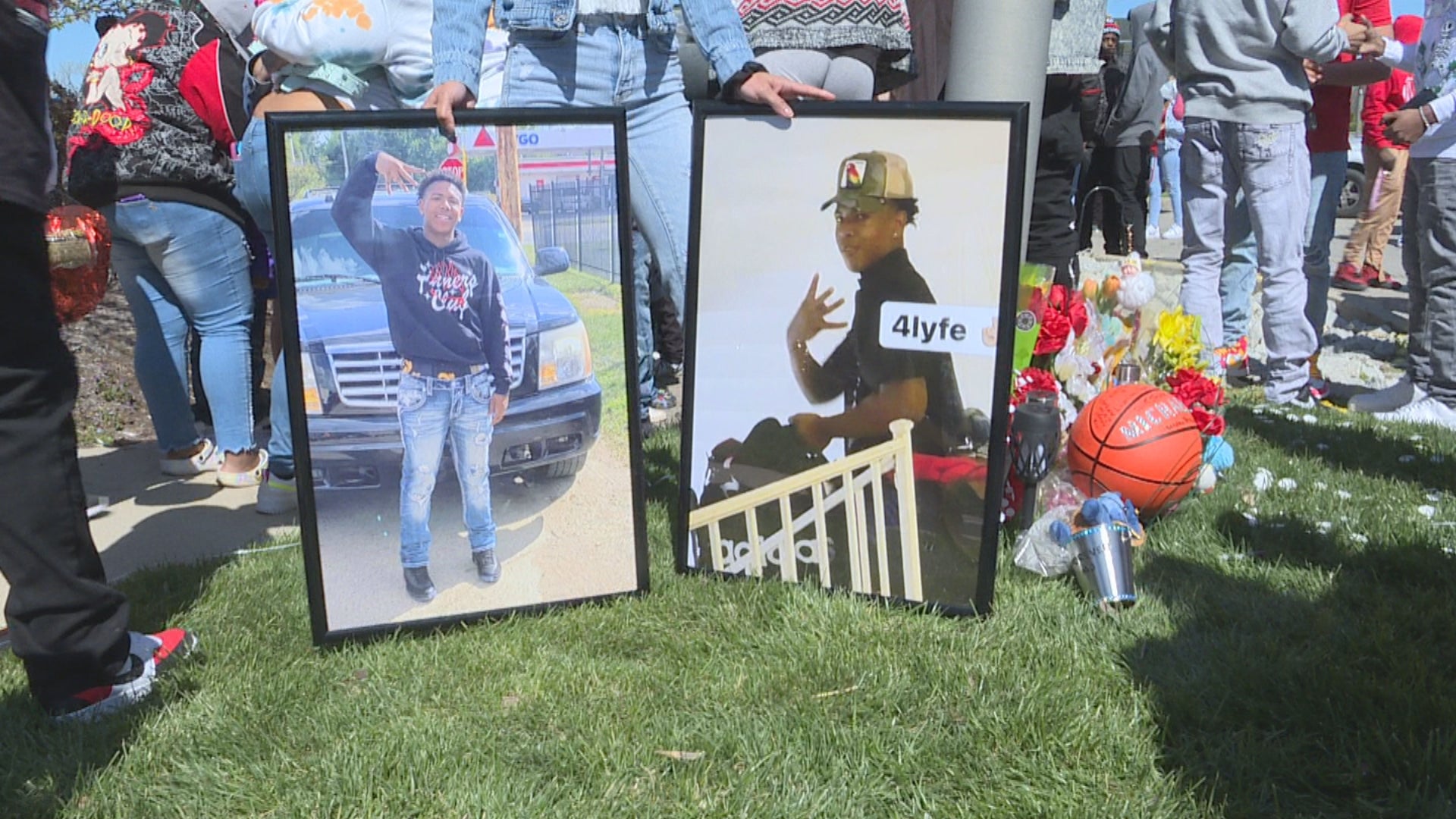 INDIANAPOLIS (WISH) — A week after 16-year-old Michael Duerson was shot and killed, investigators are still looking for the person or persons’ responsible for his murder.

“He was handsome, definitely a ladies man, he was a good kid, definitely talented,” Duerson’s mother, Antionette Lanier, said.

On April 10, Indianapolis Metropolitan Police investigators say Duerson was shot in an apartment complex parking lot at the corner of 30th Street and Lesley Avenue. He later died at the hospital.

“There’s definitely somebody out here who knows. He definitely was in the car with somebody, I know that,” Lanier said.

Duerson leaves behind a sister on his mother’s side of the family, and several other siblings on his father’s side, along with dozens of friends and family members who came out to mourn him at a balloon release Saturday.

“I love that his friends and family came but that’s not going to bring my son back,” Lanier said.

Duerson’s murder occured on what turned out to be a deadly weekend around Indianapolis. His family wants to make sure their case doesn’t slip through the cracks.

“This is one of the reasons why we wanted to have a prayer vigil and balloon release, because we wanted to breathe life back into this, we don’t want this to blow away in the wind,” Duerson’s grandfather, Antonio Lanier, said.

Duerson’s family is asking that anyone who has information about the crime, not submit the tips on social media, but instead contact the Indianapolis Metropolitan Police Department.