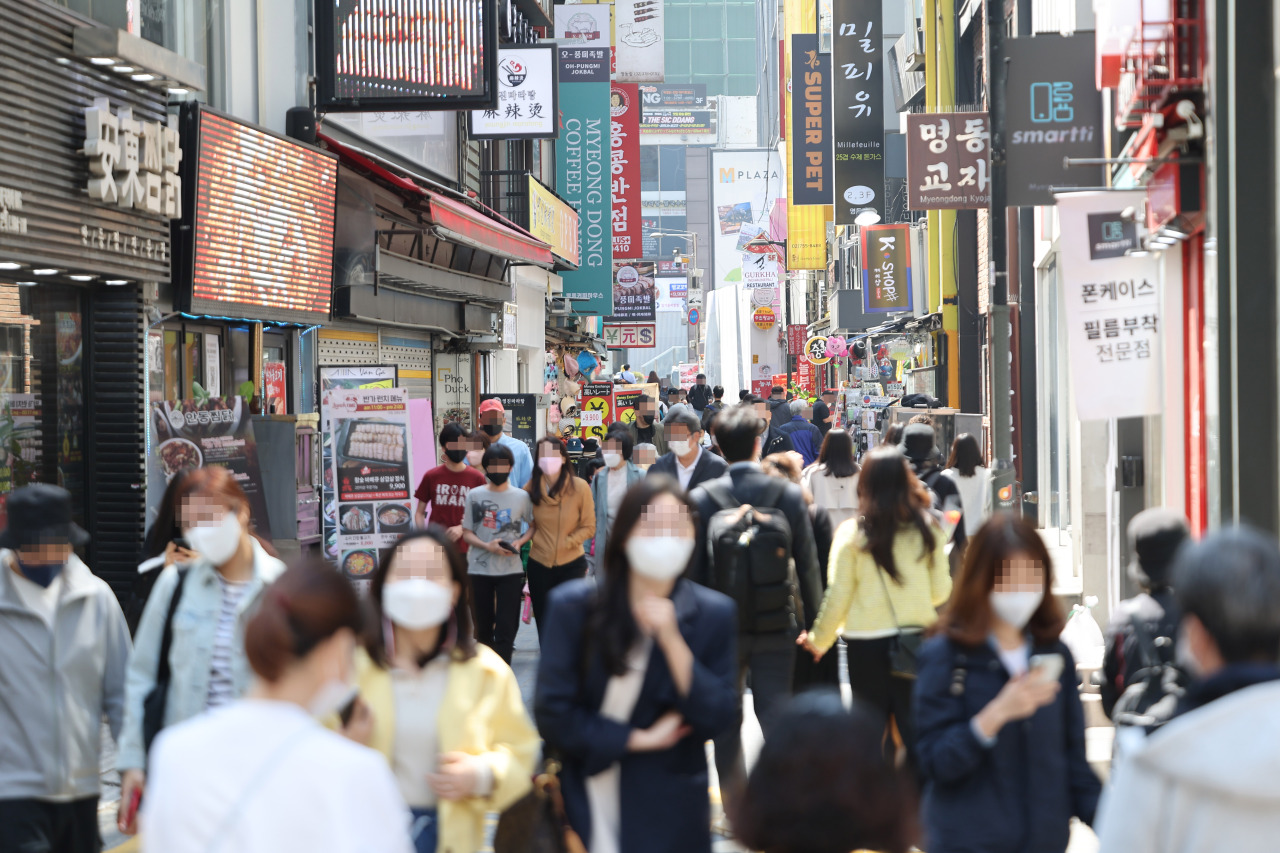 After more than two years since the COVID-19 pandemic hit all parts of the world, Korea is set to step into a new era, lifting major social distancing rules except for the mask mandate.

Though the omicron wave is yet to be fully resolved here, the government has decided to lift pandemic-related rules, concluding that the virus peak has passed.

On Friday, the disease control authorities presented a new virus response road map, lifting the preexisting social distancing rules such as the limit on private gatherings and curfew on business establishments.

However, the mask mandate for both indoors and outdoors will be maintained. The authorities will discuss the mandate rule in two weeks, seeing how Korea adapts to the new system.

Jung Eun-kyeong, the director of the Korea Disease Control and Prevention, stressed that the post-omicron variant era is a “new beginning.” “This transition is more than a simple downgrading of the COVID-19 infectious disease level or an easing of the infectious disease control and prevention protocols. This is a new beginning and a very difficult challenge to return to our lives and to normalize the medical system,” Jung said at a briefing held Friday.

The authorities will downgrade the COVID-19 infectious disease level by one notch to Class 2 from Class 1 in the four-tier system on April 25. From then, tentatively four weeks will be designated as a “transition period,” in an aim to have the community safely settle into the new system.

During the transition period, the current protocol, including the seven-day isolation rule for confirmed patients and at-home care measure for patients with underlying conditions, will be maintained.

From May 23 at the earliest, patients who contract COVID-19 will not have to isolate themselves for seven days. They will be treated under the general medical system. As the government will not require isolation for patients, state relief funds will be ended.

Though Korea has claimed to move into a new era of the virus-plagued times, the country is still fighting the pandemic, seeing around 100,000 confirmed cases along with some 200 deaths per day.

The authorities said social distancing rules and related measures such as the “test, trace, treat” measures and limits on gatherings and businesses could be reintroduced in the case of a new variant or a surge in the number of infections.

The social distancing scheme comes to a halt after a near two-year run. Though Korea has strengthened and weakened its distancing rules depending on the state of the virus wave from time to time, it has not lifted restrictions entirely.

Korea took a big step in November by presenting its “with COVID” scheme, including the normalization of gatherings and business hours, but it had to withdraw the plans in just a month due to a spike in the number of confirmed cases.

Meanwhile, schools are also gearing up to adjust to the new times.

From Monday, kindergarteners, elementary, middle and high school students are to be advised to test themselves once a week using self-testing kits, taking a step down from the previous twice-a-week routine.

While the Ministry of Education’s decision to exclude confirmed students from midterm exams has drawn backlash, it is expected the ministry will lift the ban for the end-of-term exams in June and July.

The ministry had announced previously it would set its rules in accordance with that of the disease control authorities, only allowing confirmed students to take the exams if they are not required to isolate.

As the authorities are to lift the isolation rule on confirmed patients by the end of May, it is expected that students who contract the disease will be able to attend school to take the exams in-person.

Also, schools are expected to resume all educational activities soon, such as “normalcy attendance,” field trips and excursions.

The Education Ministry is set to officially announce the post-omicron measures for schools on Wednesday.