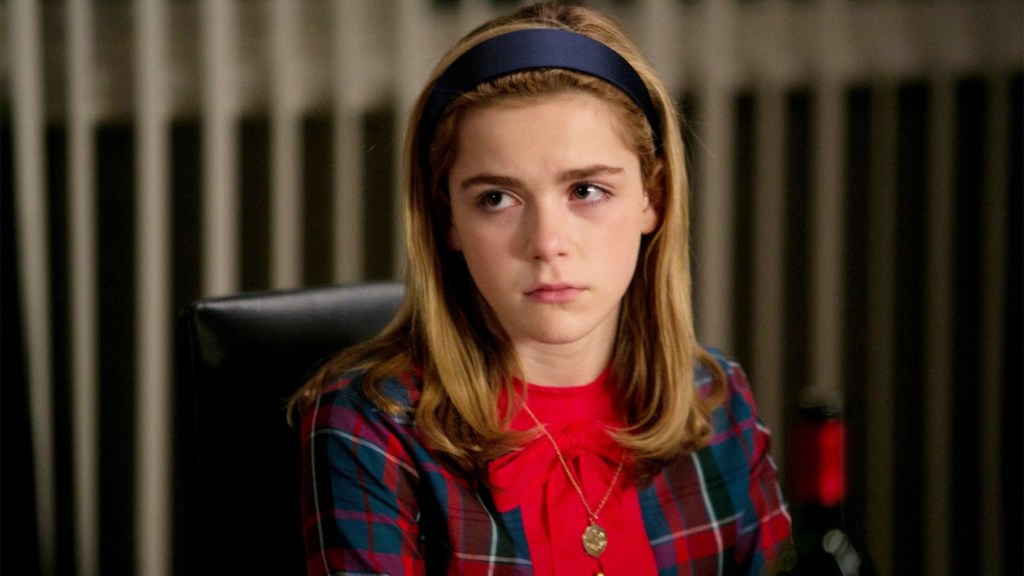 Kiernan Shipka is ready to see what Sally Draper might be up to these days, nearly 15 years after she originated the character on AMC’s beloved series Mad Men.

The Swimming With Sharks actress, 22, told Entertainment Tonight that she would be open to revisiting the role at some point to explore a grown-up version of Sally, whose parents are Don Draper (Jon Hamm) and Betty Draper (January Jones). Mad Men, created by Matthew Weiner, premiered on July 19, 2007, and went on to win the Emmy Award as outstanding drama series for four straight years.

Although she didn’t specify whether she had recently discussed the possibility with anyone else from the show, the Chilling Adventures of Sabrina alum made it clear that she remains close with her TV dad. “I always love seeing him,” Shipka said of Hamm. “I’ve run into him so much lately.” She continued about their run-ins, “We speak like adults now. It’s great.”

Back in 2015, Lionsgate TV COO Sandra Stern told The Hollywood Reporter that there had been talk of possibly developing a spinoff set in the present day. “Given the fact that [Mad Men] ends nearly 50 years ago, most of the characters would be dead,” Stern said at the time. “Sally was the one character young enough that you could see her 30 or 40 years later.”

The exec, who pointed out that a possible spinoff for Peggy Olson (Elisabeth Moss) had also been discussed, added, “Matt wasn’t comfortable committing to a spinoff.”

Later in 2015, Hamm told Entertainment Weekly that he could envision a spinoff in which Sally comes of age. “I’d watch that show,” he said. “Sally Through the Decades.”