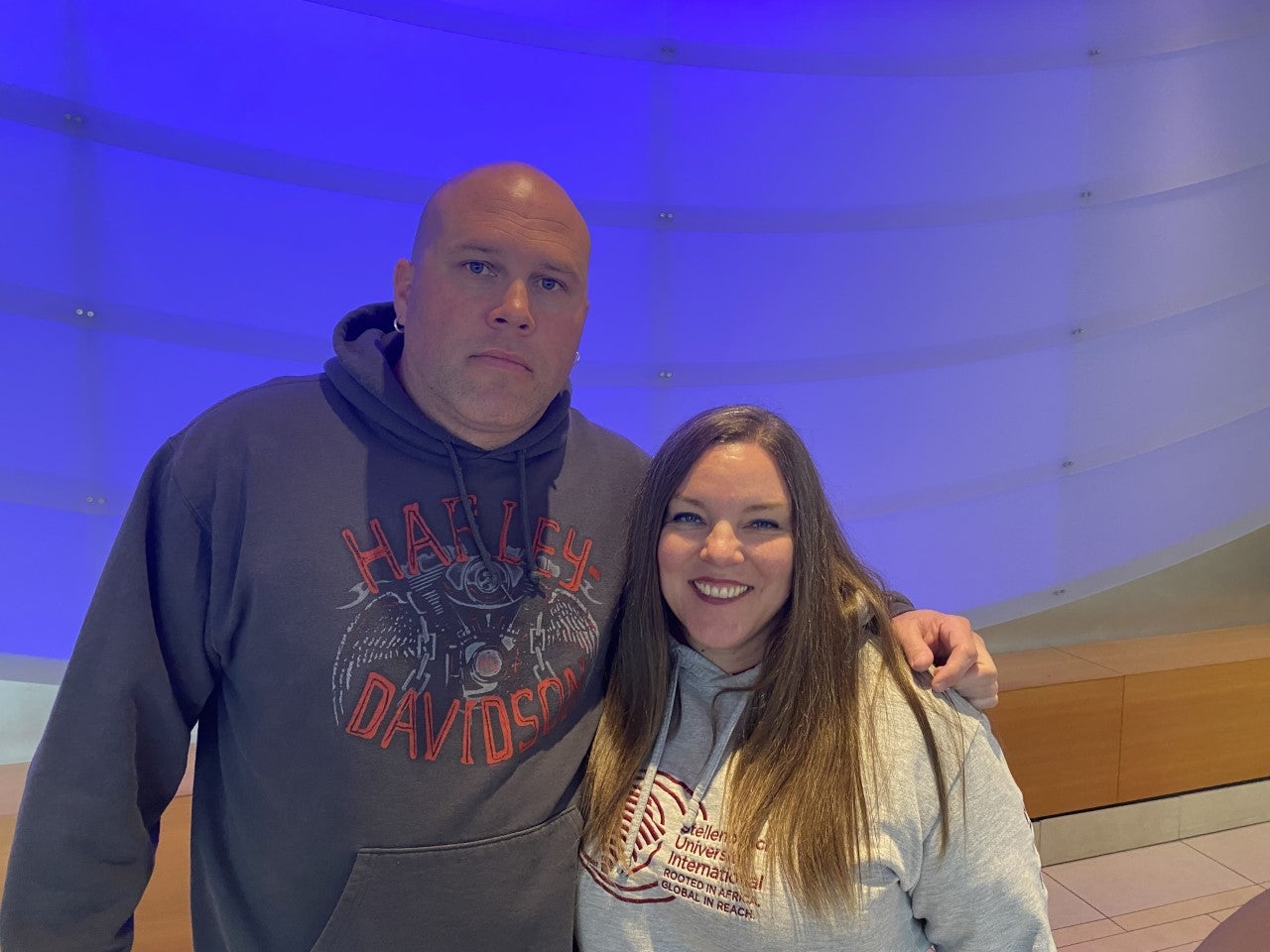 INDIANAPOLIS (WISH)– When News 8’s Randall Newsome first introduced you to Greg Vinson, he was in the middle of a bout with colon cancer and preparing to start radiation treatment.

He remembered a doctor believing he was too young for colon cancer to even be a possibility.

“His words to me were, ‘We’ll do the colonoscopy, but I’m confident that I’ll be able to send you home and tell you that you have nothing to worry about and I’ll see you back in 10 years’,” Vinson recalled. “To be honest, the day before my colonoscopy, I almost cancelled it.”

When he was diagnosed at stage three, but after battling for months, he became cancer free. While Vinson was relieved to return to normal life, he had a newfound desire for raising awareness about this cancer; especially to firefighters.

“Being a firefighter, you know sometimes we think we’re 10 feet tall and bulletproof, but I’ve learned that anything can happen to anyone,” Vinson said. “I don’t think you’re too young for anything. You have to know your body and if something’s not right, get it checked.

Anuszewski, who was a firefighter in Howard County, Maryland, found out about his diagnosis three years after he was struggling with some abdominal problems in 2014. He went through radiation, chemotherapy, and multiple surgeries before becoming cancer free.

Meanwhile, Janet DeArk, has to speak on behalf of her husband Bruce after cancer took his life at 53 years-old. Bruce was a former deputy chief of the Jeffersonville Fire Department in Indiana. She said it started when he was feeling flu-like symptoms, some stomach pain, and was rapidly losing weight. Bruce went to a nearby clinic to get checked out and that’s when a nurse recommended that he get a scan.

“[They] basically told him that she felt a softball-sized something in his abdomen,” Janet said. Bruce had stage four colon cancer. “It eventually metastasized to his sacrum, his liver, it was obviously in his lymph nodes, and eventually the spine and the brain.”

Bruce fought for four years. During that time, he became an advocate and helped put a spotlight on colorectal cancer awareness with firefighters.

After Bruce died, Janet continued to share his story and use it to inspire people like Joe Eduardo who she was able to connect with only weeks after his diagnosis.

Eduardo, who served as a lieutenant with the New York Fire Department for 12 years, found out that even his healthy habits weren’t even enough to keep cancer from knocking on his door.

One thing that kept coming up in these conversations was that each person found out about the cancer, doctors said it had already been attacking their bodies for years.

“It sounds like you have three people here that have no family history that have had this cancer,” Anuszewski said. “That should speak volumes to our medical professionals that 45 [years-old] is not enough.”

Dr. Steven Moffatt, Chief Scientific Officer at Ascension St. Vincent Hospital, has been one of the leaders in bringing more attention to new developments in the links between colon cancer and firefighters.

“Cancer is now, over cardiac disease, cancer is a greater cause of death and disability than heart disease at this point,” Dr. Moffatt said. “It used to be heart disease. Now it’s cancer. There’s been a lot of research and data that shows that the incidents of cancer in firefighters is greater than the U.S. population.”

Dr. Moffatt says information has led them to believe that the toxins and carcinogens that firefighters are encountering on the regular have been some of the main causes behind many of these first responders falling victim to this disease over the years. He also said many departments across the country are starting to look into better ways to protect their people. There could be a range of solutions on the table from screening firefighters earlier to improving their gear.

Watch the video to hear from Andrea Bauer, the survivor who connected News 8 to all of these stories. She joined All Indiana in the studio to talk about where the battle for colon cancer awareness should go from here. You can also find more information about the Colorectal Cancer Alliance here.