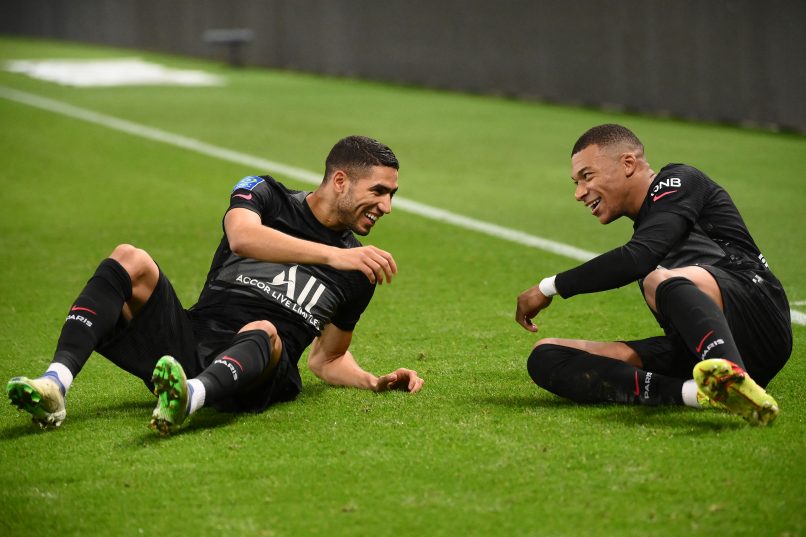 Ahead of this evening’s fixture between Marseille and Paris Saint-Germain at the Parc des Princes, star right-back Achraf Hakimi (23) spoke in Spanish to Téléfoot about his close relationship with Kylian Mbappé, who is also 23 years old.

Having been shown a video from Mbappé encouraging the Madrid-born right-back to speak French during the interview, Hakimi explained, in French, that “I’ve spoken a bit of French with Kylian. He has helped me a lot. I’m now starting to speak better French.”

How did this relationship become so strong?

“It was spontaneous from the day I got here. When you meet someone like him, the same age as you, the same personality, the same character, we’re just two lads and everything is fluid, natural.”

And on the pitch?

“What do I say? It’s easy to play with a player like him. To give him the ball, knowing that he will make the difference. That he can score one, two or three goals, he decides the fate of the game, as he has done this season. It’s a pleasure to have him by my side. He’s one of the best players in the world and above all, he’s my friend.”

The Moroccan went on to explain how he would like Mbappé to stay at the club, but that ultimately it’s his decision.