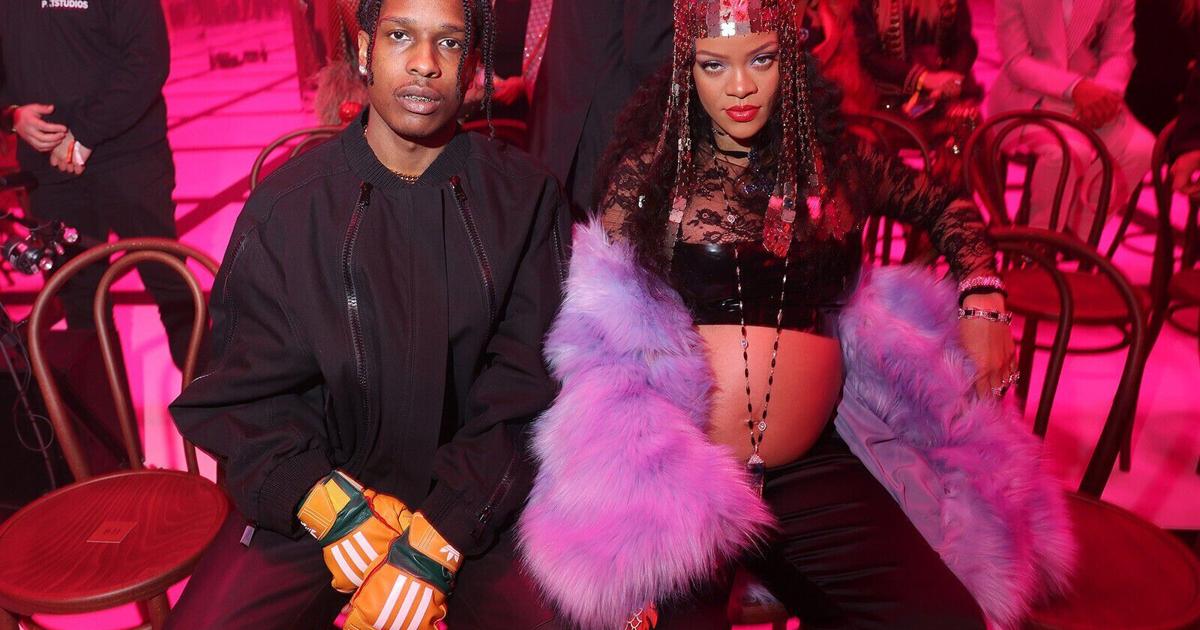 NEW YORK (AP) — Timekeeping isn’t Rihanna’s strong suit, and that goes for the pregnancy she’s been sharing with the world as well.

“Planning? I wouldn’t say planning,” she told Vogue about her upcoming motherhood. “But certainly not planning against it. I don’t know when I ovulate or any of that type of (expletive). We just had fun. And then it was just there on the test.”

Now in her third trimester, the music star, and fashion and beauty mogul hasn’t exactly been hiding under a maternity tent since she and boyfriend A$AP Rocky announced they were expecting in late January via a wintry New York street photo shoot. Since, she’s made the fashion week rounds in Milan and Paris wearing a range of belly-bearing couture.

“My body is doing incredible things right now, and I’m not going to be ashamed of that,” she said. “This time should feel celebratory. Because why should you be hiding your pregnancy?”

The cover interview, out Tuesday, has 34-year-old Rihanna in a lacy red Alaïa bodysuit and long gloves. It’s just one of the numerous rule-breaking designer looks she’s been wearing in celebration of her bump.

So how is she feeling about the next part, where she actually gives birth and scheduling possibly kicks in?

Rihanna wishes all of her closest loved ones could be in the room, but that seems unlikely under COVID-19 rules. She didn’t disclose where she’ll be headed for labor and delivery — or when she’s due for that matter.

“Maybe I’ll just have a party bus parked outside or something,” she said. And what frightens her the most? “Postpartum depression. Will I feel out of control emotionally? Those are the stories I hear from other women that scare me.”

The 50 richest women in America