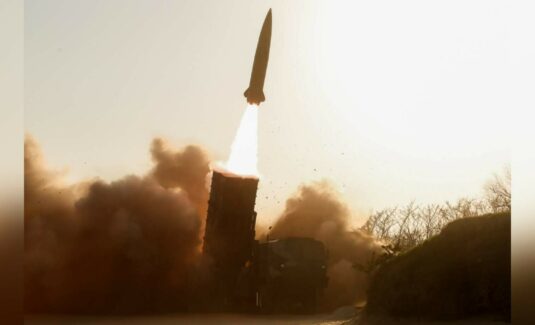 The Rodong Sinmun did not disclose the date of the test and South Korea’s military did not report on a missile test on Saturday, raising questions over when it was launched and whether it was detected outside the DPRK. Images of the missile test suggest it was launched from Kim Jong Un’s private Majon mansion beach on the east coast in the early morning hours.