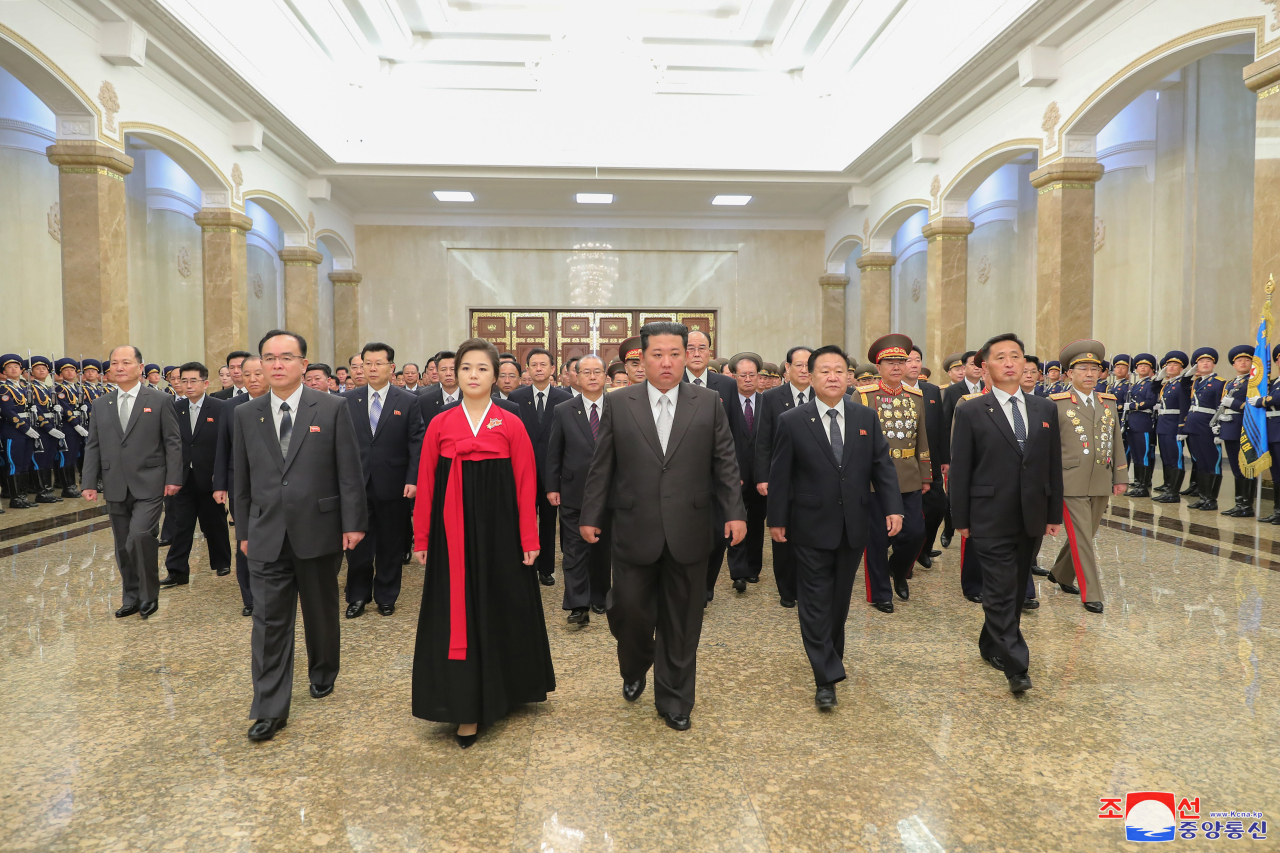 Kim and his wife, Ri Sol-ju, visited the Kumsusan Palace of the Sun on Friday on the occasion of the 110th birth anniversary, according to the Korean Central News Agency (KCNA). The mausoleum is where the bodies of his late grandfather and father lie in state.

He was also accompanied by top aides, including Choe Ryong-hae, chairman of the Standing Committee of the Supreme People’s Assembly, Jo Yong-won, secretary for organizational affairs of the ruling Workers’ Party’s Central Committee, and Premier Kim Tok-hun, according to the KCNA.

The birth anniversary, referred to in the North as the Day of the Sun, is the country’s biggest national holiday marked by large-scale cultural and sports events.

On the previous day, North Korea held celebrations to mark the anniversary with fireworks and a mass dance performance in its capital, footage from state media showed. The reclusive regime, however, did not stage a military parade. (Yonhap)