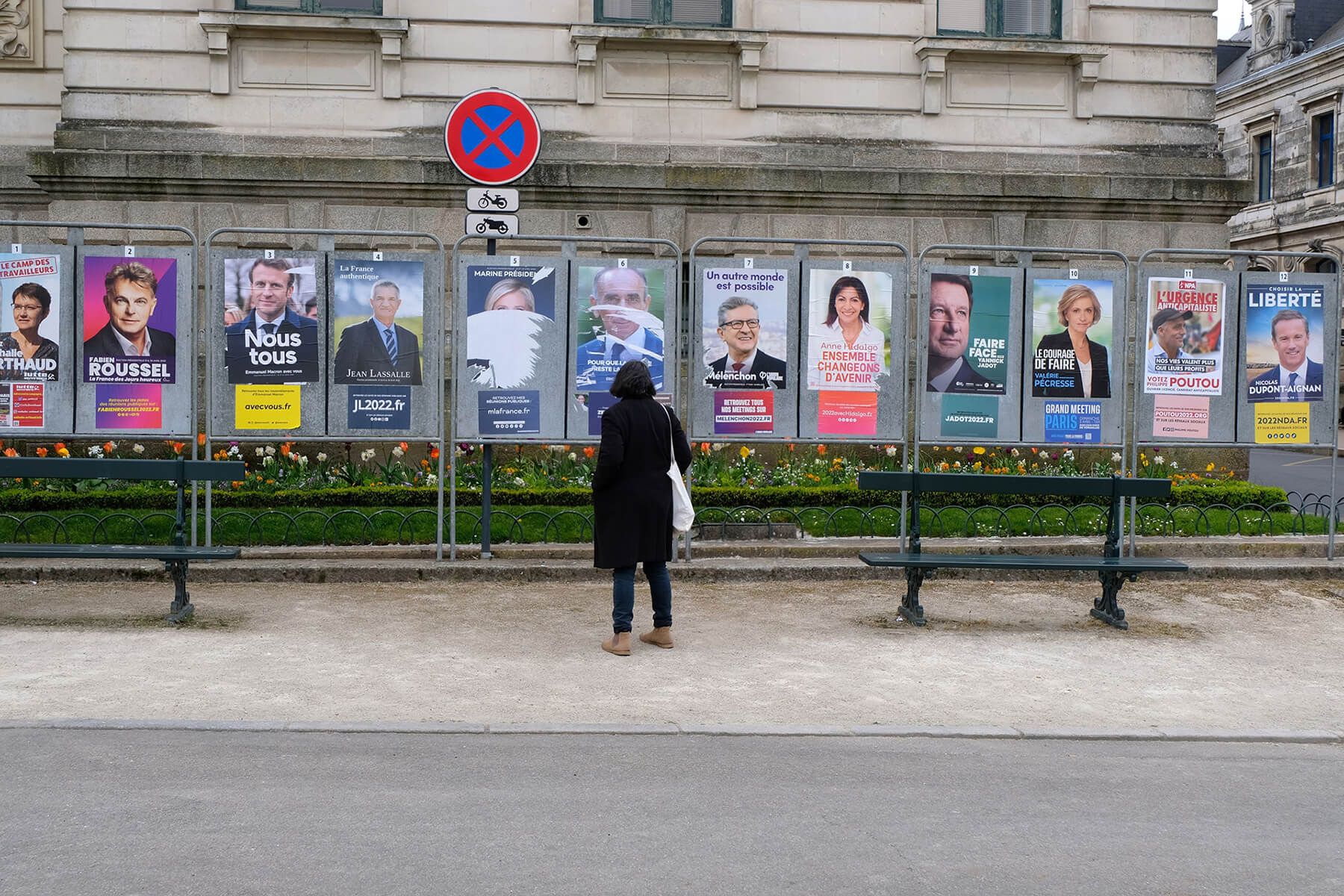 FO° Insights is a new feature where our contributors make sense of issues in the news.

Even as a Ukrainian missile strike has sunk a Russian warship, events in France are arguably even more important. The first round of the Presidential elections have thrown up the same two candidates for the final round as last time. On one side is “Le Président des riches” Emmanuel Macron and on the other is Marine Le Pen, the far-right leader who risen in popularity in France

In this episode, we have the former chief editor of Agence-France Presse explain what is going on in France. You can read what she has to say below.

This is the first time in French political history that the extreme right is so close to the winner of the first round.

Why is Marine Le Pen so popular?

She really focused on a program for social matters, on social questions, on the cost of living and this is the main worry of the French people right now.

After the war in Ukraine, the price of energy has risen considerably. There is a stronger inflation and it is now one of the main topics for the French people. So she managed to put aside all the more extreme side of her program on immigration, of changing the institutions, and her resistance to the EU, and she really focused on the daily life of the people with small incomes, on their difficulties and has insisted that Emmanuel Macron was a kind of an elitist who was far away from those daily worries of the French people.

And that’s how she managed to somehow detoxify her brand, because for years she has been associated, of course, with extreme views and immigration. A few years ago, she was still against the EU, she wanted to withdraw from the EU.

She is still very much a euroskeptic, but she gave up this project. She also gave up the fact that she wants to get out of the euro and she styled herself as a kind of innocuous housewife, a cat lover who raised her children on her own. She has presented herself as someone running an ordinary life and being close to ordinary people. And it really worked pretty well when you see the voting results now.

After Trump and Brexit, could France be in for a surprise result?

So of course the big question now is whether she can win or not. I mean, all the polls still give Macron as the winner, but we know that polls failed before in predicting the victory of Trump, and the victory of Brexit. So everybody is pretty careful and obviously there is nervousness in the camp of Macron because he’s now campaigning really hard, which he didn’t do before the first round because he was busy with the war in Ukraine.

So obviously there is a chance that she can win, especially because one of the measures proposed by Macron is very unpopular as it is to postpone the retirement age from 62 to 65 and if this election ends up finally being a kind of referendum on this question, then he may lose.

What would a victory for Le Pen mean for France and Europe as a whole?

So for France on the international scene, a victory for Marine Le Pen would really be a disaster. France is one of the main countries trying to make the EU more dynamic, more efficient, which does not interest her. She wants to present France as a sovereign country where French laws would be more important than European laws. Let’s say you can really compare her to Viktor Orbán. She’s the same kind of leader.

And then of course in the EU with one of the main leaders being eurosceptic that would be a disaster. Also, she’s kind of very reluctant towards NATO. And let’s not forget she was an admirer of Vladimir Putin for years. She even needed to borrow from a Russian bank to finance her campaign. So definitely the image of France internationally would be completely downgraded.

This transcript has been lightly edited for clarity.