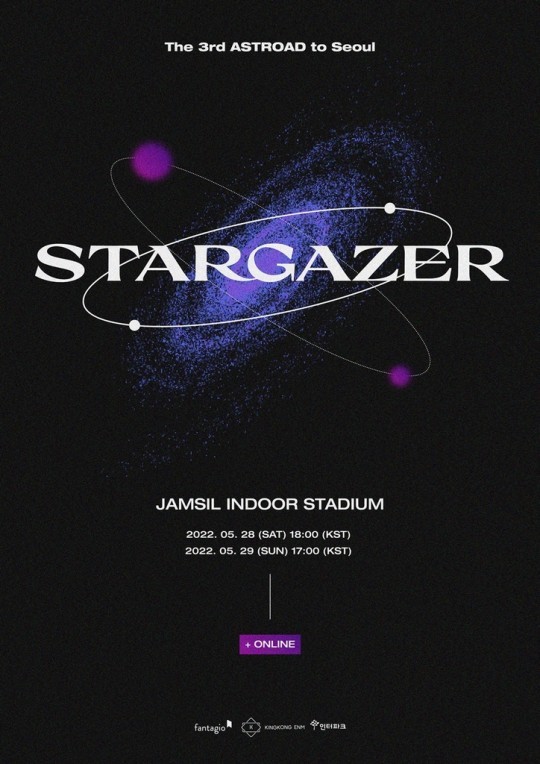 Astro will hold a concert in Seoul on May 28-29, agency Fantagio announced Friday.

It has been almost 3 1/2 years since it hosted a standalone concert and since the bandmates have carried on their careers both as individuals and as a group, they will present a much more mature performances, said the company.

However, MJ will not be able to join the concert, as he will enlist on May 9. He will serve his mandatory military service as a member of the marching band after receiving basic training.

Last week, the band greeted fans at a fan meet event in Seoul to celebrate its sixth anniversary. The event was held in two sessions and the second performance was broadcast live in theaters both at home and abroad.

iKON to perform live in Japan in July

Under the title “iKON Japan Tour 2022,” it will perform live six times in total — first in Kobe, Japan on July 2-3, and then in Tokyo on July 9-10. iKON has enjoyed a loyal following since its debut. Its first album in Japan “Welcome Back” from 2016 topped Oricon’s daily album chart and the band won rookie awards from the Japan Gold Disc Award and the Japan Record Awards in the year.

The six-member act announced Thursday that it would make a comeback on May 3 with new music. On May 21, it will greet fans from around the world via its first ever online fan meeting. The band will also have live shows in Seoul on June 25-26.

It has only been six months since it dropped single “Roller Coaster.” The band will present songs from the EP for its fans one day before the official release at a showcase.

The nine-member boy band debuted in 2020 and celebrated its second anniversary in February with a song dedicated to fans.

The group will begin its first US tour in June, visiting fans in six cities starting in New York. Last month the band launched its original reality show “DKB United.”

Super Junior’s Ryewook to return next month as solo artist

Ryeowook of Super Junior will release his third solo EP on May 3, according to agency Label SJ on Friday.

His last solo release was another EP, “Drunk on Love,” in 2019. The EP topped the iTunes top albums chart in 16 regions.

He debuted as the main vocalist of Super Junior in 2005 and put out his first solo EP “The Little Prince” in 2016. He also appeared in a series of musicals over the last decade.

Earlier this month, the veteran idol group held an in-person concert in Japan for the first time in two years. At Saitama Super Arena, it performed in front of 45,000 people for the three-day concert dubbed “Return of the King.”