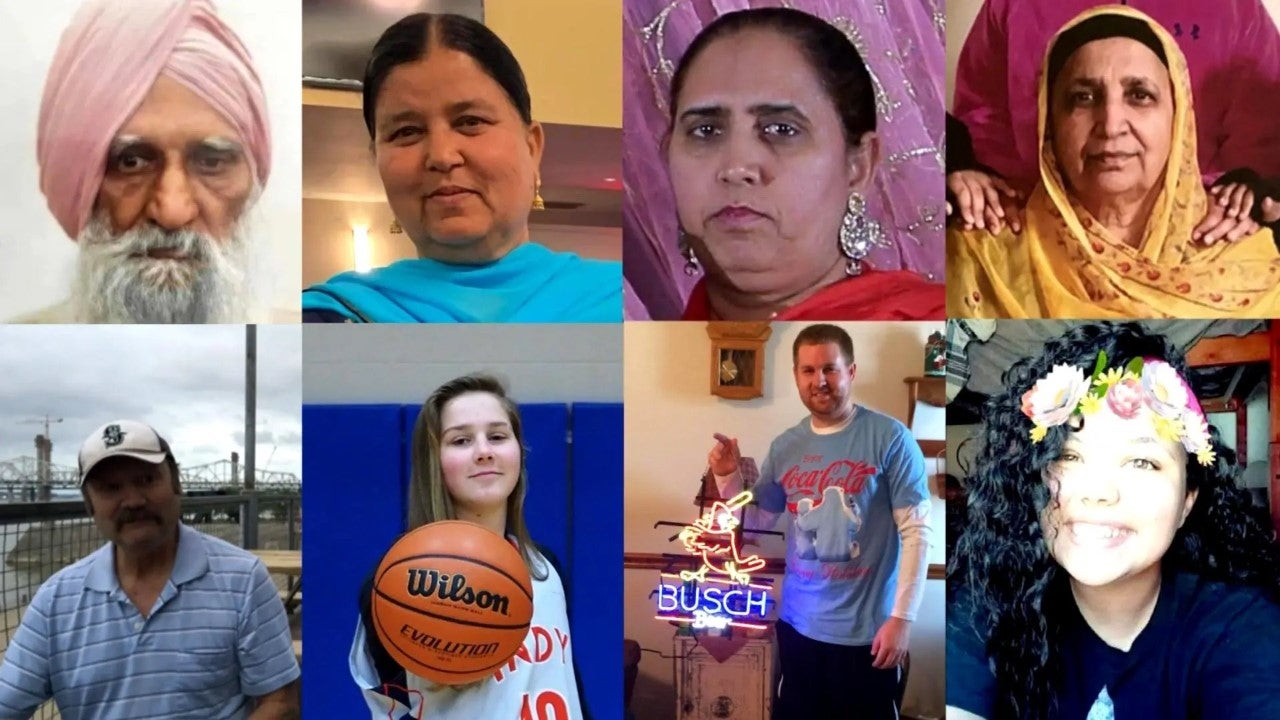 INDIANAPOLIS (WISH) — One year after a mass shooting at a FedEx facility in Indianapolis, the family and friends of the victims are remembering those they lost.

On April 15, 2021, former FedEx employee Brandon Hole brought a gun to the facility near the Indianapolis International Airport. The shooting began in the parking lot before Hole went inside the building. Hole shot and killed eight people before taking his own life.

Now, a year after their deaths, family and friends of the victims are still coping with the loss.

With so many people stolen in an instant, the heartbreak is never-ending for families. Life isn’t the same, it never will be. However, the memories are what they hold onto.

“Remember them. Remember how important they were. They are not just eight people that were taken,” Karen Smith, Karli Smith’s mother, said.

Matthew Alexander, 32, had just celebrated 10 years working at FedEx and was just starting his work day when the shooting occurred.

Matthew’s family says he was a huge sports fan. He loved baseball, was on the baseball team at Avon High School, and cheered for the St. Louis Cardinals.

The Matt Alexander Memorial Baseball Scholarship Fund was established by his parents after his death. The fund provides $1,600 to one graduating baseball player at Avon High School each year.

Samaria Blackwell, 19, loved to play basketball and soccer. She also loved to work for Indy Parks, where she served as a lifeguard at Garfield and Bethel Parks and Indy Island Aquatic Center.

Samaria is remembered by her family as a straight-A student who could have done anything she wanted in life, but they say she dreamed of being a police officer because she loved helping people.

Amarjeet Johal, 66, was one of multiple people in her family who worked at the facility.

Amerjeet was beloved by her family and by her grandchildren, who called her “Naniji”.

Her son, Narinder Johal, told News 8 last April that if you only met Amarjett once, you’d remember her.

Jasvinder Kaur, 50, was a mother and grandmother who relatives say loved her family deeply. Jasvinder was working at FedEx to support her family.

Amarjit Sekhon, 48, was the mother of two boys. Sekhon was Sikh, as are roughly 90% of the employees at the FedEx facility, according to members of the local Sikh community.

Sikh leaders say so many members of their faith work for FedEx because it is easy to get a job there and the language barrier is not as wide.

News 8 reached out to Amarjit’s family for a memorial story, but did not receive a response.

Jaswinder Singh, 68, was a new employee at FedEx at the time of the shooting and hadn’t even collected his first paycheck.

On the one year anniversary of Jaswinder’s death, his family tells News 8 that “wounds are healing, but it’s still so painful.”

The family says it is taking this time to be together on a trip to India.

Shortly after the shooting, Jaswinder’s son, Gurinder Bains, talked to News 8 about his father.

“He was a gentleman, always loved his kids, and walking, and the whole community loved him,” Gurinder said. “He just started a week ago and he was really excited. I asked him, ‘You don’t need to work.’ He said, ‘I can’t stay at home, I need to go and do some work.”

As she shuffled through photos of her 19-year-old daughter, Karli, Karen Smith said, “These are just some of her happy face.”

Karli’s smile is perfectly preserved in the pictures. Karen says she can find moments of happiness through her tears.

In the year since the shooting, Karen has had Karli’s name tattooed over her heart. She also keeps a recording of Karli’s laugh in a stuffed bear.

Karen says the trauma from April 15, 2021, stays with the entire family, including Karli’s siblings. Still, she says, the large family meets on the 15th of every month to remember the young woman taken too soon.

“Oh, she was so funny. She would just light up the room. She was constantly smiling, cracking jokes, and laughing. She just always made everybody happy. She was just the light,” Karen said.

Karli was a light in the darkness of that fateful day, Karen says, and dealing with her death has been a struggle.

Karen says there is still anger, along with many questions, and her other children are grieving and changed forever. However, Karen says, they all must move forward.

“There is no ‘stop missing her.’ But, we try to forgive and not hold grudges about things and move on. [We] stick together,” Karen said.

John “Steve” Weisert and his wife, Carol, were just a few months away from their 50th wedding anniversary when Weisert was killed.

Carol Weisert says Steve, 74, was the love of her life and the pain of losing him is still unbearable.

“I just feel heartbroken that he is gone,” Carol said. “I miss my companion, for sure… My best friend.”

Steve worked as an engineer and served in the military before joining FedEx and he was close to retirement, according to Carol. He also also liked to volunteer in his free time.

“You still grieve this person, you still miss them terribly — but the shock part of it is not there,” Carol said.

It’s a shock that Carol says is familiar to her. The couple’s 1-year-old son died of a brain aneurysm in 1984. Their other two children are grown, and Steve was always so proud of his family, according to Carol.

“I want him remembered as very loyal, a family-oriented man,” Carol said.

Without her husband, Carol says, her life is lonely.

“That is the hardest part…knowing he is never going to come back,” Carol said.

One year after the shooting, Carol says she wants the community to learn from what happened that day, but she also never wants to feel this kind of loss again.

“You just can’t believe that this is forever,” Carol said. “We used to walk around the neighborhood hand in hand. I will never have that again.”