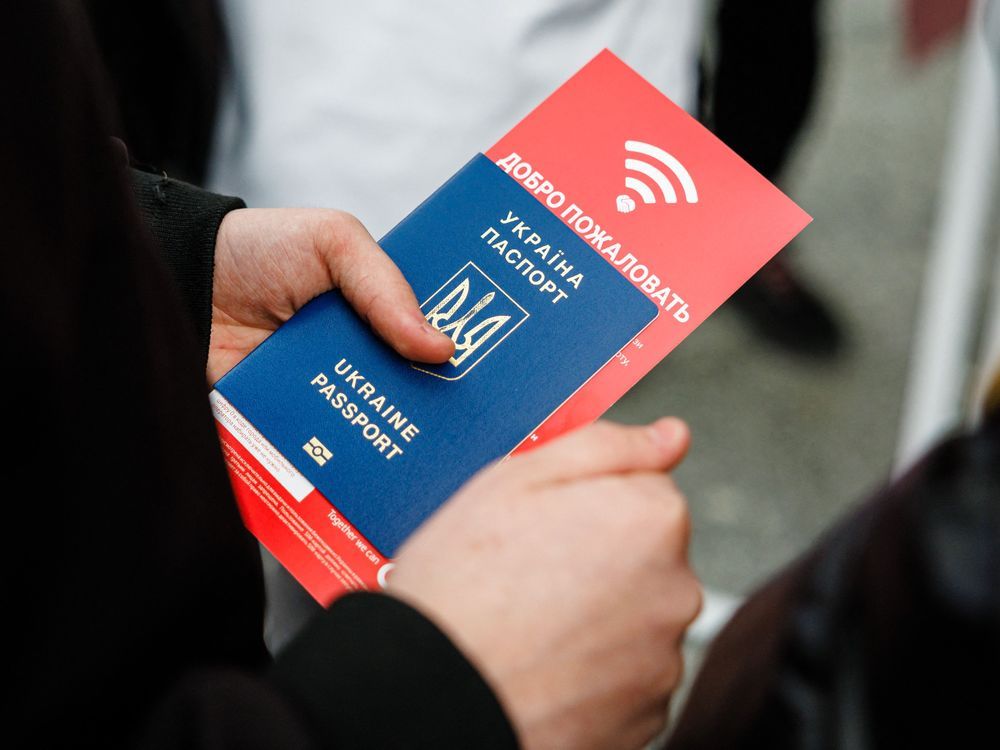 A young Ukrainian woman is finally coming back to Canada where she has been living for the past eight years, months after a bureaucratic nightmare that led her to flee a war and be trapped in Poland without a passport.

Hanna Kryvun, 24 years old, left Toronto during the Christmas holidays to see her family in Berdyansk, Ukraine, but was denied entry to Canada two times. The first time, she learned she caught COVID-19 just before boarding the plane and had to stay two extra weeks. The second time, in a layover in Turkey, she was told she could not leave because she did not have a temporary resident visa (TRV) even if she has a post-graduate work permit.

She ended up applying for the TRV on February 9th and was told processing times would be 10 days, but shortly after, the Canadian Embassy office she had applied through in Kyiv closed due to the threat of war. Her file was transferred to the embassy in Lviv. Meanwhile, all she could do was wait anxiously.

“I remember the night of February 23, talking to my partner (who had stayed in Toronto). He didn’t believe me when I said the war was coming and it might even start tomorrow. I said that on the 23rd. And then on the 24th, I woke up to the sound of bombing at 5 am,” Kryvun told the National Post in an interview from her hotel room in Warsaw, Poland.

Days after, Berdyansk was occupied by Russian forces. Kryvun said she did not have a constant cellular or Internet signal, and sometimes for days at a time, so her partner made multiple requests on her behalf to expedite her visa application and hopefully bring her back to Canada as soon as possible.

By the second week of the war, she said Russians had cut off natural gas which heated homes in her hometown. They had taken control of all major governmental buildings, police stations and courts, and they were threatening businesses, including grocery stores which refused to comply and closed down. The people of Berdyansk were not only freezing, but also starting to starve.

It’s around that time that Kryvun’s temporary resident visa was approved by Canada, but Kryvun had no way of leaving until humanitarian corridors were opened for residents of Mariupol, 90 kilometres away.

“I was worried because it said I only have one month to claim it. That’s usually how much time they give you to claim your counterfoil or it expires, and you have to do the whole process again,” she said.

Her parents managed to find a spot for her to leave with a family in a car among hundreds leaving at the same time as Red Cross buses when the humanitarian corridors opened. They left on March 16 for a two-day journey of 200 kilometre to Zaporizhzhya, north-west of Berdyansk.

“There were 18 Russian checkpoints along the way. I counted all of them,” she said. “What was most disturbing is that the closer you would get to your destination, the more agitated the Russians would get. You’d get an angry smile… Like, ‘Sure, go, go. You’ll still going to get killed anyways. (…) We’ll hunt you down’. That’s what they tell you.”

The second part of the trip, she recalls, was the most dangerous. She saw blown-up tanks or burnt civilian cars with human remains, and passengers feared for their life as they drove near minefields.

“I’ve never been that scared. Like, scary movies aren’t scary for me anymore after that. You’re in a tiny car, and that road had a lot of bumps, a lot of holes in it. So every time you hear a noise in the lens of your car bumping into something you’re kind of thinking like, ‘okay, this is over’,” she said.

But the car made it to the destination, and a family friend managed to get her to the Polish border safely on March 19. Kryvun headed to Warsaw on March 20 in hopes of getting help from the Canadian Embassy there, but it was a Sunday, so it was closed.

Kryvun tried going back to the Embassy the next day, but was turned away and sent to speak to the Visa Application Centre (VAC). She said VAC representatives would not speak to her because she did not make an appointment. But there were no available appointments for the next two months. She tried calling both places to get assistance, but the Embassy or the VAC would hang up, she recalls.

On March 23, she ended up mailing her passport to the VAC office in Warsaw in hopes they would simply insert a counterfoil of her temporary resident visa in it and that she would then be able to get it back in person directly at the visa application centre to then leave for Canada. It was what other Ukrainians she met in lineups at the embassy or the VAC were doing, she said.

After all, her visa had already been approved on March 2nd, so how complicated would it be?

For more than three weeks, Kryvun called and called, but was told she would have to wait for a confirmation email for the VAC when her passport would be ready for pickup. She never got it. When she reached out to Immigration, Refugees and Citizenship Canada (IRCC), this week, she was told that her case had already been flagged for “urgent” or “priority” processing and would be mailed shortly.

“I never chose to have my passport delivered. Where would it be delivered if I never gave them an address?”

Exasperated, Kryvun reached out to Marci Ien, her local MP for Toronto Centre and Minister for Women and Gender Equality and Youth, only to be told that her request would be answered in five business days.

“I’m not the only one with this issue. There are lots of other people who are going through the same process,” she said. “I tried to emphasize that I’m alone in Poland. I’m a female refugee with no identification documents and there have been lots of cases to this day where Ukrainian women have just been taken in by some sketchy people and can’t escape now.”

Finally, having been stuck in Warsaw for more than three weeks and seeing the long Easter weekend approaching, she stormed back to the VAC demanding for her passport on Friday. Another Ukrainian woman was in the same situation as her and yelled at the staff to give her back her passport. “They found her passport sitting in the box just there,” said Kryvun.

When her turn came, she admits she too “did yell at them a little bit”. They ended up finding her passport. But she said at least four other people she saw at the VAC in the same situation were not as lucky, and were told their passports were nowhere to be found.

IRCC did not comment specifically on Kryvun’s case when asked by the National Post, but indicated they are “closely monitoring the operational capacity” of their offices and VACs in Europe and have “significantly increased capacity by deploying additional staff, supplies and equipment to the region”.

“The processing across our VACs has doubled in recent weeks and officers are completing over 18,000 appointments on a weekly basis,” said an IRCC spokeswoman on Friday.

Kryvun said she booked her plane tickets back to Toronto as soon as she could, now that she has her passport back in her possession with the appropriate visa.