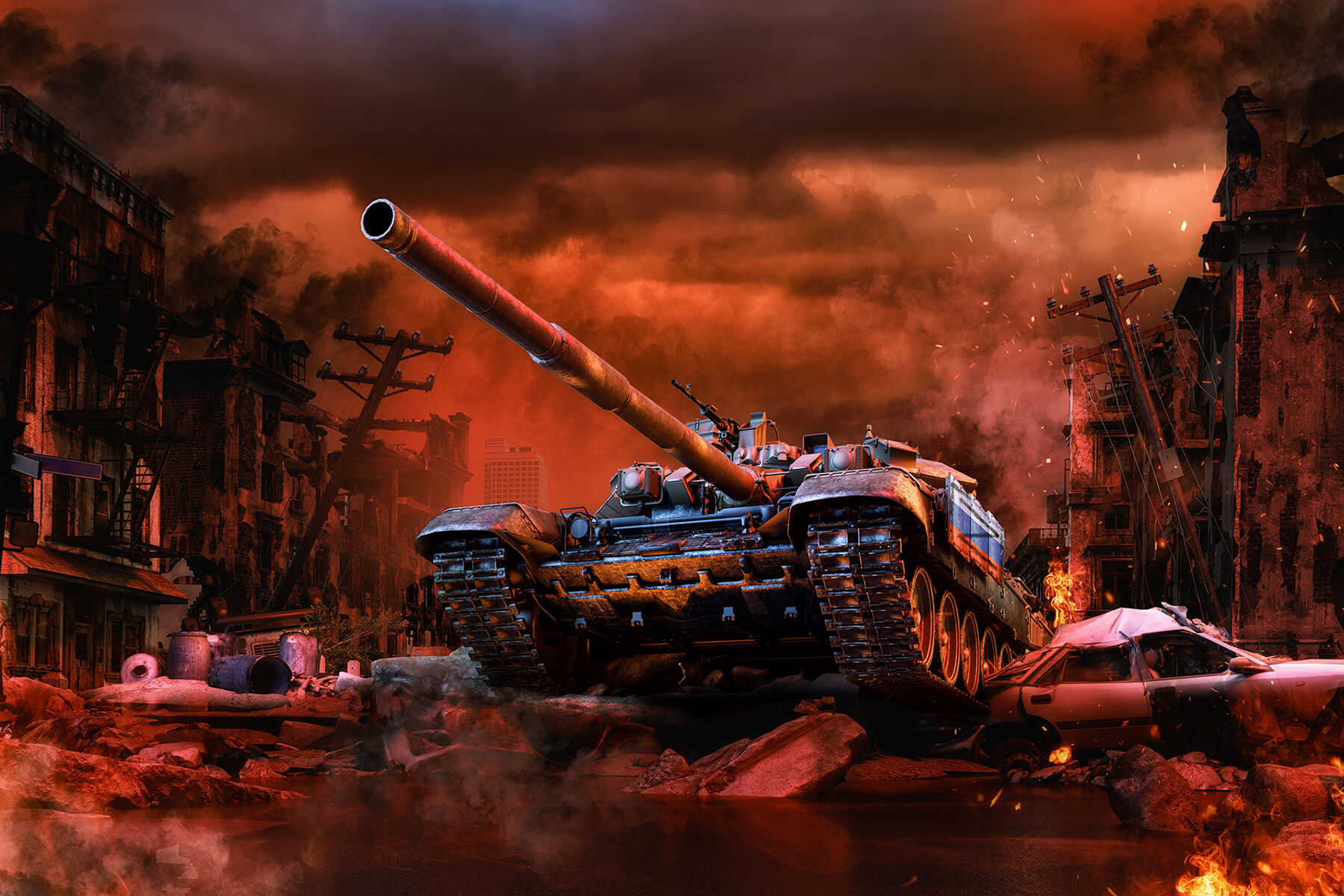 The war in Ukraine has placed US and NATO policy toward Russia under a spotlight, highlighting how the US and its allies have expanded NATO right up to Russia’s borders, backed a coup and now a proxy war in Ukraine, imposed waves of economic sanctions, and launched a debilitating trillion-dollar arms race. The explicit goal is to pressure, weaken and ultimately eliminate Russia, or a Russia-China partnership, as a strategic competitor to US imperial power.

The US and NATO have used similar forms of force and coercion against many countries. In every case they have been catastrophic for the people directly impacted, whether they achieved their political aims or not.

The Bitter Fruits of US Intervention

Wars and violent regime changes in Kosovo, Iraq, Haiti and Libya have left them mired in endless corruption, poverty and chaos. Failed proxy wars in Somalia, Syria and Yemen have spawned endless war and humanitarian disasters. US sanctions against Cuba, Iran, North Korea and Venezuela have impoverished their people but failed to change their governments.

Meanwhile, US-backed coups in Chile, Bolivia and Honduras have sooner or later been reversed by grassroots movements to restore democratic, socialist government. The Taliban are governing Afghanistan again after a 20-year war to expel a US and NATO army of occupation, for which the sore losers are now starving millions of Afghans.

But the risks and consequences of the US Cold War on Russia are of a different order. The purpose of any war is to defeat your enemy. But how can you defeat an enemy that is explicitly committed to respond to the prospect of existential defeat by destroying the whole world?

This is in fact part of the military doctrine of the US and Russia, who together possess over 90% of the world’s nuclear weapons. If either of them faces existential defeat, they are prepared to destroy human civilization in a nuclear holocaust that will kill Americans, Russians and neutrals alike.

In June 2020, Russian President Vladimir Putin signed a decree stating, “The Russian Federation reserves the right to use nuclear weapons in response to the use of nuclear weapons or other weapons of mass destruction against it and/or its allies… and also in the case of aggression against the Russian Federation with the use of conventional weapons, when the very existence of the state is put under threat.”

The 2018 US Nuclear Posture Review (NPR) promised that the US would not use nuclear weapons against a non-nuclear state. But in a war with another nuclear-armed country, it said, “The United States would only consider the use of nuclear weapons in extreme circumstances to defend the vital interests of the United States or its allies and partners.”

The 2018 NPR broadened the definition of “extreme circumstances” to cover “significant non-nuclear attacks,” which it said would “include, but are not limited to, attacks on the US, allies or partner civilian population or infrastructure, and attacks on US or allied nuclear forces, their command and control, or warning and attack assessment.” The critical phrase, “but are not limited to,” removes any restriction at all on a US nuclear first strike.

So, as the US Cold War against Russia and China heats up, the only signal that the deliberately foggy threshold for the US use of nuclear weapons has been crossed could be the first mushroom clouds exploding over Russia or China.

For our part in the West, Russia has explicitly warned us that it will use nuclear weapons if it believes the US or NATO are threatening the existence of the Russian state. That is a threshold that the US and NATO are already flirting with as they look for ways to increase their pressure on Russia over the war in Ukraine.

To make matters worse, the twelve-to-one imbalance between US and Russian military spending has the effect, whether either side intends it or not, of increasing Russia’s reliance on the role of its nuclear arsenal when the chips are down in a crisis like this.

NATO countries, led by the United States and UK, are already supplying Ukraine with up to 17 plane-loads of weapons per day, training Ukrainian forces to use them and providing valuable and deadly satellite intelligence to Ukrainian military commanders. Hawkish voices in NATO countries are pushing hard for a no-fly zone or some other way to escalate the war and take advantage of Russia’s perceived weaknesses.

The danger that hawks in the State Department and Congress may convince President Joe Biden to escalate the US role in the war prompted the Pentagon to leak details of the Defense Intelligence Agency’s (DIA) assessments of Russia’s conduct of the war to Newsweek’s William Arkin.

Senior DIA officers told Arkin that Russia has dropped fewer bombs and missiles on Ukraine in a month than US forces dropped on Iraq in the first day of bombing in 2003, and that they see no evidence of Russia directly targeting civilians. Like US “precision” weapons, Russian weapons are probably only about 80% accurate, so hundreds of stray bombs and missiles are killing and wounding civilians and hitting civilian infrastructure, as they do just as horrifically in every US war.

The DIA analysts believe Russia is holding back from a more devastating war because what it really wants is not to destroy Ukrainian cities but to negotiate a diplomatic agreement to ensure a neutral, non-aligned Ukraine.

But the Pentagon appears to be so worried by the impact of highly effective Western and Ukrainian war propaganda that it has released secret intelligence to Newsweek to try to restore a measure of reality to the media’s portrayal of the war, before political pressure for NATO escalation leads to a nuclear war.

Since the US and the USSR blundered into their nuclear suicide pact in the 1950s, it has come to be known as Mutual Assured Destruction, or MAD. As the Cold War evolved, they cooperated to reduce the risk of mutual assured destruction through arms control treaties, a hotline between Moscow and Washington, and regular contacts between US and Soviet officials.

But the US has now withdrawn from many of those arms control treaties and safeguard mechanisms. The risk of nuclear war is as great today as it has ever been, as the Bulletin of the Atomic Scientists warns year after year in its annual Doomsday Clock statement. The Bulletin has also published detailed analyses of how specific technological advances in US nuclear weapons design and strategy are increasing the risk of nuclear war.

The world understandably breathed a collective sigh of relief when the Cold War appeared to end in the early 1990s. But within a decade, the peace dividend the world hoped for was trumped by a power dividend. US officials did not use their unipolar moment to build a more peaceful world, but to capitalize on the lack of a military peer competitor to launch an era of US and NATO military expansion and serial aggression against militarily weaker countries and their people.

As Michael Mandelbaum, the director of East-West Studies at the Council on Foreign Relations, crowed in 1990, “For the first time in 40 years, we can conduct military operations in the Middle East without worrying about triggering World War III.” Thirty years later, people in that part of the world may be forgiven for thinking that the US and its allies have in fact unleashed World War III, against them, in Afghanistan, Iraq, Lebanon, Somalia, Pakistan, Gaza, Libya, Syria, Yemen and across West Africa.

Russian President Boris Yeltsin complained bitterly to President Clinton over plans for NATO expansion into Eastern Europe, but Russia was powerless to prevent it. Russia had already been invaded by an army of neoliberal Western economic advisers, whose “shock therapy” shrank its GDP by 65%, reduced male life expectancy from 65 to 58, and empowered a new class of oligarchs to loot its national resources and state-owned enterprises.

President Vladimir Putin restored the power of the Russian state and improved the Russian people’s living standards, but he did not at first push back against US and NATO military expansion and war-making. However, when NATO and its Arab monarchist allies overthrew the Gaddafi government in Libya and then launched an even bloodier proxy war against Russia’s ally Syria, Russia intervened militarily to prevent the overthrow of the Syrian government.

Russia worked with the US to remove and destroy Syria’s chemical weapons stockpiles, and helped to open negotiations with Iran that eventually led to the JCPOA nuclear agreement. But the US role in the coup in Ukraine in 2014, Russia’s subsequent reintegration of Crimea and its support for anti-coup separatists in Donbass put paid to further cooperation between Obama and Putin, plunging US-Russian relations into a downward spiral that has now led us to the brink of nuclear war.

The Cold War Is Back

It is the epitome of official insanity that US, NATO and Russian leaders have resurrected this Cold War, which the whole world celebrated the end of, allowing plans for mass suicide and human extinction to once again masquerade as responsible defense policy.

While Russia bears full responsibility for invading Ukraine and for all the death and destruction of this war, this crisis did not come out of nowhere. The US and its allies must reexamine their own roles in resurrecting the Cold War that spawned this crisis, if we are ever to return to a safer world for people everywhere.

Tragically, instead of expiring on its sell-by date in the 1990s along with the Warsaw Pact, NATO has transformed itself into an aggressive global military alliance, a fig-leaf for US imperialism, and a forum for dangerous, self-fulfilling threat analysis, to justify its continued existence, endless expansion and crimes of aggression on three continents, in Kosovo, Afghanistan and Libya.

If this insanity indeed drives us to mass extinction, it will be no consolation to the scattered and dying survivors that their leaders succeeded in destroying their enemies’ country too. They will simply curse leaders on all sides for their blindness and stupidity. The propaganda by which each side demonized the other will be only a cruel irony once its end result is seen to be the destruction of everything leaders on all sides claimed to be defending.

This reality is common to all sides in this resurgent Cold War. But, like the voices of peace activists in Russia today, our voices are more powerful when we hold our own leaders accountable and work to change our own country’s behavior.

If Americans just echo US propaganda, deny our own country’s role in provoking this crisis and turn all our ire towards President Putin and Russia, it will only serve to fuel the escalating tensions and bring on the next phase of this conflict, whatever dangerous new form that may take.

But if we campaign to change our country’s policies, de-escalate conflicts and find common ground with our neighbors in Ukraine, Russia, China and the rest of the world, we can cooperate and solve our serious common challenges together.

A top priority must be to dismantle the nuclear doomsday machine we have inadvertently collaborated to build and maintain for 70 years, along with the obsolete and dangerous NATO military alliance. We cannot let the “unwarranted influence” and “misplaced power” of the military-industrial complex keep leading us into ever more dangerous military crises until one of them spins out of control and destroys us all.