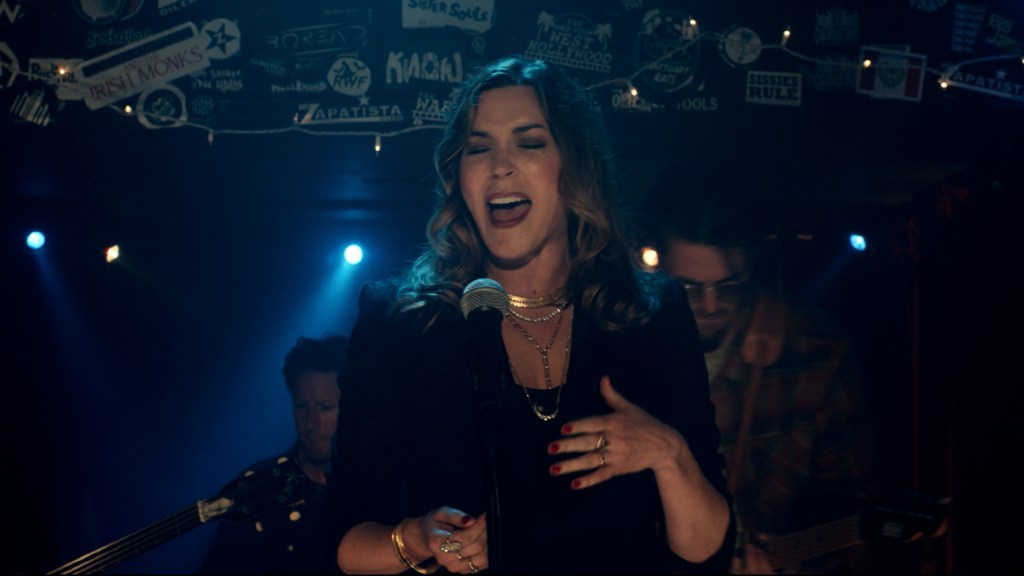 Sunny Ozell could tell her husband was a tad nervous.

The two were on the road after just getting coffee, and he had an idea after finishing a script for his show. Finally, a hesitant Patrick Stewart asked his singer-songwriter wife if she would be interested in a cameo on Star Trek: Picard, as a moment in the Paramount+ series lent itself to her talents perfectly. Ozell thought about it briefly — they tend to keep work and personal life separate — and agreed.

Ozell has a cameo toward the conclusion of this week’s Picard titled “Monsters,” in which she and her band perform “Take You Down,” the last number off her 2020 album Overnight Lows. Filmed in Five Star Bar (267 South Main Street) in Downtown Los Angeles, the scene highlights Agnes Jurati (Alison Pill) getting stronger and more destructive as the Borg Queen’s consciousness takes greater control.

Ozell told The Hollywood Reporter on Thursday that although she only spent one day on production, the experience was truly fascinating.

“To be really honest, I don’t go to set very often because it feels like a sacred place,” she tells THR. “These are people working, and I don’t want to be a tourist. So to actually go and be a part of it — holy crap! It really hammered home to me how many people work so hard to make this happen.”

The moment was also unique in that the couple does not usually mix their professional and personal lives. However, star and executive producer Stewart recognized a golden opportunity for his wife to join the Star Trek fold. He just needed to work up the gumption to ask.

“He read the episode, and we were driving after just getting some coffee,” she recalls warmly. “He was kind of hesitant to offer it because he knew I would be hesitant [to accept]. But, he also saw just how perfect it would be. And he wanted to ask me first before he took it to his fellow executive producers, which I really appreciated. I said yes, and they all loved the idea, so we were off to the races.”

Offering more explanation, Ozell expands, “The lack of overlap is baked into what we both do. There really just isn’t a lot of commonalities. Maybe more so when he is doing theater, where we can compare experiences on stage. Actually, one thing that we do both share is this nightmare where suddenly you find yourself on stage, and you didn’t do any rehearsal!”

The Picard moment is serendipitous for Ozell. Overnight Lows was released on Feb. 28, 2020, right before the pandemic struck, torpedoing all the band’s promotional ventures. “Remarkably unfortunate timing,” Ozell says, with a chuckle. “So this was a great opportunity to shine a little light on this record that I feel very strongly about and am very proud of it.”

The 10-song Chitin Records album was recorded in L.A. at the storied Village Recorders, with Mike Piersante, Joseph Henry “T Bone” Burnett’s engineer, both engineering and mixing the album. The band features Mark Stepro on drums, Jonathan Flaugher on bass, Phil Kronengold on keys and Mason Stoops on guitar.

“The tune itself was a perfect song for the moment, as it is this strong, sassy, bluesy powerful anthem,” Ozell beams. “Episode director Joe Menendez chose it.”