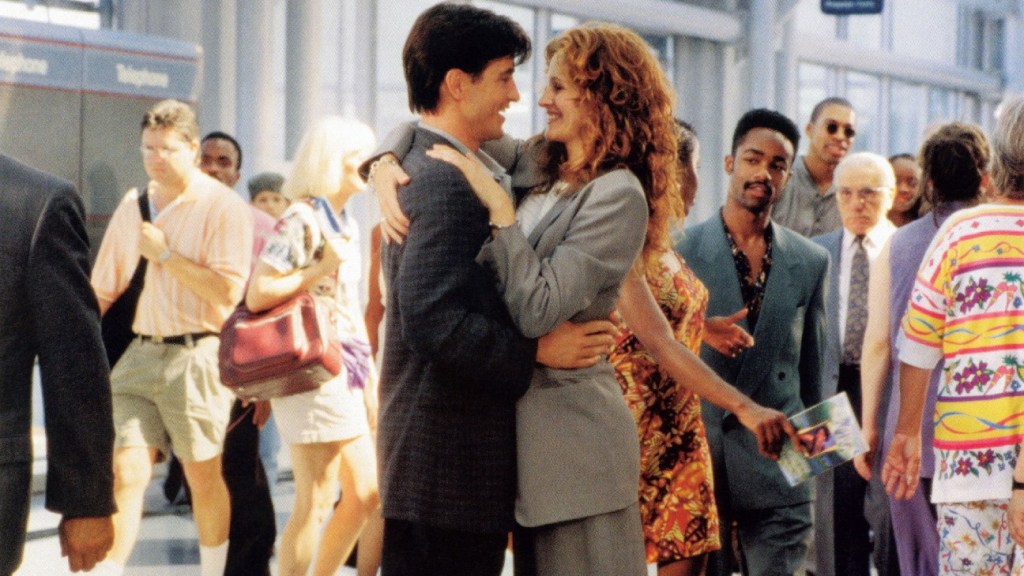 No one needed to say a little prayer for My Best Friend’s Wedding, as the romantic comedy that starred Julia Roberts and Cameron Diaz was a hit out of the gate and remains beloved by viewers and castmembers alike.

Ahead of director P.J. Hogan’s film, released on June 20, 1997, reaching its 25th anniversary, Roberts spoke to E!’s Daily Pop on Wednesday about the enduring appeal of the project. Its plot centered on Julianne (Roberts) realizing she has feelings for longtime friend Michael (Dermot Mulroney), who is about to tie the knot with Kimmy (Diaz); this leads Julianne to pretend to be engaged to pal George (Rupert Everett).

“So many people have someone that they can see themselves as in the movie,” Roberts explained. “I also just think that we really got lucky coming together — none of us knew each other before we made the movie — and we just had a really great chemistry. It just worked.”

Roberts, who is currently promoting her role in Starz’s upcoming Watergate-focused limited series Gaslit, mentioned that everyone in the cast “really liked each other,” and the bond thrived after cameras stopped rolling.

“Dermot and I are still really great friends — we talk all the time,” she continued. “And I think that that is a testament to the beautiful time that we all had making this film together.”