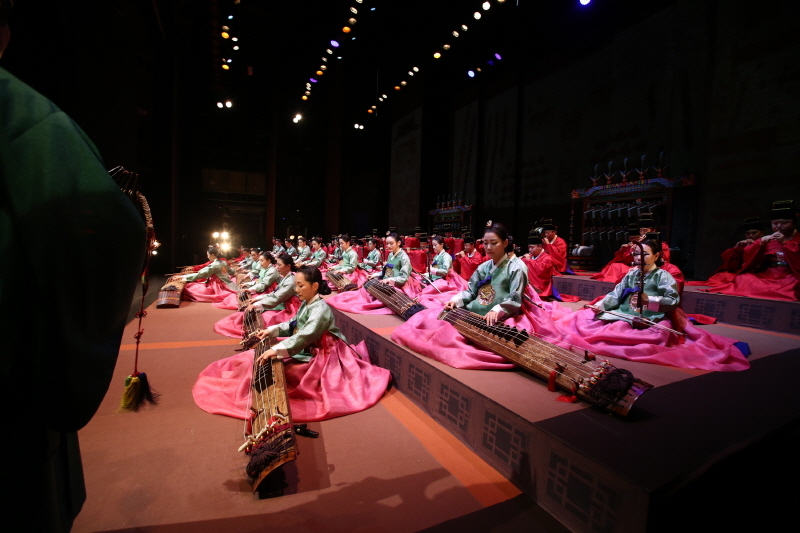 A concert seeking to shed light on the musical talent of King Sejong the Great will take place next week at the National Gugak Center.

King Sejong the Great (1397-1450) was the fourth ruler of the Joseon era, whose remarkable legacy includes, most notably, the creation of Hangeul, the Korean writing system.

The Court Music Orchestra of the National Gugak Center will celebrate one of King Sejong’s legacies in a concert titled “Sejong’s sound: Yeomindongrak,” which translates to “sharing joy with the people.”

The concert will showcase four variations of “Yeominrak” composed by King Sejong — “Yeominrak Man,” which is closest to the original music, “Yeominrak Yeong,” “Haeryeong,” and ”Yeominrak.” These pieces are recorded in “The Collected Manuscripts of King Sejong,” which remains the oldest extant musical score in Korean history, and “The Veritable Records of the Joseon Dynasty.”

“Yeominrak” has its roots in the very creation of Hangeul which was promulgated in 1446. In an effort to raise the prominence of this new writing system, the king commanded his scholars to write “Yongbieocheonga,” or “Songs of the Dragons Flying to Heaven,” an epic poem presenting the founding myth of the Joseon Kingdom and a core set of patriotic values. The piece conveyed to both future kings and the people the immense responsibility of leading a country that was born from a conflict. King Sejong later set the poem to music, which was eventually formalized as “Yeominrak.”

“This concert is a valuable opportunity to share King Sejong’s ambitions for the future of his nation and musical achievements with our audience,” Lee Sang-won, artistic director of the Court Music Orchestra, said.

The one-hour concert, which includes an explanation of the pieces by the head of Gugak Center’s research department, will take place April 21 and 22 at 7:30 p.m.