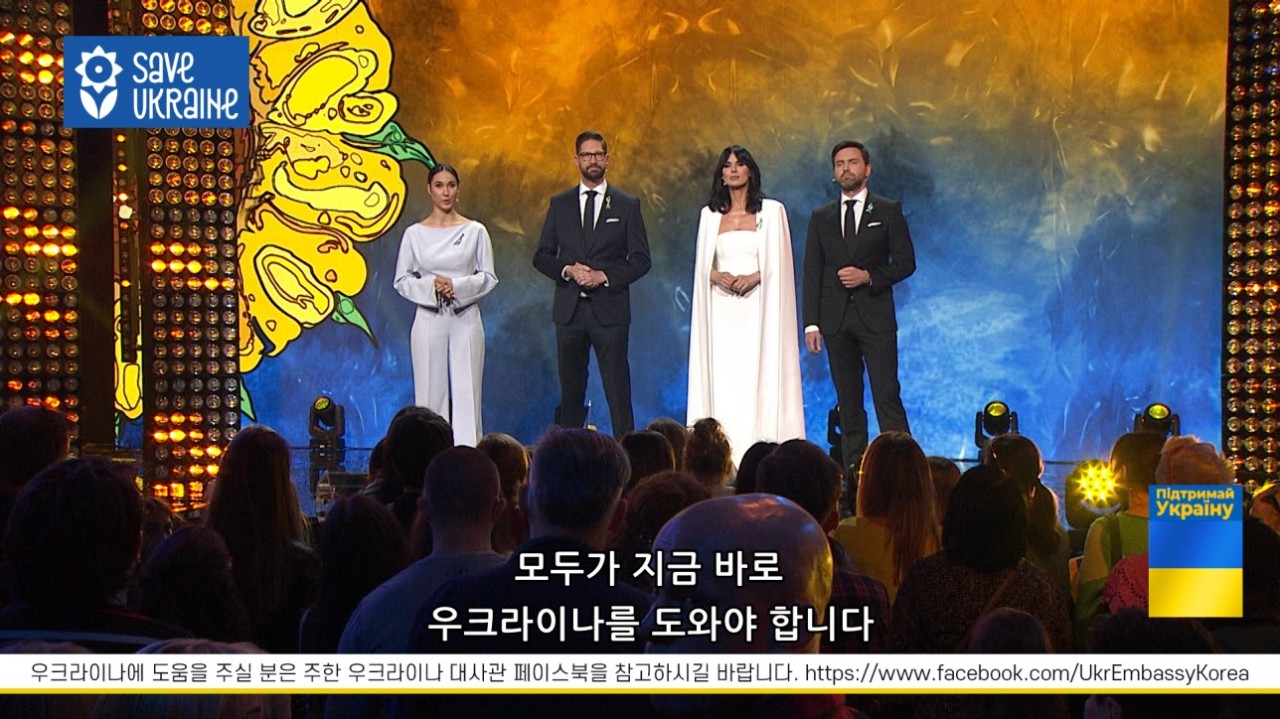 The concert, which was origianlly aired by TVP, a Polish state-run TV channel, on March 28 in more than 20 countries, will be shown on TVAsia Plus Channel, after the channel operator TRA Media accepted a request by the Ukraine Embassy in Seoul to show the program in South Korea.

Kim Hong-Cheol, vice president of TRA Media, said, “It is the right thing to do for TRA Media to help Ukrainians suffering from the war,“ explaining that the channel has previously aired Ukrainian dramas “Love In Chains”, “Sniffer” and “There Will Be People.”

TRA Media will broadcast the charity program simultaneously on its other channels – Smile TV Plus and Wee TV – to inform more people of ways to help Ukraine. People can watch the program through IPTV and cable TV. Smile TV Plus and TVAsia Plus can be also seen live-channel on the OTT platform Wavve.

Those who want to make donations for Ukraine can visit the Facebook page of the Embassy of Ukraine in the Republic of Korea. Donations that directly go to Ukraine can also be made through https://saveukraine.1plus1.ua