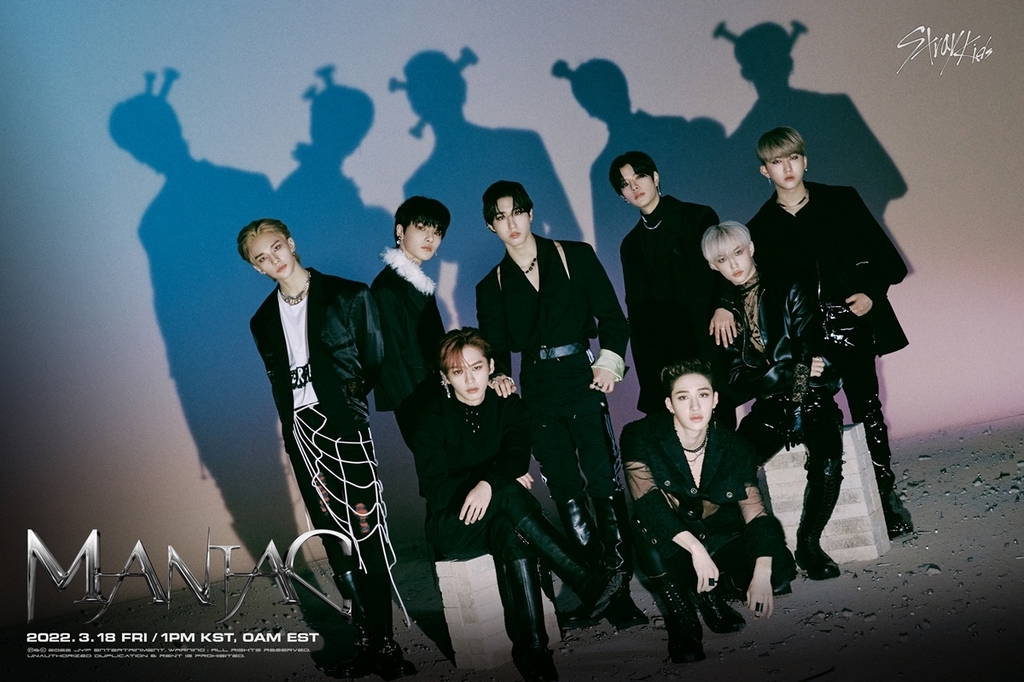 Stray Kids extended their stay on the Billboard 200 for another week, ranking No. 59 with EP “Oddinary,” according to the publication’s tally for next week.

The EP was the chart-topper on the world albums chart for three consecutive weeks. Along with the focus track “Maniac,” it has put the band’s name on 10 charts in total.

The EP was fully unveiled on March 18 and debuted on Billboard 200 at No. 1. The eight-member act became the third K-pop group to top the chart, following BTS and SuperM.

On April 29, the band will start its second international tour named after the lead track, for the first time in almost 2 1/2 years. Beginning with a three-day concert in Seoul, it will visit 10 cities, from Tokyo to Los Angeles, and perform 16 times through July 27.

Le Sserafim to debut on May 2

It will come out with its first EP, “Fearless,” and host a showcase later the same day.

Digital souvenirs to mark the group’s debut became available last week, with all 120,000 images snatched up by fans.

The girl group is the first all-female band launched in collaboration with Hybe. The members include Miyawaki Sakura and Kim Chaewon, formerly of IZ*ONE, which disbanded in April last year.

Rose of Blackpink generated 200 million streams on Spotify with her solo song “On the Ground,” label YG Entertainment said Wednesday.

It is the third solo song by a K-pop female act to achieve the feat. The first was bandmate Jennie’s “Solo,” followed by Lisa’s “Money.” “On the Ground” amassed 100 million streams on the platform in 71 days following its release, marking the shortest time for a K-pop solo act.

The song is the main track from her solo debut single “R,” which came out in March 2021. The song topped iTunes‘ top songs chart in 51 regions and hit No. 1 on Billboard’s Global 200 and No. 8 on Spotify’s Global Top 50. With the song, Rose became the first K-pop female solo artist to enter the UK’s Official Chart.

Sunwoo of the Boyz thanked fans for celebrating his birthday with a song on Tuesday, according to agency IST Entertainment on Wednesday.

It is the fourth solo work of the idol singer, who put out the single “Want to Go Back to 2016 (Prod.wavytrbl)” last month. He also marked his birthday last year with “Berry.”

“It is a R&B tune in which melodies that bring spring to mind blend with the rap I wrote,” he explained. He wanted to present a song that is easy to listen to as many wrapped up their long day, he added.

In the meantime, the 11-piece act will release its second EP in Japan, titled “She’s The Boss,” on May 27.