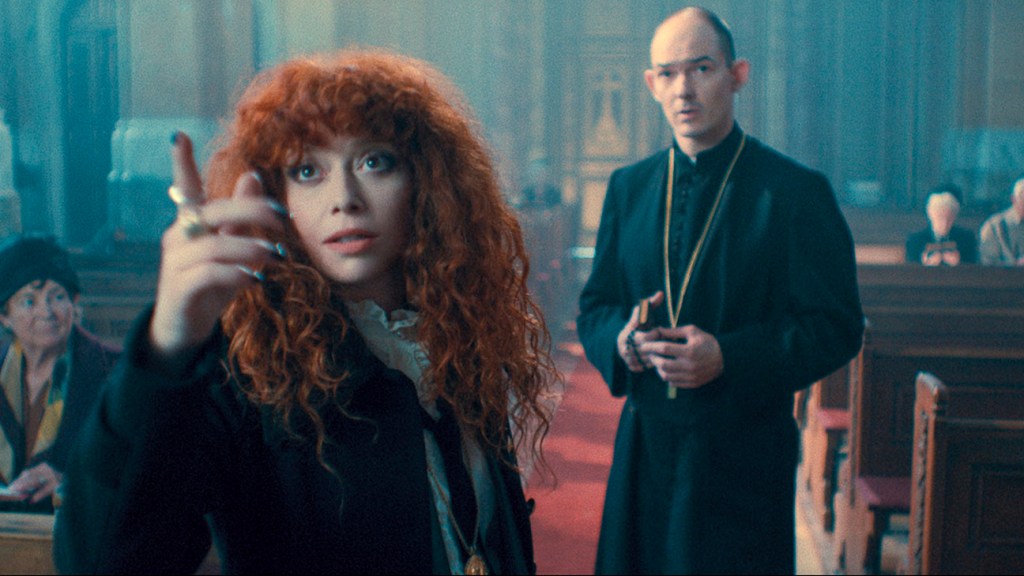 When daring to take a seemingly close-ended show and expand it to additional seasons, you never know what the creative result will be.

For every The End of the F***ing World, which delivered a surprisingly decent second season after its spectacular and wholly unexpected first, there are probably even more 13 Reasons Why, a show so popular Netflix’s couldn’t resist leaving the source material behind, continuing an increasingly nonsensical and unconnected story for three additional unwatchable seasons. Sorry. I’m still angry at how badly 13 Reasons Why — already, even at its creative peak, a more-than-slightly problematic series — went off the rails.

Fortunately, the second season of Russian Doll, despite featuring trains and subway cars in a central role, doesn’t go off the rails at all. It’s still hard to say that the continuation of Russian Doll is “necessary,” because the first season is such a perfectly contained gem. But stepping to the forefront of the show’s creative team, Natasha Lyonne has delivered seven episodes that are more personal and take bigger intellectual risks than anything in the initial run.

Though less effectively tidy than the “Alphabet City Groundhog Day as directed by Fellini” first season, the new season still comes together nicely by the end and that’s probably all I should tell you about it. For purposes of the rest of this review, though, I won’t spoil anything more than what Netflix’s trailers have already spoiled, which I assure you is but a sample of what the season offers.

We pick up a few years after the events of the first season. Nadia (Lyonne) is just 10 days away from turning 40 and, after her surrogate mother Ruthie (Elizabeth Ashley) has a minor accident, Nadia is, once again, facing an existential crisis tied to mortality. This isn’t a great time for her friend Maxine (Greta Lee) to once again be plotting a grand birthday gala, especially since Nadia would rather spend that evening with her 36th birthday time-loop buddy Alan (Charlie Barnett) because, as she puts it, “Look, we ended up in the same timeline. I’ve gotta make sure we keep it that way.”

Nadia gets on the subway and before you can say, “Hey, it’s Life on Mars!” she notices other passengers smoking and a poster for a very specific movie not likely to be in theatrical release in 2022. Beret-wearing Guardian Angels suddenly abound, a cheeky wink to a season at least somewhat inspired by It’s a Wonderful Life.

As with the first season, the slipping into and out of the past isn’t a permanent condition and, as she explains to Alan, “The universe finally found something worse than death.” What that thing is, I won’t spoil, nor will I spoil what Alan’s own temporal journey is, other than to say that interweaving Alan’s storyline isn’t initially the thing the season does best. His storyline and Nadia’s ultimately join nicely and the series is such a good outlet for Barnett’s kooky energy that I’m mostly relieved they were able to contrive a way to keep his character in the loop — so to speak — at all.

On a practical level, the season’s plot relates to Nadia’s family’s financial legacy tied to the South African gold Krugerrands mentioned in the first season, but on a more figurative level, the focus is on intergenerational trauma. The illusion provided by decades of time-travel movies is that the past is, with careful evasion of paradoxes and whatnot, a place to heal the wounds of the present, but the ultra-verbose, pop culture-savvy Nadia is, despite full awareness of those time-travel rules, predictably unable to properly align the pieces. Some wounds are too deep and tied to too many tragic ripples to be facilely repaired — and if the first season’s temporal epicycles were set in motion by individual unfinished business, the second season is instigated by a collective unfinished business of the darkest and most historical sort.

Lyonne, who created the series with Leslye Headland and Amy Poehler and made her directing debut with the first season finale, is even more committed this time around, writing or co-writing four of the seven episodes and directing three, with Documentary Now! veteran Alex Buono helming the rest. And Lyonne’s DNA is all over the season, which includes her family’s Hungarian-Jewish roots and, in general, a far more Semitic approach to the spiritual underpinnings of the story. You don’t need to know Rabbi Simcha Bunim’s teaching about the two messages every person should carry in their pocket to understand Nadia’s sense of simultaneous time-bending power and utter impotence in the grasp of fate, but it helps. Nor do you need to come into Russian Doll with a sense of the Jewish approach to the afterlife, because Lyonne makes sure to spell it out and then leaves it for viewers to decide if that truly matters.

Growing ever more confident writing and directing — special points for the use of European locations and for a killer soundtrack that only occasionally makes you miss Harry Nilsson — Lyonne has a cultural prism that’s ever-visible; references range from European arthouse cinema to Bob Fosse’s Star 80 to her well-established affection for Peter Falk and Columbo. Plus, her acting skills, always tremendous in brassy tough-talking mode, only add nuance as Nadia loses control over her place in time and her conviction that her family’s unfinished business is, in fact, finishable.

Lyonne and Barnett remain the cast’s effective anchors, with strategic deployment of the expertly droll Lee, emotional heavyweight Ashley and an expanded part for Chloë Sevigny as Nadia’s mother Nora, whose damage makes Nadia look even-keeled. The season is so short — episodes tip-toe over 30 minutes, but resist typical Netflix bloat — and so centered on Nadia that there isn’t room for many fresh faces, but Annie Murphy and Sharlto Copley are welcome additions in parts I’ll let remain secretive.

Nothing in this season is quite as compulsively entertaining as the first season’s recurring fatalities, and there were some subject threads I wish had been carried through more consistently. But coming as close as this season does to recapturing, without shamelessly reproducing, the satisfying difficulty of the first season is achievement enough.

Again, is there now cause for a third season? No. Have Lyonne and company earned the chance to take that chance? Absolutely.