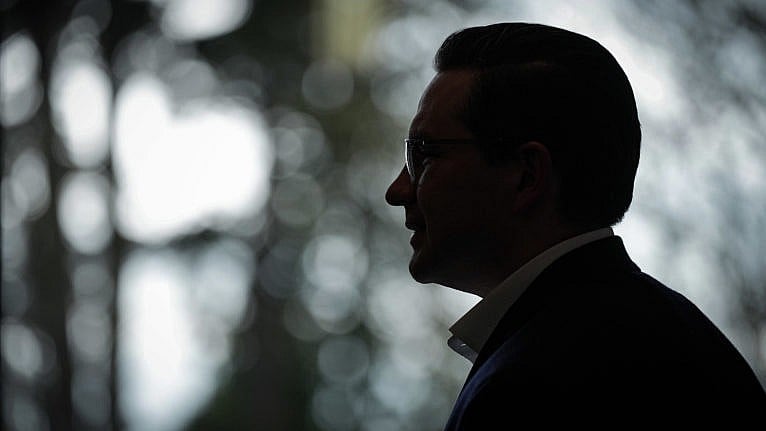 Politics Insider for Apr. 13: Poilievre and Brown fight over memberships; Trudeau takes on Kenney; and a big prairie snow storm

“As we have repeatedly explained, our candidate does not fear losing a fair election,” the letter says. “Instead, our candidate is concerned that the leadership might be won by a candidate who has openly acknowledged cheating, and appears unconstrained by integrity and rules in his pursuit of political offices.”

The Poilievre campaign provided no evidence of fraud,  but the letter quoted previous comments from leadership rival Patrick Brown, in which he seemed to make light of membership purchases as “jaywalking.” In response, the Brown camp pointed to a 2017 compliance agreement Poilievre entered into with Elections Canada, and after the Global story dropped, Brown tweeted an attack on Poilievre.

Big crowds: CBC’s Catherine Cullen takes a look at the big crowds that Poilievre is drawing, which, while not a sure sign that he has the race won, seem to show that something significant is happening.

Former Conservative senior staffer Garry Keller said he sees a parallel between Poilievre’s campaign performance and that of his chief political foe, Justin Trudeau. The massive crowds the rookie Liberal leader drew at events up and down the 401 highway in Ontario during the 2015 election campaign offered the first hint of the Liberal Party of Canada’s comeback victory over Stephen Harper’s Conservatives that year.

“[Trudeau] was getting mega-crowds for Canadian politics with a moment’s notice. You can’t fake that. I’m seeing a lot of similarities with Pierre’s campaign,” said Keller, a vice president at StrategyCorp and ex-chief of staff to John Baird, a former Harper cabinet minister and an adviser on Poilievre’s campaign.

A movement: In the Globe, Gary Mason, who is not sympathetic to Poilievre’s approach, nonetheless sees a movement growing.

Many have written Mr. Poilievre off as someone who can win the leadership of his party, but not the country. While I might have been inclined to share that view a few months ago, I don’t any more. There is a reason that thousands are flocking to his campaign rallies. In a recent swing through British Columbia, his events were packed – more than 1,000 people crammed into halls at several stops. Even university students are turning out in droves. Some people have lined up for an hour after one of his speeches to get a picture with him. There is something happening here that is genuine. It’s easy to roll your eyes at Mr. Poilievre’s statement that he is starting a movement, but it has that certain feel to it.

Tamil pitch: Meanwhile, Brown has released a video promising to “lift the ban” on a designated terrorist organization known as the Tamil Tigers, open immigration to “any Tamil family that wants to come to Canada” and apologize for Canada’s failure to do more for Tamil refugees, the Star reports.

In a short video viewed by the Star, the Brampton mayor appeals to Tamil community representatives, telling them that he needs their “help” in order to win the leadership of the federal Conservative party, because the people he has to beat “are the same people who put the ban on” the Tamil Tigers. Brown suggested his sympathies for the Tamil community have led him to be branded by the Sri Lankan High Commission in Canada “as LTTE,” — which stands for Liberation Tigers of Tamil Eelam, otherwise known as the Tamil Tigers.

Policy from Charest: Jean Charest made a policy promise Tuesday, saying he would expand parental leave and allow pregnant women to access the federal child care benefit, and provide financial help for parents of kids not enrolled in one of the subsidized programs, the Star reports.

Scorched earth: At CTV, Don Martin has a sharp column noting that the open attacks and counterattacks between warring CPC factions are without precedent, and might do the party long-term damage.

It’s scorched earth with a month to go before the FIRST debate even starts raising the temperature to a boil. One can only image what the public will think of either frontrunner’s qualifications for leadership if this blitzkrieg of character assassination continues for the five more months until voting day. By then the confused Conservative member will be convinced Charest is a Justin Trudeau clone and Poilievre is Maxime Bernier’s twin. It sets up the spectacle of the first governing party of Confederation being ripped in two while the Liberal enemy is laughing on the sidelines.

Deterioration: CP has a follow on its lurid story yesterday about allegations of dirty tricks in Alberta. Observers of Alberta politics say the story is a sign that things have deteriorated in that province.

Red Deer redux: Speaking of deterioration and Alberta politics, Don Braid, in the Calgary Herald, has a column comparing the scene at the Sheraton Hotel in Red Deer five years ago — when an ascendant Jason Kenney packed the hall — to the scene last Saturday, when Kenney addressed a small, hand-picked crowd as he struggles to hang on as leader.

Trudeau attacks: If Braid’s column wasn’t enough to bring Kenney down, Trudeau was also in Edmonton on Tuesday, attacking the province for blocking safe consumption sites as a response to the opioid epidemic, CP reports:  “As a government, we’ve continued to push for safe consumption sites. It’s unfortunate to see Alberta going in the opposite direction, away from a science-based and harm reduction approach. We know that municipal leaders, like here in Edmonton, are serious about supporting people through this terrible tragedy.”

A happy premier: Francois Legault was celebrating a by-election victory in suburban Montreal on Tuesday, the Gazette reports. CAQ picked up a seat from the PQ, and the upstart provincial Conservatives leapfrogged over the Liberals.